BlackBerry Blend Appears on BlackBerry World Ahead of Passport's Launch 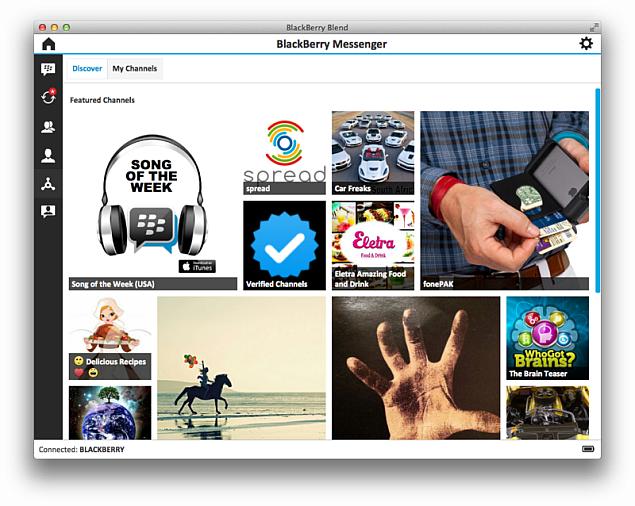 BlackBerry Blend, an anticipated service by the Canadian smartphone maker that enables users to connect to their BlackBerry smartphone via desktops, laptops or tablets, has started appearing on the BlackBerry World. The service is expected to be officially unveiled alongside the BlackBerry Passport handset at the company's September 24 events in Toronto, London, and Dubai.

The service, though listed under the 'My World' section of BlackBerry World, leads to an error page when clicked. The listing was first reported by CrackBerry, which also details the features of the service.

The users can access almost all their information from their compatible BlackBerry handsets, and access it over Blend supporting tablets and PCs in the office. In addition, users can access the company's intranet via Blend if the firm uses BlackBerry Enterprise Services 10.

BlackBerry Blend lets users view and reply to messages from different accounts in the BlackBerry Hub; access their BBM chats, groups, Channels; view their daily, weekly and monthly schedules; create new entries in the calendar and edit the existing ones, and complete various tasks created using BlackBerry Desktop Software or BlackBerry Link. Some of the tasks included are back-up and restoring of data, switching to a different device, copying music, videos and images between a Blend supporting PC or tablet and BB10 device. 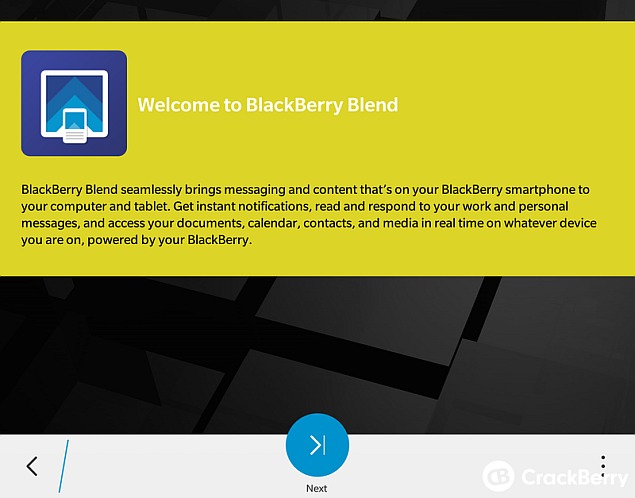 The firm last week sent invites to an event in Dubai, London and Toronto on September 24. While the company did not mention anything on the invite, it did mention "See The Bigger Picture" indicating the Passport's big screen.

Although the design of the BlackBerry Passport is already official, the manufacturer had only revealed it to feature a 4.5-inch 1440x1440 pixel resolution display with a pixel density of 453ppi, and run BlackBerry 10.3 OS.

Other purported specifications of the device include a 2.2GHz quad-core Snapdragon 800 (MSM8974-AA) processor; an Adreno 330 GPU; 3GB of RAM; 32GB of inbuilt storage, expandable storage via microSD card (up to 64GB); a 13-megapixel rear camera with BSI sensor; a 2-megapixel front camera, and a 3450mAh battery.

Along with the BlackBerry Passport and Blend, BlackBerry Q20 might also see the light of the day. Earlier this month, the Q20 was spotted in some images online along with some camera samples.