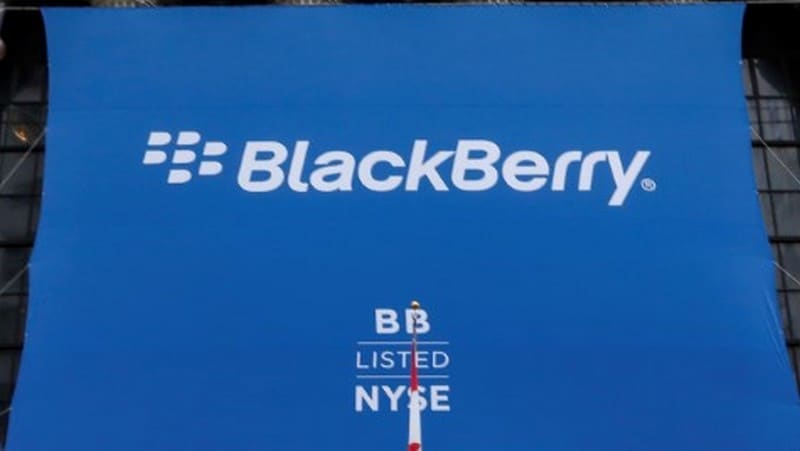 BlackBerry reported a fourth-quarter profit on Wednesday that beat analysts' estimates and said it expects strong billings at its high-margin software and services business for the full year.

The company, which reinvented itself after customers ditched its smartphones for Apple's iPhones and Android devices, said revenue from its enterprise software and services business rose about 19 percent to $108 million (roughly Rs. 703 crores).

The company extended CEO Chen's contract earlier this month, and followed that up with two big deals in software security - one with Jaguar Land Rover and the other with Microsoft.

BlackBerry, which had about 3,500 enterprise customer orders in the reported quarter, expects total company software and services billings to grow by double digits in 2019.

"BlackBerry's subscription revenue is coming up good. If billings are going up that means their models are transitioning very well to a subscription model," Global Equities Research's Trip Chowdhry told Reuters.

The company's quarterly profit beat was helped by higher margins on software and services sales. BlackBerry's gross margins rose to 76 percent of the revenue, from 60.1 percent a year earlier.

Excluding items, the Waterloo, Ontario-based company earned 5 cents per share. Analysts on average had expected the company to break even, according to Thomson Reuters I/B/E/S.

BlackBerry shares were down marginally on the Toronto Stock Exchange.

Redmi 5A to Go on Sale in India Today via Flipkart, Mi.com
Airbnb to Start Sharing Chinese Host Information With Government