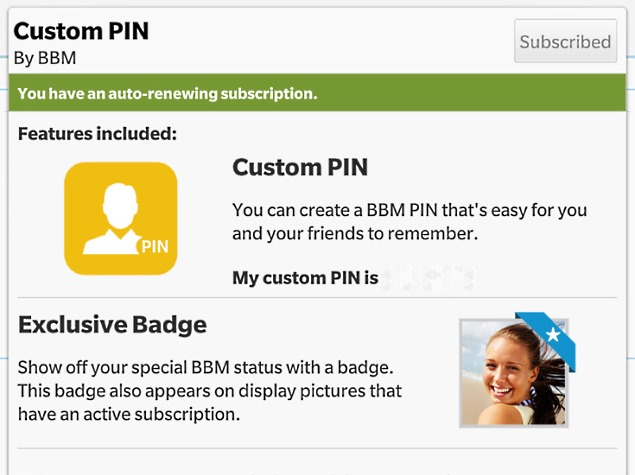 BlackBerry has announced that the firm will roll out Android Wear support update for BBM for Android on Monday.

The updated BBM app for BlackBerry 10 and Android devices will be available on Monday and iOS soon, said Blackberry on its blog.

Last time around at CES 2015, the Canadian firm had showed off the updated BBM for Android Wear saying that the update will be available soon, without having detailed any time-frame.

On Sunday, BlackBerry detailed that it is now adding two new subscription models in BBM and will be available at launch - "No Ads" and "Custom PIN". The updated BBM app with the support for Android Wear will come to everyone free of charge.

"If you're newer to BBM, all PINs follow a specific alphanumeric format, and look something like '2668C1AD'. I've seen PINs all over the place - on business cards, email signatures, flyers, and in some parts of the world, taxis !" writes Jesse Aris from the firm's marketing team on the blog.

Coming to the update, BlackBerry had last updated the BBM app in December with group stickers and more features. This time around, apart from Android Wear support, company has added support for photos in group chats.

Additionally, for iOS version of the BBM, BlackBerry has now added support for Apple's Touch ID, which will enable iOS users to protect their BBM chats using fingerprints or via added 4-digit passcode.

At the time of writing this report, Google Play India still lists the older version (varies with devices) of the app.