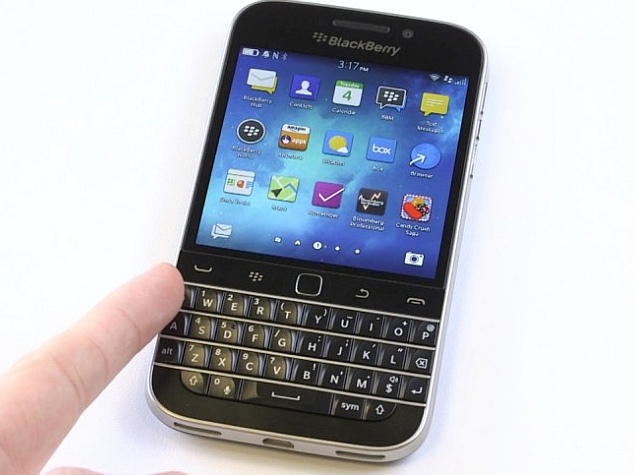 BlackBerry, on Wednesday announced that its popular BBM messaging app for Android has touched the milestone of 100 million downloads or installs since its launch on the platform in October 2013. The firm added that around 65 percent of the total 2.4 million reviews for the app were positive and were rated 5-star.

"Of course, Android is just one of the four platforms on which BBM is now available. The others, of course, are BlackBerry, iOS, and Windows Phone. So while 100 million installs is a big number, it's still just a fraction of the total," the company blog post said.

The firm added that BBM for Android users have sent over 1 billion stickers and the firm is achieving 1 billion virtual goods impressions per month in the BBM shop. "All these numbers just go to show the tremendous momentum behind BBM right now."

BlackBerry earlier this week on Monday updated its BBM for Android to version 2.7. The new version bring number of new features dealing with user's ease of access and sharing of content. The BBM v2.7 for Android brings one of the much-requested feature, Custom BBM PINs, which the firm says is unique and easy to share across. Users would be able to create 6-8 digit alphanumeric custom pin, which can be purchased from BBM shop at $1.99 (roughly Rs. 124) per month. Users can also buy a no-ad subscription, which will remove advertisements from the BBM Feed, at $0.99 (roughly Rs. 62) per month.

The BBM update also finally brings the app to the Android Wear platform, as announced in CES 2015. The Android Wear app version of BBM will include features like receiving alerts, view the sender, preview messages, read BBM messages, dismissing notifications, replay to messages using Google Now or a set of predefined texts, and accept BBM invites.

Other features in the updated BBM for Android include multiple channel contributors and sharing photos in group chats. The updated BBM app is available to download from Google Play.