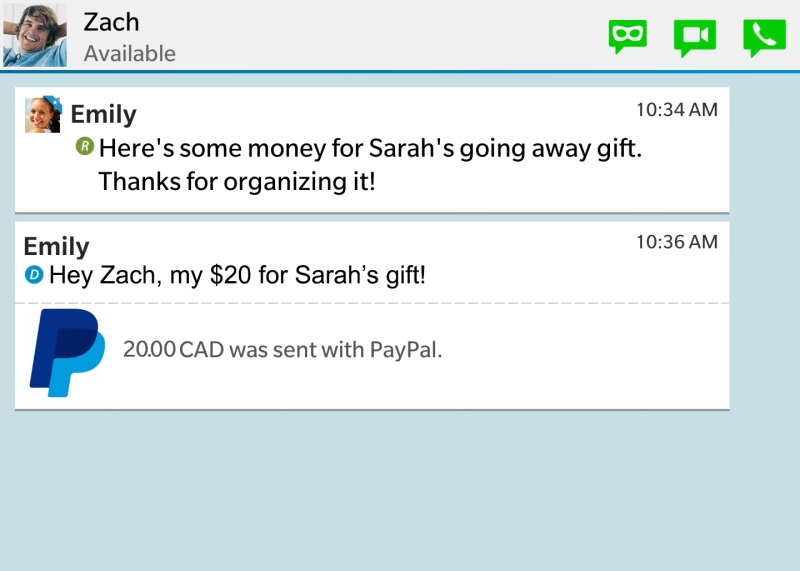 BlackBerry has started rolling out an update for its BBM messaging app on Android, iOS, and BB10 platforms with couple of new features for users. The firm also announced the extension of the app for Apple Watch.

The app update would now let every BBM user send money to other BBM contacts securely with the integrated PayPal service. The feature was introduced in August this year but was under testing stages with select BB10, Android, and iOS users in Canada. Users would need to connect their PayPal account to BBM to transfer the money, while the recipients would need to do the same.

The Canadian firm has promised to bring more partners on board for mobile payment service. "We're not done yet - the PayPal partnership is just one of many exciting developments on the way for mobile payments. Stay tuned as we add support for additional finance and banking partners, all wrapped up with world-class BlackBerry security standards," said the company blog post. 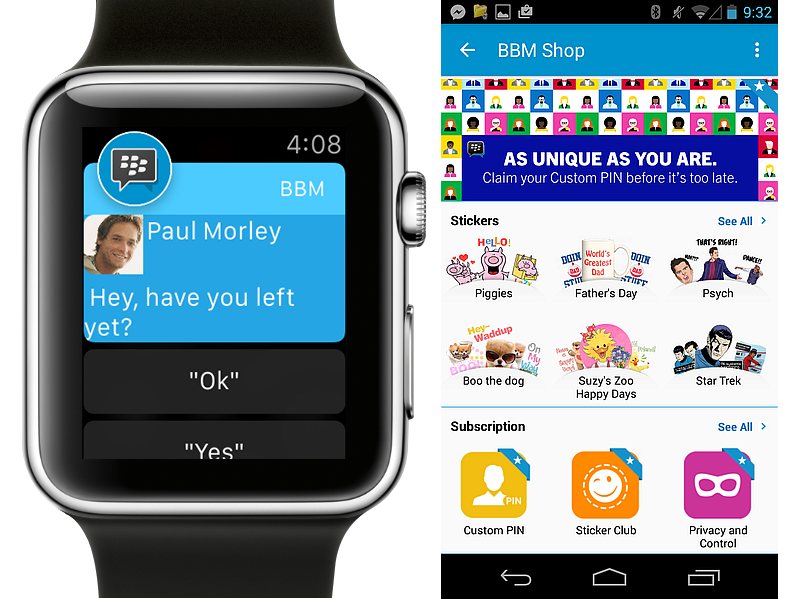 The BlackBerry Messenger update for Android, iOS, and BB10 OS (10.10.6.26) also includes BBM Sticker Club. Users can subscribe to the club to access new sticker packs provided regularly by the firm. It additionally brings the ability to view, like, and comment on group pictures and other events in the feeds. Also, if a screenshot is taken during a BBM Private Chat, an in-chat notification would be sent to the other user. The BBM Voice connectivity has also improved.

Android users will be able to re-order sticker packs to place their favourite stickers on top for easy access. They can also customise the font size inside the BBM app using pinch-to-zoom functionality.

As for iOS 9 users, the app version 291.0.1.85 supports Quick Reply functionality. Other iOS users can send videos as attachments within conversations. The app is now available for WatchOS 2 as well. Apple Watch users can reply to BBM messages and send quick replies without opening the app in their smartphones. The updated app can be downloaded from Google Play, App Store, and BlackBerry App World.