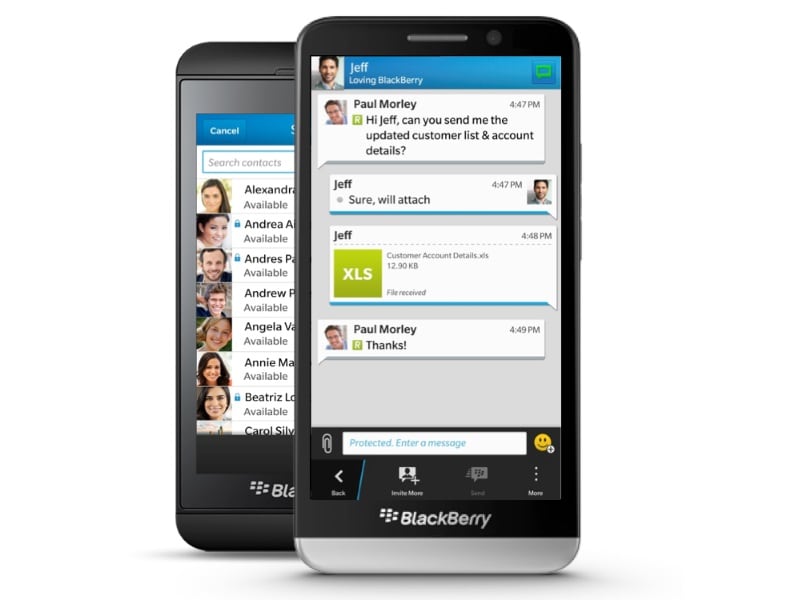 BlackBerry's BBM Enterprise Software Development Kit (SDK) is now available to all developers, allowing them to integrate BlackBerry Messenger (BBM) secure messaging, voice and video capabilities into their applications and services for Android as well as iOS. The Canadian company released the BBM Enterprise SDK earlier this year to select developers, and now it's available to everyone.

"Since announcing our limited release earlier this year, more than 60 ISV partners are building and embedding apps using our SDK for Android and iOS devices," BlackBerry's Dan Auker said in an official blog post announcing the general availability. The BBM Enterprise SDK is an IP-based solution running on the BlackBerry NOC network, the post added.

With the general availability of its BBM Enterprise SDK, BlackBerry is targeting services like Twilio which also provides similar applications though without features that are exclusive to BBM.

According to Venturebeat, using the service for just text messaging will cost $29 (approximately per user per year, while developers who want to use voice and video capabilities will have to pay $79 per user per year. This makes the service too expensive for most consumer applications, though even with the name of the SDK - and its positioning - BlackBerry is targeting enterprise customers.