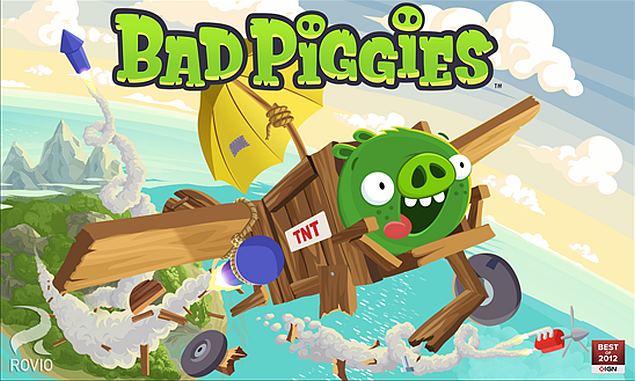 Rovio Entertainment has finally released its Bad Piggies game on the Windows Phone platform. The game has been available for Android and iOS users since September 2012 (roughly 18 months).

Bad Piggies features the poor pigs as the chief characters in the game, first seen as villains in the Angry Birds. Bad Piggies is similar to Angry Birds but from the viewpoint of the pigs. In the game, the users would have to create an "ultimate flying" vehicle that would carry the pigs to a safe destination. The players have the access to a number of items with which the vehicle can be made, which is the challenging part.

The Bad Piggies game has over 200 levels and is said to soon get more gameplay in form of free updates. The app is available to download from Windows Phone Store and costs Rs. 55. The game is compatible with both Windows Phone 8 OS and Windows Phone 8.1 OS.

Word Monsters has to be completed within the time frame in the correct order to pass the level. Some of the themes that have been included are fruits, names, items in refrigerators and pop songs from the 80s, amongst others. Rovio says that users can compete with friends or challenge their own high scores to get their 'three gold stars' of fame for every theme.