Users will be able to ask Alexa to read out a title from the free catalogue. 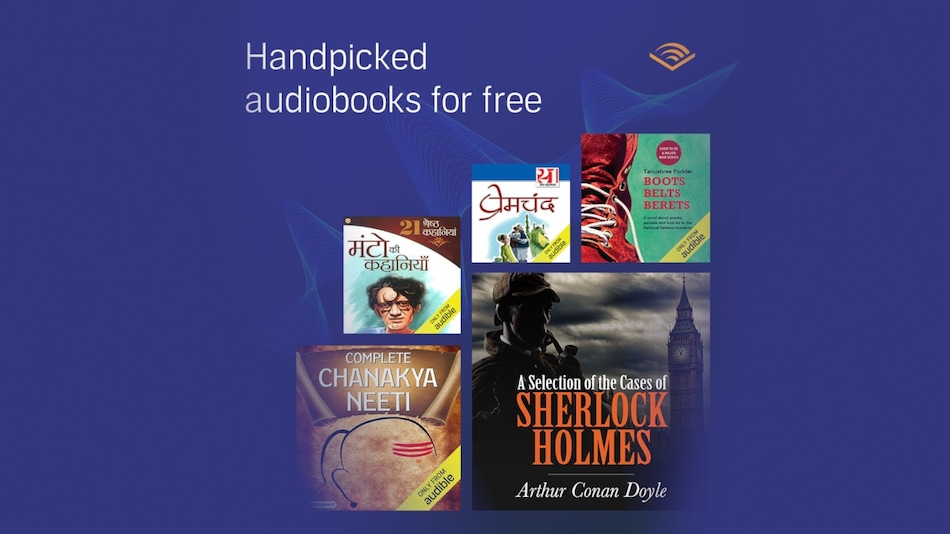 Audible has announced the launch of more than 100 audiobooks for free via Alexa, including English titles such as "A Selection of the Cases of Sherlock Holmes", "A Tale of Two Cities", "The Complete Chanakya Neeti", "The Mystic Sinners", and "On The Double". Hindi audiobooks such as "21 Shreshth Kahaniyan Prem Chand", and "Shiv Puran" will also be available via Alexa, according to the company. Users will be able to ask Alexa to read one of the free audiobooks from Audible in order to access these titles.

The Amazon-owned audiobook service has announced that readers will be able to access these titles for free, as part of what the company says are efforts to make the experience more accessible. This means that users without an Audible subscription will be able to access these free titles, and they can be accessed via devices which feature the company's Alexa voice assistant including Amazon Echo and Fire TV. Readers might recall that Audible Plus was announced in October, offering over 15,000 titles to Audible members at no extra cost.

According to Audible, users will be able to access over 100 audiobooks including the previously mentioned English and Hindi titles like "A Tale of Two Cities" (Charles Dickens), "A Selection of the Cases of Sherlock Holmes" (Arthur Conan Doyle), "The Complete Chanakya Neeti" (R.P. Jain), "The Mystic Sinners" (Proyashi Barua), and "On The Double" (Tanushree Podder), "21 Shreshth Kahaniyan Prem Chand" (Munshi Premchand), and "Shiv Puran" (Dr. Vinay Neeraj) as part of the free catalogue.

In order to access these free audiobooks launched by Audible, users will have to ask Alexa, "What is free on Audible?" in English or in Hindi, which will offer them over 100 free titles to choose from. They can then call out the book's title and Alexa will begin reading it aloud. However, users who want to continue reading books that are not part of the free catalogue will still need an Audible subscription, which is currently priced at a monthly fee of Rs. 199. Amazon says that users will be able to easily switch between devices, continuing playback on one device after pausing it on another, using Alexa voice commands.