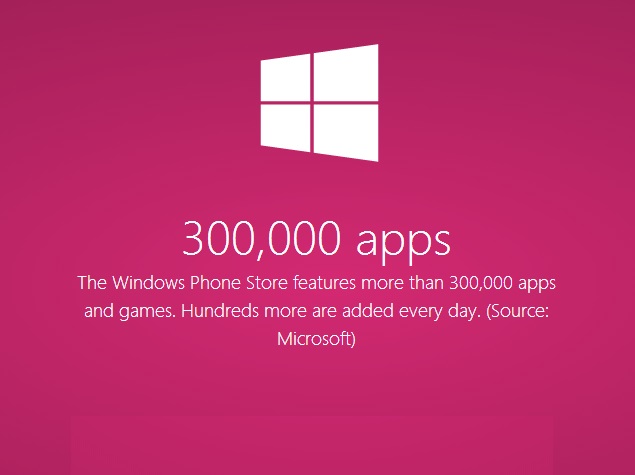 Microsoft has claimed that its Windows Phone Store now has more than 300,000 apps. The Redmond giant, on the other hand, revealed that it is retiring all Skype apps for Windows Phone 7.

The Redmond giant confirmed the new milestone by updating its "by the numbers" page that features a collection of visual statistics about Microsoft's products and services. The page notes, "The Windows Phone Store features more than 300,000 apps and games. Hundreds more are added every day."

On being asked about the exact time frame when the 300,000 apps mark was touched, the spokesperson revealed that the Windows Phone Store passed the milestone at the end of June.

In the meanwhile, Microsoft confirmed that it will retire all Skype apps for Windows Phone 7 and will also end support for Macs running OS X 10.5.8 or below. 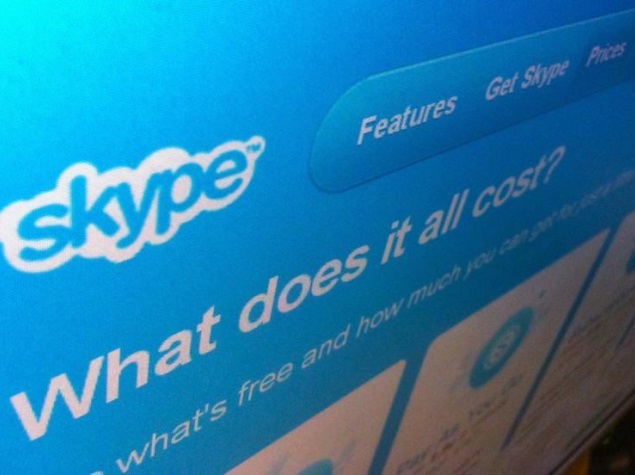 Skype in a support page titled "Is Skype for Windows Phone 7 being discontinued?", first reported by TNW, said, "Yes. We want everyone to experience the best Skype has to offer - from enhanced quality to better reliability to improved security - and the newest version of Skype is the way to do that. So everyone can benefit from the latest improvements, we sometimes retire older versions of Skype across all platforms, including mobile devices. For that reason, we are permanently retiring all Skype apps for Windows Phone 7."

Meanwhile, Skype also confirmed to end support for Macs with older generation OS X, reported by Apple Insider and TUAW. The company in an official response to an issue said that it no longer supports anything lower than OS X 10.6.