As apps move into cars, so do more distractions 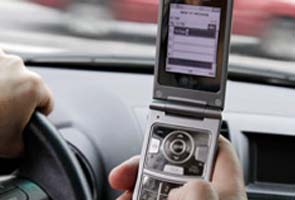 Highlights
There have been the sexy horsepower wars and dull best-in-class fuel-efficiency battles. Now automakers are fighting an undeclared, escalating war over in-dash apps, worrying regulators about even more distracted driving.

Automakers say they are concerned too, but that hasn't stopped them from connecting smartphones to in-dash systems and putting Internet-based information into so-called connected cars for 2013. While some Web-based apps offer features similar to those already available in traditional car stereo systems, like the streaming music service Pandora, newer offerings will let drivers order movie tickets, scroll through restaurant reviews and even check Facebook updates.

Mercedes-Benz in its just-released second generation Mbrace2 system offers six apps, including Yelp, Google Local Search and Facebook, which will allow you only to check in. Acura, Honda and Subaru plan to introduce a suite of streaming services using Aha, a division of the telematics company Harman. Facebook will be included, and one of the services Aha will offer is the reading of Facebook posts aloud. Facebook is also in the new version of the Lexus Enform system, along with six other apps, including movie ticket ordering, restaurant listings and Yelp.

So in addition to navigating to a friend's beach house, drivers with connected services and apps will be able to get recommendations for Thai restaurants near their destination, find the cheapest gas en route, check in on Facebook so friends know they're on the way and switch to streaming Internet radio when the local FM station plays one too many Adele songs.

Carmakers say customers are demanding these features, driven by the popularity of touch-screen smartphones and tablets. Michael Deitz, Hyundai's senior group manager for connected cars, says the company has attracted over 100,000 subscribers in less than a year for its Blue Link connected car service, which starts at $79 a year. Meanwhile, at the New York auto show in April, Don Butler, Cadillac's vice president for marketing, played up the similarities between the company's new touch-screen CUE system and Apple's iPad.

"The majority of auto companies are reactive," Robert Acker, Aha's general manager, says of the apps arms race. "They see some announcement some other automaker made and they want to have the same services in their car."

Government regulators are concerned. In February, the National Highway Traffic Safety Administration issued a 177-page set of proposed guidelines for in-car electronics. The report repeatedly mentions the complexity of dashboard displays and services that include Twitter posting in traffic, checking restaurant recommendations and buying tickets from behind the wheel.

Car manufacturers say the reality is that drivers are already using these features on their phones while driving. The goal, they argue, is to offer fewer distractions with built-in systems that use, for example, voice commands, buttons on the steering column and large touch screens.

"They are using these apps on their smartphones, anyway," says Jim Buczkowski, Ford's director of electrical and electronics systems. "So how can we enable them in a nondistracting way?" Getting drivers to put down their phones is the goal.

Car designers do extensive testing in simulators to determine how long it takes a driver to recognize an on-screen icon or instruction, understand a spoken command or recognize a warning alarm. However, when it comes to connected services, there are no established conventions. Some interfaces allow drivers to scroll through a list of items, others don't. Some systems do not allow drivers to use touch screens, others emphasize them.

"We consider the size of text and the number of items per screen" in order to reduce the amount of time a driver may glance away from the road, said Sam Adams, cross car line services manager for Mercedes-Benz, which doesn't use touch screens. Most systems also prevent drivers from using on-screen keyboards to enter addresses while the car is in motion, something automakers point out portable navigation devices and smartphones do not do.

"But we only allow one or two clicks, and the keyboard is locked out," said Kevin Pratt, product education manager for Lexus. The company eschews touch screens, which it considers too distracting. Lexus instead uses a mouselike pointer on the center arm rest under the driver's hand.

Still, this increased level of complexity is clearly causing concern for automakers. Lexus, for example, has technology specialists at its dealerships to assist new owners, and Mr. Pratt says he believes new buyers need about two hours to be shown the new features. At Cadillac, in spite of claims that the new touch-screen CUE system is a paragon of simplicity, the company is releasing an iPad app that mirrors the features of the in-dash system so drivers can get some training before climbing into the front seat.

But there is little consensus about how or what apps should be made accessible to drivers.

"We definitely screen new apps to make sure they are appropriate for a vehicle," said Mr. Buczkowski of Ford. The company allows only apps that it has tested and approved, "but it's a judgment call; we don't have a formal filter for that," he says.

Some companies like Aha handle such chores for the automaker, but "there isn't a formal approval process" for adding additional content, Mr. Acker of Aha said.

Furthermore, the central tenet of such services is that they can be updated and changed by the automakers, a feature that wards off obsolescence. Even car companies that insist on building the software and services themselves, like Mercedes-Benz, say that what's on the dash can be upgraded instantly. Mercedes can update its Mbrace2 apps over the air directly to the car, a trend other automakers are likely to follow.

"Imagine getting into your car and having a completely different experience," Mr. Adams of Mercedes said.

The question remains, however, how quickly or even if drivers can safely adapt to such changes.

Jake Sigal, the founder and chief executive of Livio Radio, says any app that isn't directly related to audio, safety or navigation is a distraction. Mr. Sigal, whose company aggregates streaming music services to be played over car stereo systems, also acknowledges that left to their own devices, drivers go to extremes, mounting their iPhones on the dashboard.

Many of the companies involved in connected car services worry that government regulators will step in to eliminate them. Indeed, N.H.T.S.A., in its February report, even regards navigation as interfering "inherently with a driver's ability to safely control the vehicle." The agency points out that 17 percent, or nearly 900,000, of police-reported accidents in the United States in 2010 were because of driver distraction.

Among the report's recommendations is that any in-dash operation that requires the driver to look away from the road for more than two seconds be disabled. The agency also suggests banning manual text entry of more than six button or key presses during a single task and the use of more than 30 characters of text on a screen.

Some of the proposals are drawn from 2006 guidelines from the Alliance of Automobile Manufacturers, a trade group in Washington that represents 12 major automakers including Ford, General Motors and Mercedes-Benz.

But the N.H.T.S.A. proposals are only recommendations. The report points out that evidence of particular distractions is "not sufficient at this time to permit accurate estimation of the benefits and costs of a mandatory rule" regarding such a wide variety of connected car systems.

More important, the technology and services are changing so rapidly that any regulation would probably be obsolete by the time it became enforceable.