Apple is working with Chinese telecom firms on finding ways to reduce junk messages which are received through iMessage, state media reported on Thursday.

The company is exploring ways to further cut spam messages, including using advanced technology to identify junk messages and rolling out more tools to block hostile accounts, an Apple official was quoted as saying by the China News Service.

The smartphone giant has recently come under media fire in China over junk messages and unsolicited calls received by iPhone users in the country.

A report by Abacus News last month highlighted the issue, noting that iPhone users in China are taking to social network Weibo to complain about their junk message woes. Most of these iMessage spam messages - related to gambling - carry links to WeChat, or shady gambling websites, the report notes. 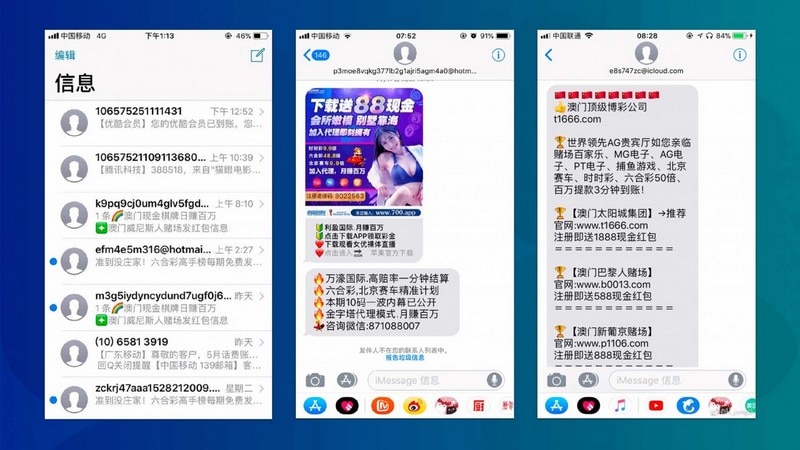 While telecom carriers in China have spam filtering options in place, they have no control over the iMessage app or texts sent by other third-party services. Keyword based filtering is not provided by Apple for iMessage.

In response to the report, Apple pointed to a support page that shows users how to block a phone number or email address. Users can alternatively choose to disable alerts for all messages from senders not in the user's contacts - these messages can be found in the Unknown Senders tab later. Finally, when users want to report a spammer, they can click on the 'Report Junk' link under the message.