By introducing the iMessage App Store, Apple has essentially invited developers of all kinds to come up with creative new ways to make the most out of the revamped messaging platform. This includes prank apps as well, which Apple seems to have a low tolerance for. A prank iMessage app by the name Phoneys sticker pack is being taken down the App Store by Apple. Phoneys lets users send iMessage-like bubble stickers, which makes them look like actual messages from friends.

(Also see: iMessage App Store Is Here and This Is Where It's Buried on Your iPhone)

The prank app reached number one in the Top Paid section in the iMessage App Store quickly after its launch on October 26. While Apple had initially approved the app, the Cupertino giant later stated that it does not accept "prank apps" and cited trademark infringement as one of the main reasons. 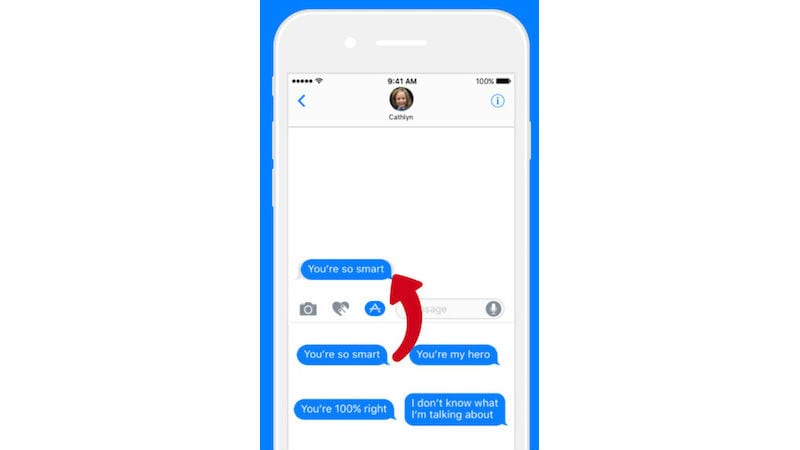 Phoneys developer, Adam Howell, was informed by Apple once the app reached number one. An Apple representative said that the app uses the San Francisco typeface and green and blue bubbles that iMessages uses, which is a trademark infringement.

Apple has given Howell a week to update the app to comply with Apple's guidelines or else the company will take it down. Apple has also offered to update the app that will turn the bubbles to a comic book-like look. This, according to Howell, defeats the whole purpose of Phoneys, which was meant to trick recipients into thinking they wrote something different. Comic book bubbles, however, will make it easy to identify which message is 'phoney' and which is the real.

Howell is yet to confirm whether he will comply with Apple's demand or whether he will take the app down. The point to notice here is that Apple initially allowed the app on its App Store and only took it down after it gained popularity. This brings to question how the App Review system for the iMessage App Store actually works and if this is part of a bigger oversight on Apple's part.

Those curious about the app can download it from the App Store for Rs. 60 before Apple takes it down.