Apple, famous for its hard stance on protecting users' privacy in many situations, could be leaking sensitive information. 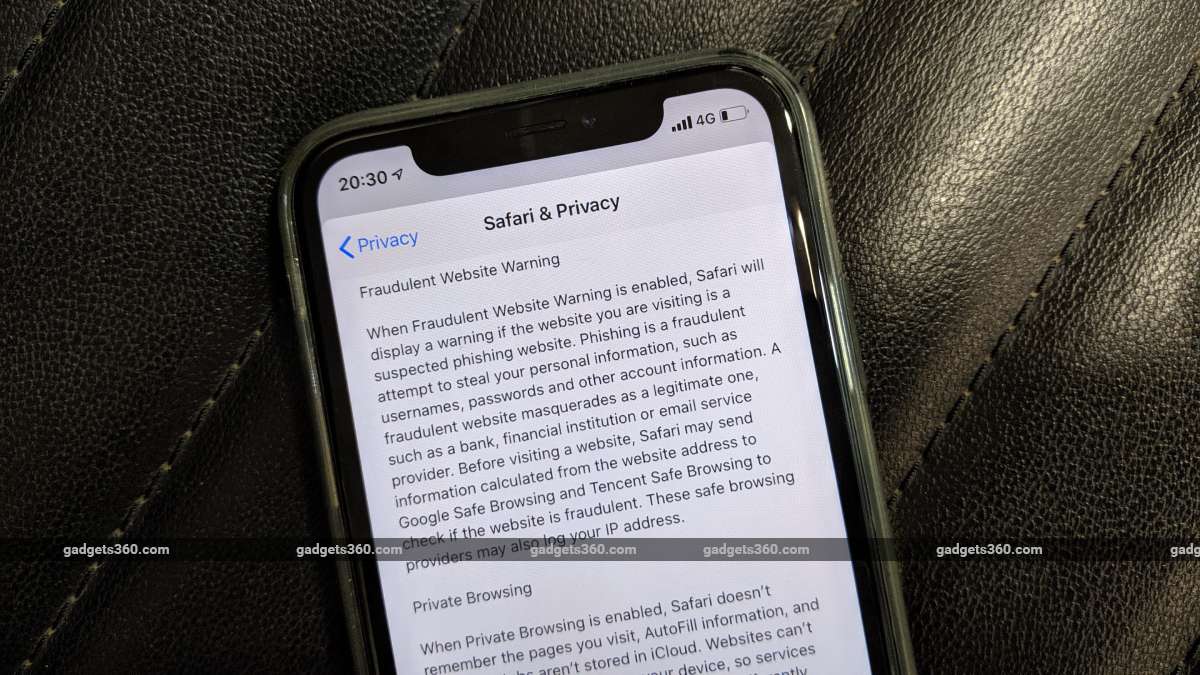 Apple has come under scrutiny following a post by the online privacy and rights blog Reclaim The Net which pointed out that users of the Safari Web browser might have had their browsing behaviour sent to Chinese tech giant Tencent. Safari uses Tencent's Safe Browsing filter in addition to Google Safe Browsing in order to protect users from phishing attacks and similar online scams IP addresses, raising concerns that the data might also be used to help track users' online activity and circumvent privacy measures. Apple has not been keeping this a secret, but the blog post points out that it is not known whether data only from users in China is sent to Tencent, or whether those in other parts of the world are also affected.

Update: Apple has responded to reports about it sending some browsing data to Tencent in a statement.

According to the blog post, Apple's privacy information page for Safari in iOS 13 clearly states that information might be sent to Tencent, but it is not clear how much data is sent or if there are any privacy protections in place. This appears to have been incorporated with iOS 12.2 for devices outside China, according to a tweet cited by Reclaim The Net, although AppleInsider points out that it was introduced within China with iOS 11.

Users can disable Safari's Fraudulent Website Warning feature, but it is enabled by default and many people might not even know that it is working in the background. It works by checking hashed versions of the website addresses that users attempt to visit against Google and Tencent's vast databases of known malicious websites. As this is happening, the user's IP address is also sent to the companies. By correlating these requests and tracking browsing patterns, it could be possible to identify individual users.

The notice is found several levels deep in the iOS Settings app, and also appears on iOS 12.2 and iOS 13 in India. Safari on macOS only names Google as a company that information will be sent to.

Reclaim The Net cites several examples showing that Tencent has close ties with the Chinese government, and suggests that the company might be forced to hand over data to be used for other purposes such as surveillance. The discovery comes against the backdrop of long-running protests in Hong Kong against Chinese political influence, as well as the recent controversy around game developer Blizzard banning a Hearthstone player and withholding his prize winnings for expressing support for Hong Kong.

Apple has also recently been in the news for pulling an app used by Hong Kong protestors to track police movements from the iOS App Store, and for removing the Taiwan flag emoji from iOS in China.

The company has not yet responded publicly to concerns about this new issue. Gadgets 360 reached out to Apple for comment, but did not hear back at the time of this report.