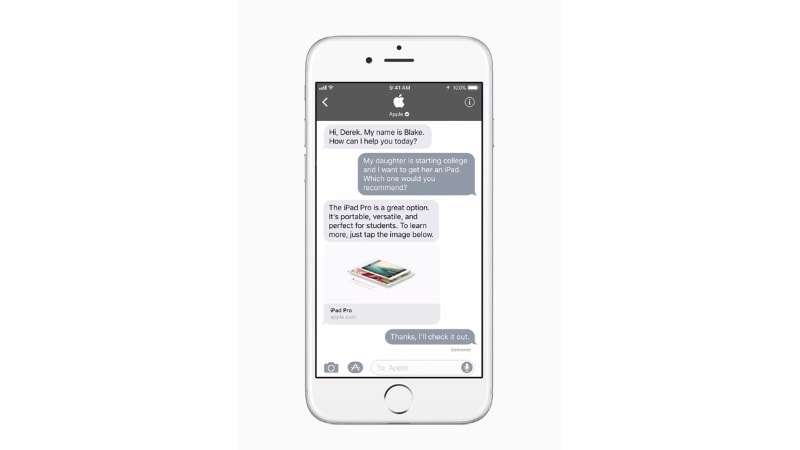 Apple made some major announcements at its WWDC 2017 keynote address on Monday and gave some key details about its upcoming iOS 11 platform. As it turns out, the Cupertino-based company is looking forward to improve user convenience in some ways while it has removed it from other aspects. On one hand, Apple has reportedly removed the system-level integration for social media apps from iOS 11, expectedly to ensure greater user privacy but also reducing convenience. On the other hand, the company will be introducing a new feature to allow users a different way to reach customer service support for different companies.

First talking about what has already been announced, the Settings in iOS 11 do not feature Social accounts and the third-party apps no longer have access to signed-in accounts, as pointed out by venture capitalist Sean Cook, and something that Axios also confirmed. This effectively means that the convenient single sign-on that was earlier available for various social apps such as Facebook and Twitter, thanks to the system-level integration, will no longer be available for users.

As the system-level integration for social accounts has been removed, iOS might allow users to log into the third-party apps using mobile Web on Safari, as pointed out in a report by The Verge. Alternatively, the company can also use a 'Password Autofill' solution to get around this inconvenience, which was teased by Ricky Mondello, a software engineer at Apple. Mondello is set to announce this iOS 11 feature on Wednesday.

Moving on to the increased convenience bit, Apple is set to announce its Business Chat feature on Friday. As per the description provided on its official website, this feature will allow users to interact with the customer service department for different companies from iPhone, iPad, and Apple Watch. With Business Chat feature, users can get answers to questions and get their issues resolved from Safari, Maps, Spotlight, and Siri.

As we don't have enough information about the feature just yet, we will have to wait for the official announcement to get more details about the feature. However, this seems to be a new way to help iOS users to reach out for customer service support without using other social platforms including Twitter and Facebook.