Apple Relabels 'Free' Download Button as 'Get' on App Stores 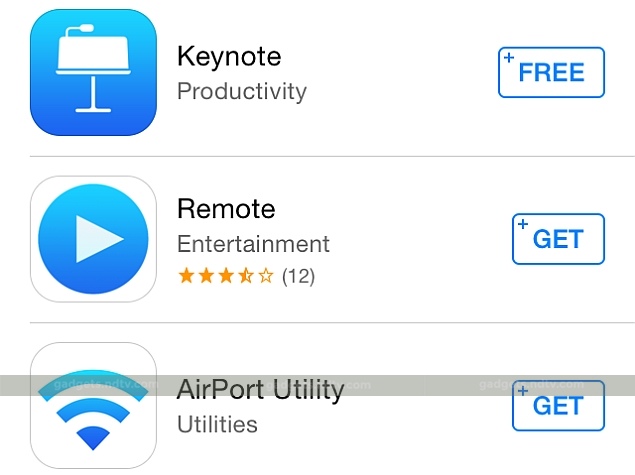 Apple, without making any big announcements, has made a minor yet noticeable change to its App Store (for iOS devices) and Mac App Store by changing the 'Free' label on the download button for free apps to 'Get'.

While there's no official word on the reason behind the change, it might be a reaction to the pressure Apple is facing from the European Commission. As per the European Commission (via Techcrunch), games labelled as 'Free' can mislead customers as they don't explicitly specify the presence of in-app purchases in the app.

If this is indeed a reaction to pressure from the EC, Apple doesn't seem to be limiting the change to European regions or only for games, but has begun is rolling it out worldwide. Notably, not all free apps are marked as 'Get' - some Apple apps are still marked as 'Free' - though the differing labels don't seem related to the presence of in-app purchases.

The move by Apple doesn't seem aimed at making it harder for children to rack-up hefty in-app purchases, an issue the company has been pulled up for several times in the past; however, only at making it plainly obvious that almost nothing is free. A report from June this year stated one case in Britain, where an 8-year-old girl managed to run up a bill of GBP 4,000 (roughly Rs. 3,88,000) making "in-app" purchases from games such as My Horse and Smurfs' Village. In that instance, Apple reimbursed the girl's father.

However, the firm's spokesperson at that time mentioned that, "Over the last year we made sure any app which enables customers to make in-app purchases is clearly marked." She was also added that the firm "will continue to work with the EC member states to respond to their concerns."

Apple's rival Google also reportedly made some changes in its Google Play store. The firm changed its 'Top Free Apps' and 'Top Free Games' to Top Apps and Top Games as the European Commission thought those labels could make users feel as if the app is completely free. The firm also started showing in-app purchase price ranges in app listings last month.