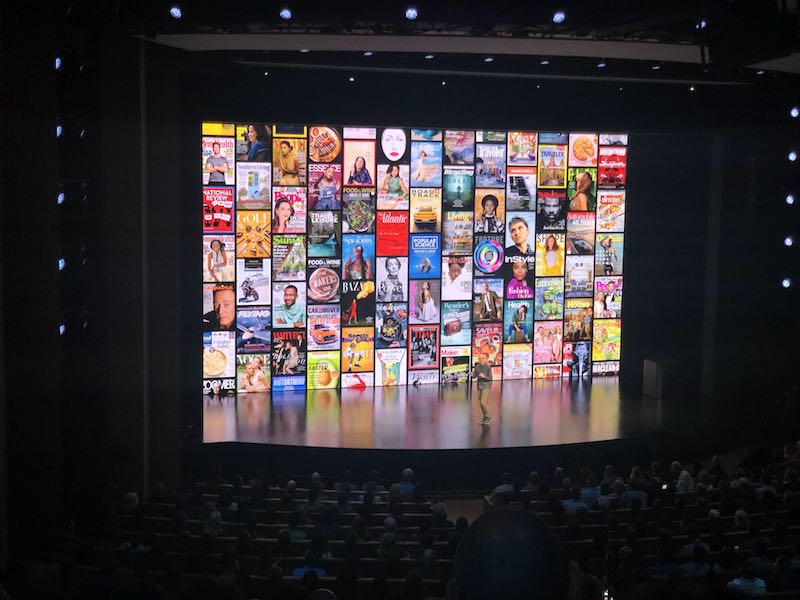 Apple's Apple News+ service will offer content from 300 popular magazines and newspapers for just $10 (roughly Rs. 690) a month. Unless you are wedded to print, it may be time to consider dumping your subscriptions.

While it was not immediately clear what was on offer across all publications, subscribing to the 300 titles would cost a whopping $8,000 (roughly Rs. 5.5 lakhs) per year, Apple executives said during a launch event at its Cupertino, California headquarters on Monday.

"It's a good value," said Merrill Brown, a media consultant and founder of The News Project, which is building technology for news providers.

Conde Nast - publisher of the New Yorker, Vogue and Wired magazines - will include the full load of stories from each print issue of its titles, plus other curated content on Apple News+.

The annual price of a $100 (roughly Rs. 6,900) digital subscription to the New Yorker plus a $20 annual subscription for Vanity Fair alone would equal the $120 annual cost of Apple News+, which will also include hundreds of other publications.

Conde Nast said it believes its current subscribers will continue to pay for the archives and digital content, which is not included in Apple News+.

Apple did not specify what will be made available by other publishers, leaving it to the publishers themselves to explain their role in the service.

The Wall Street Journal, one of the biggest daily titles included in Apple News+, said it will provide a selection of general interest news, but only Journal subscribers will continue to have exclusive access to its business reporting and analysis, said William Lewis, chief executive of Dow Jones and publisher of the Journal, in a memo on Monday. A monthly digital subscription to the Journal costs $39 per month.

A source briefed on the arrangement said all Journal content will technically be available on the Apple service, but that only certain stories would be promoted to users, mainly in the general news category. Readers will be able to find all Journal content through a search in the app, but will not be able to browse it freely, the source said.

Executives from Dow Jones, which owns the Journal, said during a company meeting on Monday that they do not believe existing subscribers will leave the paper for Apple's subscription service, and instead view the readers brought to the paper by Apple News+ as prospective customers for full subscriptions, according to a source who listened to the meeting.

The Los Angeles Times will also be part of Apple News+.

"Apple News editors will be able to curate current and recent coverage from all of our sections," said Los Angeles Times owner Patrick Soon-Shiong in a statement. "Some content, particularly our 137 years' worth of archives, will not be accessible through News+."

Conde Nast, along with Hearst and Meredith Corp, formed an unlimited magazine-reading app called Texture that Apple bought in March 2018.

Meredith said the full digital editions of its print magazines, such as People and Real Simple, will be available on Apple News+.

"Apple News+ subscribers can access current and past issues and individual articles from magazines," Apple said in a statement, but it will not allow advertisers to track what users read, and Apple itself will not have that data. That focus on privacy comes after numerous data scandals in the tech industry over the past year.

The New York Times, the largest US newspaper by subscribers, is unlikely be part of Apple's news service.

Chief Executive Mark Thompson previously told Reuters that the company was "leery" about consumers reading its journalism on other platforms and warned publishers of how Netflix disrupted the movie studio business and gained leverage by taking control of distribution.