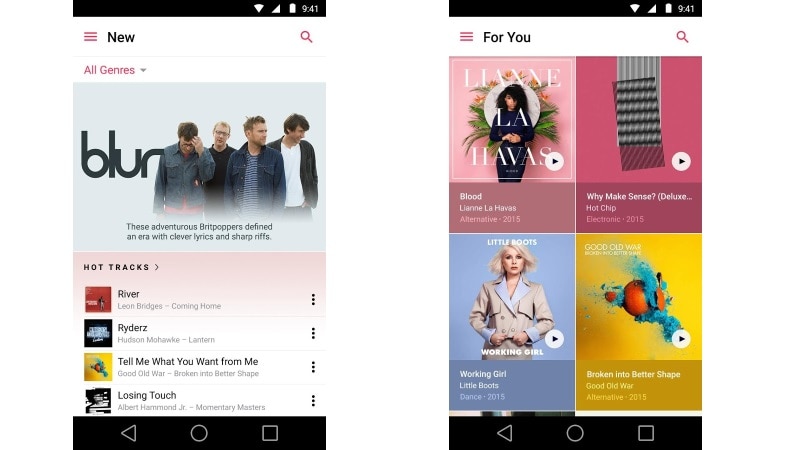 Even though Apple's music streaming service - Apple Music - came late to the party last year, it has managed to secure a user base for itself. The Android app, which came out of its beta phase just last month after being launched in November last year, has now crossed 10 million downloads on Android.

Apple Music's achievement makes a strong statement as the streaming service had to compete with already well-established players like Spotify when it was launched by the Cupertino-based tech giant last year in June.

Apple announced at its WWDC event in June that its music streaming service had 15 million subscribed users while Spotify had around 30 million paid users around the same time.

However, In May, Spotify claimed that its service has seen a faster pace of growth since the launch of Apple Music.

Interestingly, Apple has been really generous in providing updates to the Android version of the app and even offers some of the features that are exclusive to Google's platform.

In February this year, Apple updated its Apple Music for Android app to allow users to save songs offline to their microSD cards, a feature that cannot ever be expected to come to iOS due to the restrictive behaviour of the ecosystem.

Just weeks after surprising everyone with addition of SD card support on Android, in March, the company embraced the difference that exists between its own OS and that of Google once again by introducing a home screen widget for Apple Music app on Android.

It can be said that the download numbers should act as an encouragement for the company ahead of the release of its next iPhone on Wednesday.