Apple and A.R. Rahman Tie Up for Mac Labs in Chennai, Mumbai

Apple has partnered with A.R. Rahman to open two new Mac Labs at the latter's KM Music Conservatory (KMMC) in Chennai, and the upcoming new campus in Mumbai, which will help students learn how to create music with Logic Pro X, Apple's proprietary music creation app for macOS.

Eddy Cue, Apple's SVP of Internet Software and Services, was in Mumbai to make the announcement. Alongside, Apple will also provide 10 full-time musical scholarships for students from underprivileged backgrounds.

“It’s an honour to be in Mumbai and I am humbled to be in the presence of the talented A.R. Rahman to make this announcement together,” Cue said in a statement. “Apple Music and the KM Music Conservatory share a deep love in discovering, sharing and nurturing musical talent and we’re proud to be supporting such an institution that is investing in the future arts and music community.” 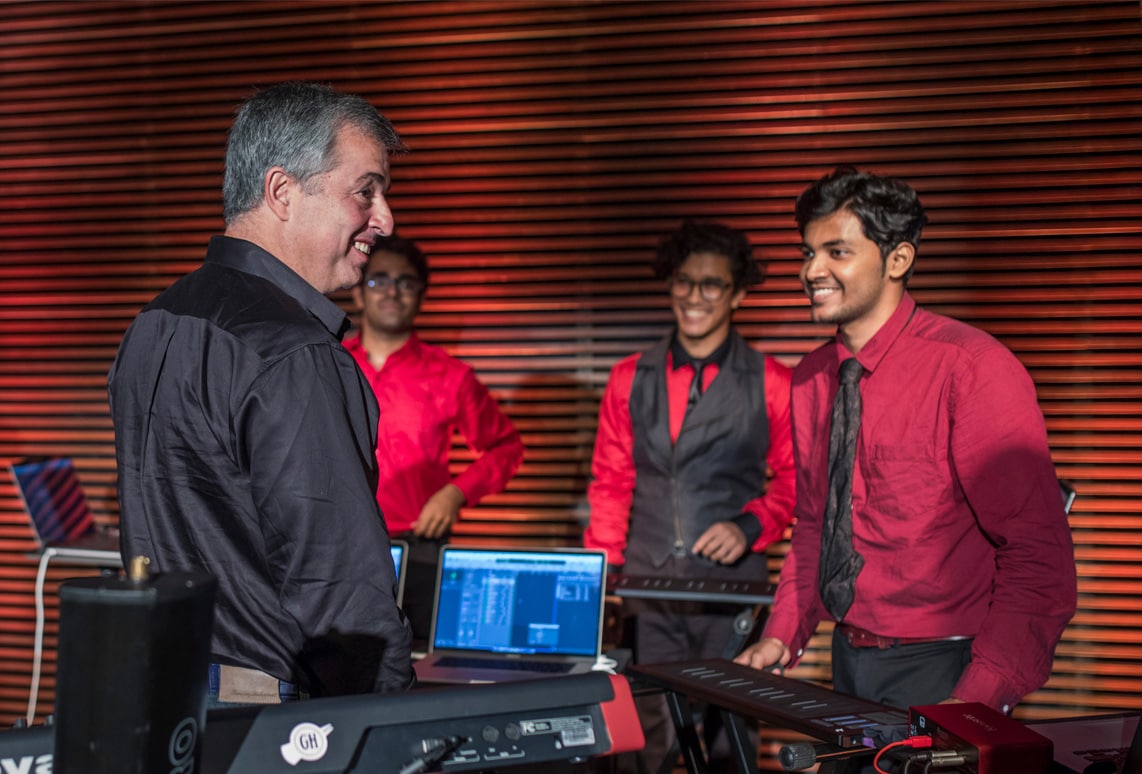 “Music is a healer for today’s world and we share the same affinity and love of music with Apple Music," Rahman added. "The labs and scholarships at KMMC make an invaluable contribution to helping to develop the talents of tomorrow’s musicians and composers. For over 20 years, I’ve been a loyal Logic Pro user and am excited to be on this journey together with Apple."

Rahman is a founding member of the KM Music Conservatory, which kicked off operations in 2008 in Arumbakkam, Chennai. It offers both part-time and full-time courses in Hindustani and Western classical music, with those opting for the two-year diploma able to continue their studies for a third year at Middlesex University, London, to complete the BA in Music.

Further reading: Apple, AR Rahman, Logic Pro X, macOS
Akhil Arora Email Akhil Akhil Arora covers entertainment for Gadgets 360, interviewing stars such as Christian Bale and Anurag Kashyap, covering series premieres, product and service launches across the globe, and looking at American blockbusters and Indian dramas from a global socio-political and feminist perspective. As a Rotten Tomatoes-certified film critic, Akhil has reviewed over 150 movies and TV shows in over half a decade at Gadgets 360. When he is not completely caught up with new film and TV releases, Akhil ...More
Apple's India Manufacturing Proposal Being Weighed by Government: Kannanthanam
Apple Said to Near TV Deal With Steven Spielberg for 'Amazing Stories'

Apple and A.R. Rahman Tie Up for Mac Labs in Chennai, Mumbai
Comment