First noted by app developer David Barnard on Twitter, Apple is said to have added a confirmation step for the App Store subscriptions. A pop-up titled Confirm Subscription emerges once users authenticate the subscription via Touch ID or Face ID to get final confirmation from the user side. "The subscription will continue unless cancelled in Settings at least one day before a subscription period ends," reads the text on the pop-up. 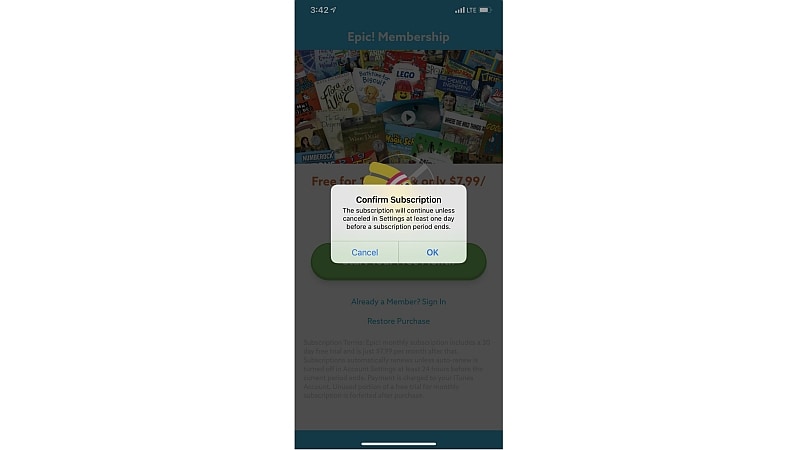 Users need to tap the OK button on the pop-up to finalise the subscription, or else, they can tap the Cancel button to revoke the subscription. By this way, Apple is apparently set to limit accidental subscriptions, which is one of the major problems pertaining to subscriptions on the App Store.

It appears that Apple hasn't rolled out the new reported change for its users worldwide. We weren't able to spot it on our iOS 12.2.1-running iPhone models at the time of filing this story.

As we mentioned, Apple in February made it easier for iOS users to manage their subscriptions via the App Store using the "Manage Subscriptions" shortcut. The company also recently updated its Human Interface Guidelines and App Store documentation pages to enhance clarity around how apps charge subscriptions.