All you need to do is visit the Today tab on the App Store to avail daily surprises.

Apple is celebrating Christmas with its iPhone and iPad users by offering giveaways through the App Store. Until December 29, the Cupertino company is hosting daily surprises through which users can avail deals on paid apps and games. All you need to do is head to the App Store on your iPhone or iPad to avail the surprise of the day. The latest promotional move appears similar to how Apple hosted its “12 Days of Christmas” campaign in the past that had brought offers on various apps, songs, and ebooks. However, the campaign was cancelled in 2014.

The new holiday offer from Apple can be availed by going through the Today tab of the App Store. It is currently live for users in Australia and some Asian countries, reports 9to5Mac. 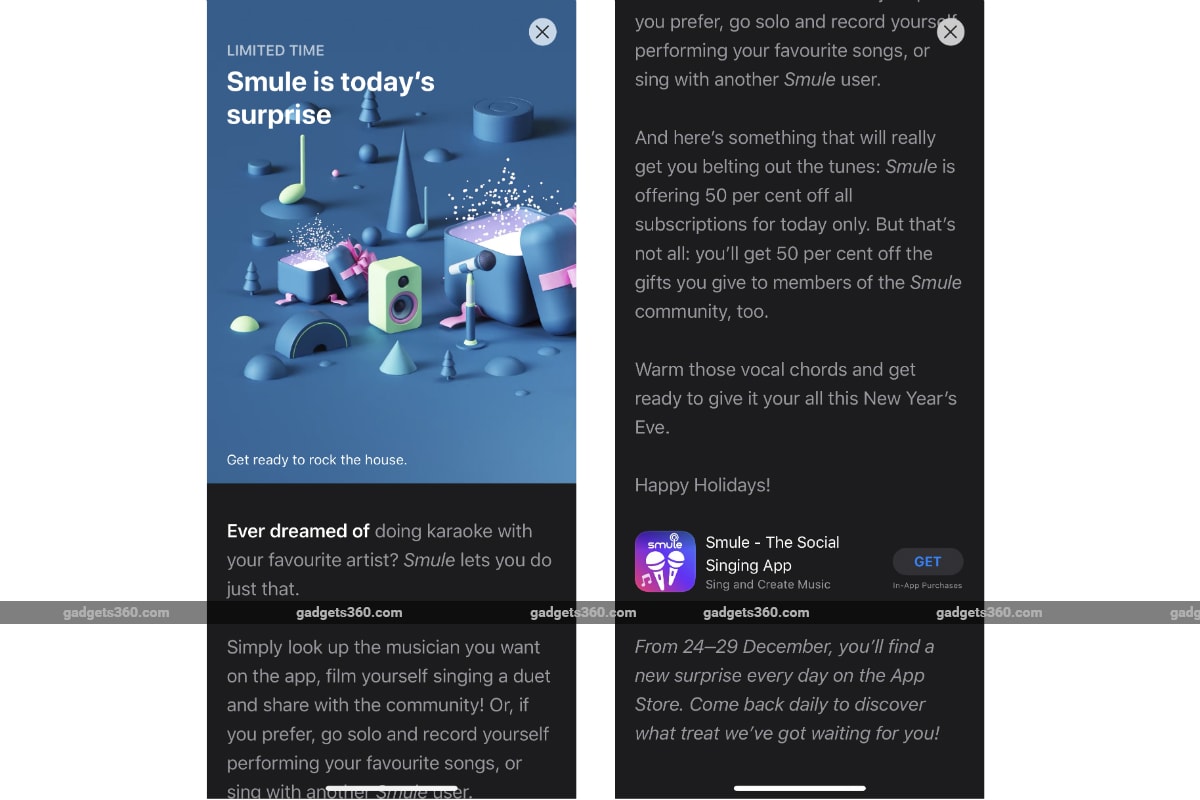 The listing on the App Store shows that the campaign is live from December 24 and will continue until December 29. Also, it appears that the deals vary from region to region, which means what we'll get in India won't be available to the users in Australia or vice versa.

“From 24-29 December, you'll find a new surprise every day on the App Store. Come back daily to discover what treat we've got waiting for you!” the listing on the App Store reads.

Engadget noted that the new promotional offer was yet to hit the App Store in the US. Nevertheless, Apple is likely to bring it soon.