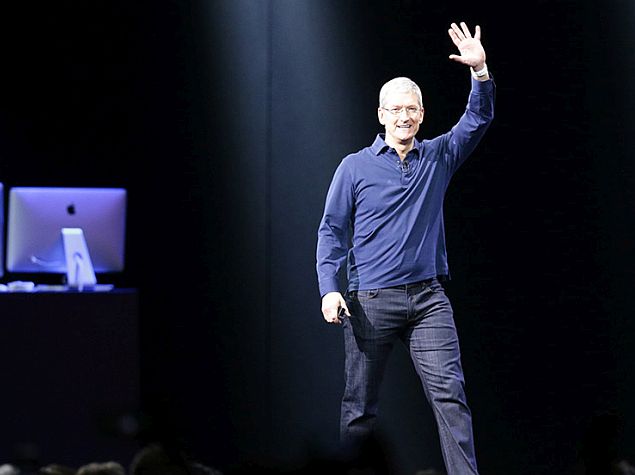 Cook revealed that the App Store passed 100 billion app downloads since its launch in 2008, while further noting that the App Store till date has paid out more than $30 billion to developers. The Cupertino-based company stressed that it "continues to be the most profitable app marketplace in the industry."

To give some context, a data-tracking firm earlier this year claimed that Google Play had outpaced Apple's App Store in app download numbers, with 60 percent more app downloads than the App Store in 2014.

The Apple CEO also announced that there are 1.5 million apps in the App Store, which might mean it is now past the number of Android apps in Google Play. An app ranking and analytics firm had claimed earlier this year that Google's Play store in 2014 jumped ahead of Apple's App Store in terms of the total number of apps for the first time, with over 1.43 million apps compared to 1.21 million.

Some of the other numbers shared by Cook during the WWDC keynote noted that there were 83 percent users now running iOS 8; WWDC had attendees from 70 countries, and 80 percent were first time attendees.

The company also claimed that 55 percent of Mac users are now running Yosemite stressing that "OS X Yosemite had the fastest adoption rate of any PC operating system in history."

Samsung Galaxy S6 Active With 5.1-Inch QHD Display, IP68 Rating Launched
Apple Music Will Be Available at Rs. 120 per Month in India and Everything Else You Need to Know