Angry Birds Virtual Reality Demo Gets Us Hungry for More 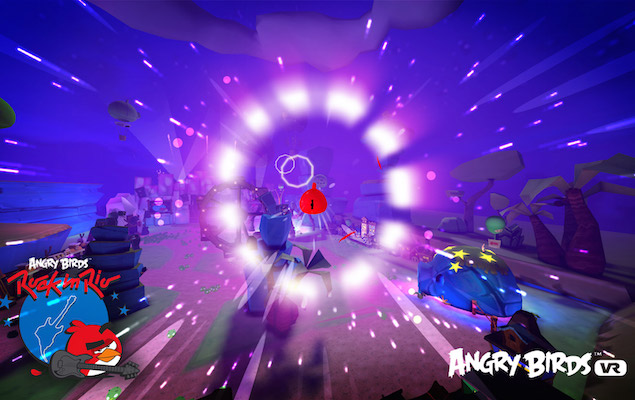 This however, is about to change. The Samsung Gear VR headset played host to a demo of Angry Birds VR. It was demoed to VIP pass holders at Las Vegas' Rock in Rio event last week. It's not clear if this is for a brand new game or just a promotional tactic for the event as it features landmarks from it.

Taking place in first-person view rather than the two dimensional view that we're used to, you'll be hurtling through rings instead of laying waste to fortresses commandeered by pigs.

It's an interesting take on the tried and tested formula, albeit a smart one. Reason being, it plays to the strengths of the platform rather than treating us to something that's been done to death.

From the point of view of Oculus VR and Samsung, big name franchises like Angry Birds and Temple Run are crucial to get a buy-in from prospective consumers to give VR a chance. For Rovio however, it's just another way for expose people to its brand of fowl play above and beyond the usual games, T-shirts, upcoming movie, and go karts among others.

In addition to this, Rovio recently launched Angry Birds Stella POP! globally in March. The game was soft launched in Canada in order to gauge user feedback prior to unleashing it on app stores the world over. The new Angry Birds game draws inspiration from Bubble Witch Saga and Bust-a-Move, having you pop bubbles to defeat the series' villainous pigs.