Rovio has been releasing regular updates for all its games in the Angry Birds franchise. Just recently, the company announced an update for Angry Birds Space taking the war to the Red Planet. The update was announced on the occasion of the Curiosity rover's highly celebrated touch down on Mars.

Pencils, apples, backpacks, playgrounds -- it's back to school time! But summer's not over yet: we've got some spectacular surprises in store! Brighten your day with 20 brand new schoolyard levels, new bonus levels, and a BRAND NEW BIRD.

Say hello to the UPLIFTING new bird! She's cute, pink, and bubbly -- but watch out, this girl is no pushover!

Groove to the new theme music in the fun new playground levels! 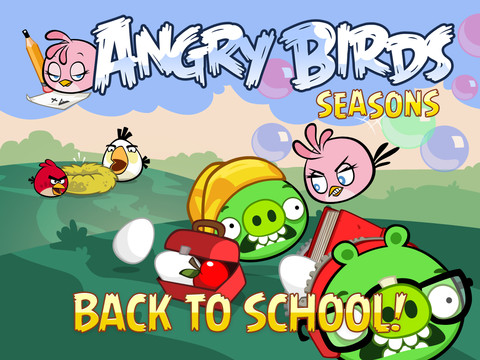