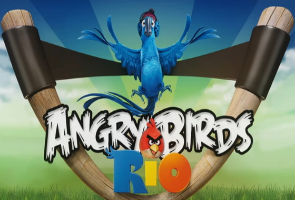 Highlights
The popular Angry Birds franchise has hit a new high after the blockbuster like success of the new Angry Birds Rio game. It has already been downloaded 10 million times in 10 days.

The game developers Rovio confirmed the figures via Twitter. The 10 million-download figures have been achieved through the game's immense popularity on both the iOS and Android platforms.

The game was an exclusive launch title for the Amazon apps store on Android were it was offered for free on March 14.

The ad-supported game is available for free on the Android marketplace, while the ad-free version is available for $0.99 on the Amazon App store for Android. It costs the same for the iPhone and the iPod touch on the Apple app store. The HD version for iPad is priced at $2.99.

With the unprecedented success of the franchise an animated move RIO is in the works, which is being developed by FOX Studios, the creators of 'Ice Age'. The story line of Angry Birds Rio will actually tie in with the movie. The movie will feature voiceovers from Jesse Eisenberg of Social Network fame and Anne Hathway.

In the mean time enjoy the gameplay video of Angry Birds Rio:

The course is the star of a celebrity's game
Richard Branson: Call Him Nemo