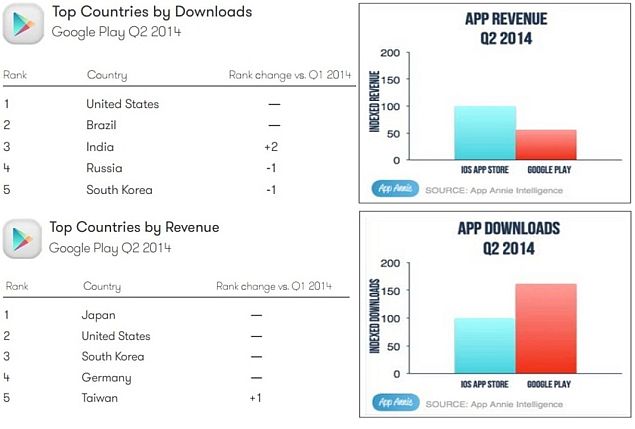 The top 5 regions that contributed in the Google Play's app downloads were US, Brazil, India, Russia and South Korea. As compared to the App Annie's Q1 figures, India jumped from 5th to 3rd spot, while Russia and South Korea both dropped a place. Revenue-wise, Japan topped the list, followed by US, South Korea, Germany and Taiwan.

The report also mentioned that the 'Games' section dominated in both app download numbers and the revenue generated on Google Play. A report in April indicated that while Google Play had a lead with 45 percent more downloads over Apple's App Store, iOS apps still generated a huge 85 percent more revenue than apps on the Google Play. It was also noted that a lot of the growth in the Android download numbers was being led by emerging markets like Russia and Brazil.