Amazon is enabling viewers to share 30-second clips of TV shows and movies. 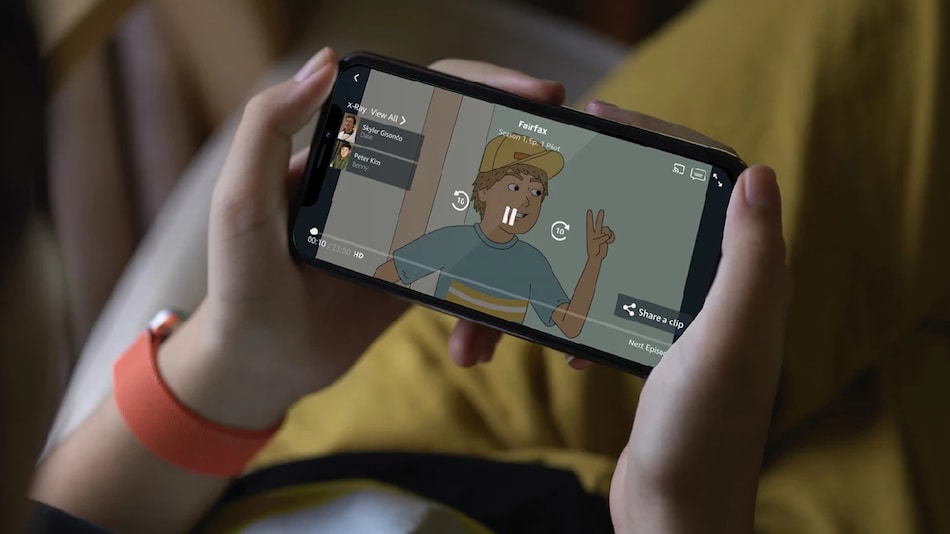 The clips created can be previewed before sharing

Amazon is introducing a new feature on Prime Video that will allow users to share video clips from their favourite series and movies with friends. With the latest functionality, users will be able to share Prime Video content video clips of up to 30 seconds on social media channels or via direct messages. It is only available for a selected number of movies and shows like The Boys, The Wilds, and Invincible Episode One. Amazon said there will be more titles to follow the new feature. The interactive clip-sharing feature is currently limited to iOS device users in the US.

Amazon on Thursday announced the addition of the clip-sharing feature through an official release. As mentioned, Amazon Prime's video-sharing feature will be available on only iOS devices in the US in its initial rollout. While watching a title on the Prime Video app on your iOS device including iPhone and iPad models, you can tap the Share a clip button to create a 30-second video clip of what you are watching.

The app will then pause the show to open the clip where you get the option to edit and share it. Once a clip is created, you will be able to move it forward or backward to fine-tune. There is an option to preview it before sharing as well. From there, you can share the clip by tapping the Share icon on Instagram, Facebook, Twitter, Apple's iMessage, Messenger, and WhatsApp.

Amazon says the new feature will be available for The Boys (Season One), The Wilds, Invincible, and Fairfax, but the streaming platform has promised to add more Amazon Original movies and shows later.

Amazon's new initiative to let users to share its content as videos is a first-of-its-kind feature in the streaming space. Amazon's major rivals in the market, Netflix and Disney+ are not permitting its users to capture screenshots of their content.