Amazon Prime Video on Apple TV is a finally a thing. In a world of walled gardens, it's the customers who suffer from a lack of choices. And today, they're set to get more options for their video consumption desires. To recall, back at WWDC 2017, Apple had announced that Amazon Prime Video will be coming to Apple TV as well as the TV app. The deal was also presumed to mean that Amazon would resume stocking the Apple TV set-top box on its online marketplace. The former has come to pass on Wednesday, but the latter has yet to happen. 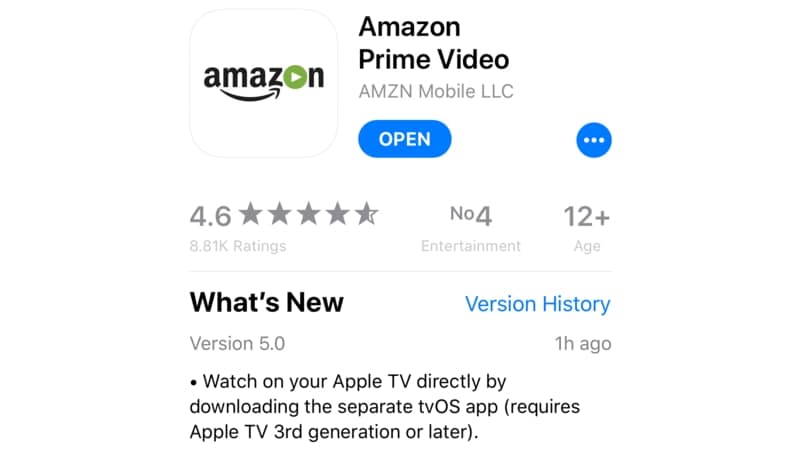 "Amazon Prime Video is one of the most eagerly anticipated apps to come to Apple TV, so we’re excited to bring all of that great content to customers," said Eddy Cue, Apple’s senior vice president of Internet Software and Services. "The Sports tab in the Apple TV app makes it even easier for fans in the US to track the teams, games and moments that are important to them. With these exciting updates, plus our growing collection of 4K HDR movies on iTunes, we continue to deliver an unparalleled entertainment experience to Apple customers."

The arrival of Amazon Prime Video on Apple TV comes on the heels of a continued spat between Amazon and Google. Just this week, the latest blow was dealt by Google - the search giant announced it would block the YouTube app on Amazon's Echo Show and Fire TV devices. As we mentioned, Amazon hasn't listed the Apple TV (or Google's Chromecast dongles) on its online marketplace since 2015. Amazon had explained the move by saying it wanted to avoid confusing customers who might expect its Prime Video service to be available on devices sold by Amazon. However, Google clearly mentions this treatment as its reason for pulling YouTube support.

"Given this lack of reciprocity, we are no longer supporting YouTube on Echo Show and Fire TV," Google said. "We hope we can reach an agreement to resolve these issues soon."

Amazon reacted to Google's statement with its own, "Google is setting a disappointing precedent by selectively blocking customer access to an open website."