The update, which was first reported by folks at Android Police, is rolling out through Google Play and Amazon Appstore for Android in the coming days. We were not able to see it despite running the latest version.

In a statement to Gadgets 360, an Amazon spokesperson said, "Alexa voice support in the Alexa app for Android is available to customers today in the US, UK, Germany and Austria. We look forward to delivering these updates to customers in additional countries in the future."

It will enable access to Alexa skills, control music playback, and send messages among others. Unlike the Alexa integration on Echo lineup, the latest update apparently doesn't enable a hands-free experience. It means it won't work simply by saying hotword "Alexa" when the app is not active on the screen.

A screenshot provided by an Android Police commenter shows that the updated app comes in version 1.24.3555.0. It is said to have featured an Alexa button in the navigation bar to enable voice commands. But notably, there isn't Alexa hotword support to let you pass your voice commands just after saying "Alexa", contrary to what Google Assistant offers on Android devices through "Hey Google" and "OK Google" hotwords. 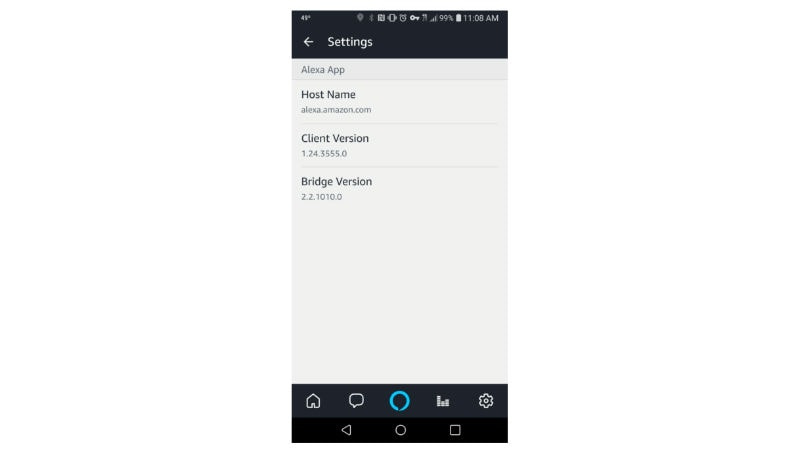 As we mentioned, we also updated to the latest Alexa app version to experience the new support. But we weren't able to find the reported Alexa button at the time of filing this story. We've reached out to Amazon for clarity and will update this space on the basis of the official response.

While the Alexa expansion is yet to reach the masses, TechCrunch reports that Amazon has plans to bring the same experience to the iOS platform as well. It is, however, not known by when can the new update will reach Apple devices.

Last week, Amazon India announced that there are as many as 12,000 Alexa skills available to its Indian users. The company added more than 1,000 skills since the launch of its Echo speaker lineup and Alexa store in the country in last October.