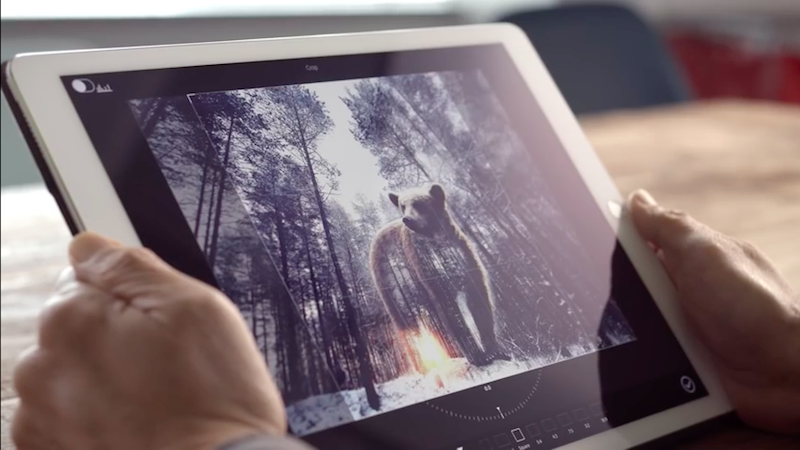 The Adobe Max 2016 conference that was held in November established that the company was just as serious as every other tech company out there in artificial intelligence with the announcement of Adobe Sensei. To give an idea of what Adobe is building on that front, the company posted a video which gives a peek of its voice-based virtual assistant at work with its design apps.

The video shows a man using Adobe's virtual assistant to edit a photo. The short video does little to impress and feels more like an introduction to what Adobe is working on. The user gives some basic editing commands like cropping and flipping the image, which the voice-controlled AI carries out. The user can also command the assistant to post the final photo to Facebook.

Adobe says the video is a "first step towards a robust multimodal voice-based interface." What's interesting to note in the video is that despite the speech recognition system and the ability to learn natural language, the whole editing process through voice command seems to take longer than the time it would take to manually do the same. However, Adobe's implementation is still in its early days and we are likely to see things move faster once the final product comes out.

The company mentions that adding a voice-based interface will allow users to "search and edit images" in an easy and engaging way using Adobe's mobile applications. Notably, the post does not mention if the AI will be available for desktop apps. Moreover, there is also no mention on whether the company will be ready with its digital assistant in 2017.

Adobe in its November conference laid bare its plan to incorporate AI and machine learning services to cover its entire Adobe Cloud Platform. The company also announced a number of new applications as well and one can assume that these products will make use of Adobe's assistant some time in the near future.