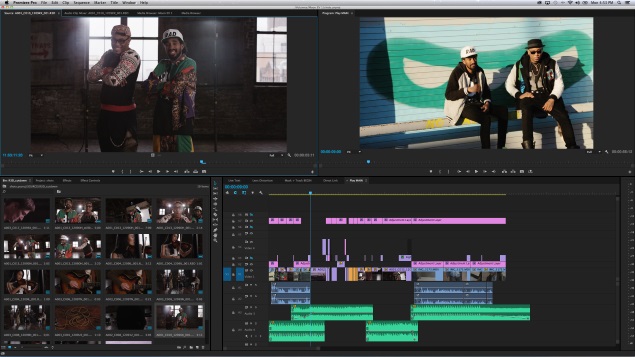 The company revealed that it will preview the new upgrades for Creative Cloud professional video products and Adobe Anywhere for video at the International Broadcasting Convention (IBC) in Amsterdam, while the updates can be expected to ship in the coming weeks.

Some of the updates include new media and project management tools in Adobe Premiere Pro CC, which brings new user-interface across all Adobe video desktop apps. The company stresses that the updates bring more streamlined production workflows for video professionals.

The company has listed some of the key updates.

In addition to updates for Creative Cloud video desktop apps, the company also revealed updates for Adobe Anywhere, which is a collaborative workflow platform for users of Adobe professional video solutions like Adobe Premiere Pro CC and Adobe After Effects CC.

The update also adds support for Adobe After Effects CC and new options in the Adobe Anywhere app for iPad.

Commenting on the launch, Bill Roberts, senior director of professional video product management, Adobe said, "As the video and broadcast industries continue to rapidly evolve, so too does Adobe's video technology. With Creative Cloud, we have accelerated the rate at which we deliver the features our customers need to create compelling new experiences and transform the video industry with high-quality productions."

In July, Adobe announced Creative Cloud Market for users of its Creative Cloud services. Subscribers to Adobe's Creative Cloud could use the desktop app to access a remarkable selection of vector graphics, icons, patterns, UI Kits, for-placement images, and more.