Aarogya Setu claims to notify users even if they have been unknowingly in contact with anyone who was later diagnosed with COVID-19.

Aarogya Setu has been developed by the National Informatics Centre

Indian government has officially launched its COVID-19 tracking app, Aarogya Setu, for Android and iOS users. The app has been developed by the National Informatics Centre that comes under the Ministry of Electronics and Information Technology. According to the app's description, it is aimed at "augmenting" efforts to "proactively" inform the citizens about the "best practices and relevant advisories pertaining to the containment of COVID-19." Both union and state governments have launched a host of coronavirus-related apps over the last few weeks to curb the spread of the pandemic in the country.

Aarogya Setu (which translates from Sanskrit to ‘A bridge of health') app essentially helps users in identifying whether they are at risk of coronavirus infection, by checking if they have been in contact with a COVID-19 infected individual, even unknowingly.

According to The Next Web, which first spotted the app, Aarogya Setu is using government database of infected people to function. There is, however, no clarity from the government around this.

The COVID-19 tracker app currently supports 11 languages, including Hindi and English and requires Bluetooth and Location access to function. To use the Aarogya Setu app, users would first need to register with their mobile number. After completing the first step, the app asks users for their credentials which is optional. For those concerned about the Privacy Policy of the app, the government claims that the stored data is "encrypted" and it will not be shared with any third party vendors. 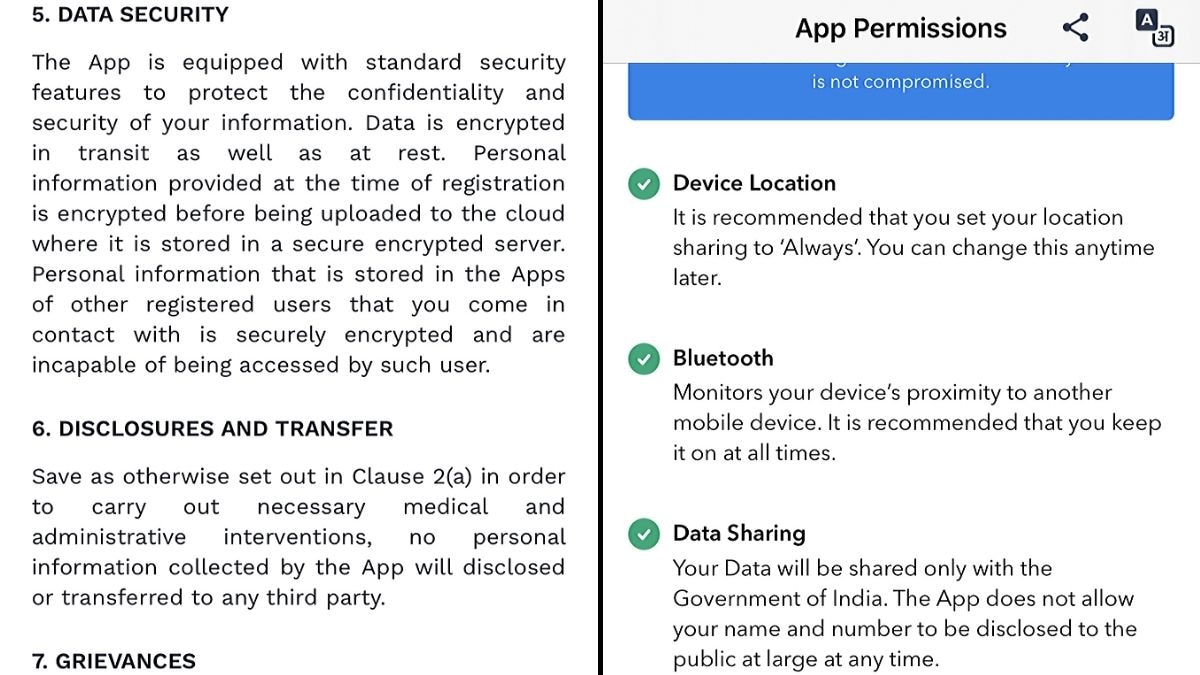 After reaching the home screen of the app, based on the users' location it tells them whether they are in a safe location or not. Android users of the app, however, can also see live tweets from the Ministry of Health. Overall, both the Android and Apple version of the app offers the same features, including access to best practices and advisories around coronavirus in India.

Last week, it was reported that the NITI Aayog is also working on a coronavirus-tracker app which was named as CoWin-20. The Next Web claims that Aarogya Setu is the final version of CoWin-20. Meanwhile, several state governments have also launched their respective coronavirus tracking apps to combat the spread of the pandemic across the country.