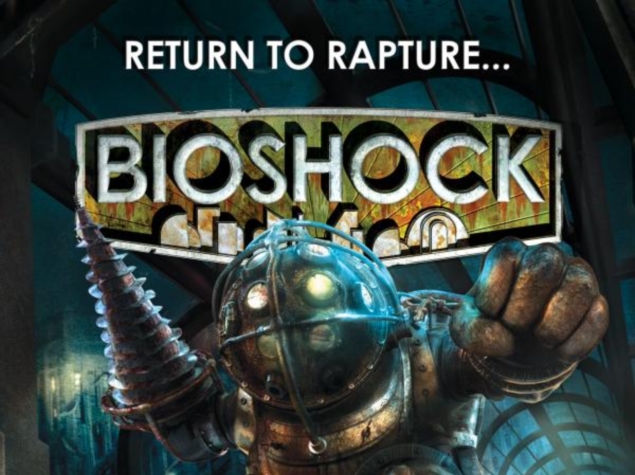 2K Games on Monday announced that the first instalment of the BioShock first-person shooter franchise, 2007's BioShock, is coming to iOS devices later this summer. The company did not specify a release date, but it will be released as a premium app with no in-app purchases.

Publisher 2K Games made the announcement on Twitter on Monday, telling fans to "Prepare to return to Rapture!" BioShock for iOS is said to be compatible with iPad Air, iPad 4, iPad Mini 2, iPhone 5s and iPhone 5c only.

Prepare to return to Rapture! #BioShock is coming soon to iOS devices. pic.twitter.com/5cqcxyxKRK

BioShock for iPhone was first announced in 2008, notes TouchArcade's Jared Nelson, who also posted a lengthy preview of the game courtesy a demo by 2K Games. The iOS port version of the BioShock supposedly brings the 2007 game for PCs and consoles in its entirety to iOS devices, with slightly toned down graphics.

It has of course been optimised for touch, featuring on-screen controls visible in the demo. BioShock for iOS will also come with a digital art book, and feature achievements and leaderboards via Game Center for iPad and iPhone.

BioShock is an atmospheric first-person shooter set that received several Game of the Year awards from different media outlets, including one from the British Academy of Film and Television Arts (Bafta). The steampunk-inspired game is set in 1960 in an alternate history and is considered similar to the critically-acclaimed System Shock 2, released in 1999. BioShock concept was developed by Irrational Games' creative lead, Ken Levine, who was also a part of the development team of System Shock 2.

Windows Phone 8.1 Update 1 Preview Now Available for Download
Down, But Not Out: Samsung Slips Up As Micromax and Xiaomi Take the Lead