Why Apple, Google Should Be Worried About Facebook's New Bots Store 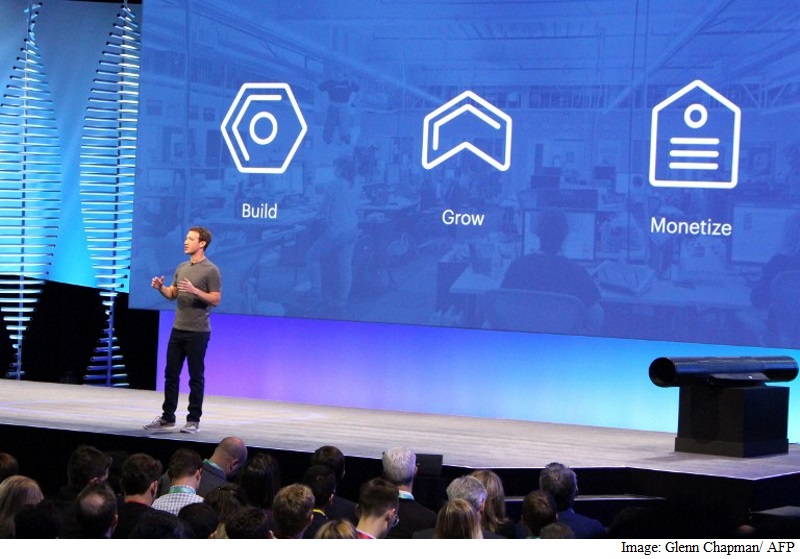 In 1950, artificial intelligence pioneer Alan Turing famously proposed what came to be known as the Turing Test - the proposition that a machine had achieved intelligence if it could carry on a conversation that was indistinguishable from a human one.

In 2016, Turing's ghost has come to haunt Silicon Valley in a big way. Companies are racing to build technology that can talk with you. Last month, Microsoft launched the Microsoft Bot Framework, a set of software tools that let companies create their own conversational bots. Customers of Domino's, for instance, can order products by chatting back and forth with a robot, as if they were sending a text message. Dozens of startups are also building chatbots that do things like scheduling a meeting, conducting a basic Q&A with a job candidate, or collecting daily pain reports from a patient. (None of these pass the Turing Test yet).

This week, Facebook is expected to drop its own mic in this increasingly noisy room. Much like Microsoft, the social network will also release an online shop for chatbots at its annual developer conference. Instead of just talking with friends in Facebook Messenger, consumers might be able to also ask for services, like ordering movie tickets, via chat.

Facebook's embrace of a bot platform is likely to set off an arms race, as major tech companies compete to define how bots will be built and how they will interact with ordinary consumers. The tech giants know that whoever controls the most popular platforms for bots has the ability to dictate and profit from how an entire generation of retailers, taxi services, movie ticket firms and others build for that technology.

The chatbot explosion bears a resemblance to the fledgling app economy, circa 2009. Apple had launched its app store the previous year - Google's Play Store didn't come until 2012 - and "the kooky world of apps" was a refrain in the media.

Today, apps are a $50 billion economy, according to App Annie, which tracks app sales.

As apps proliferated, Apple and Google forged ahead with app store marketplaces that served as platforms for hundreds of thousands of other companies to sell their services. Apple's app store revenues exceeded $20 billion (roughly Rs. 1,32,721 crores) last year, the company said. Google doesn't break out Google Play revenues, but estimates put the number above $7 billion (roughly Rs. 46,452 crores). Amazon and Microsoft haven't made significant inroads in the app world and perhaps this is why they seem so eager to usher in an alternate way to find goods and services through bots.

Consumers may also be ready for a new platform. Besides messaging apps, such as WhatsApp, WeChat, and of course Facebook Messenger, enthusiasm for new apps appears to be waning. According to a Forrester report last year, consumers spent 80 percent of their time on just 5 apps - four-fifths are owned by Google and Facebook - even though they've downloaded an average of 24 of them.

"The same set of drivers that propelled apps to be really new exist with bots," said Phil Libin, managing director of venture capital firm Catalyst Partners. "The next version of that is going to be bots."

The bot battle lines will look very different from those in the app wars. While it's relatively easy to build an app, getting computers to actually understand language and hold real conversations is much harder, said Forrester analyst Jeffrey Hammond. The adoption curve could be slower as a result.

Just ask meeting scheduler app x.ai. Behind-the-scenes, human developers are labeling every bit of language that the company's dozens of beta-users use to discuss something as simple as getting together for a coffee. Despite advances in AI, labeling by hand is still necessary, said x.ai CEO Dennis Mortensen. For instance, if a human suggests meeting sometime "Wed-Fri," a computer wouldn't automatically understand that the suggestions includes Thursday.

"These aren't wide open queries," said Forrester analyst Julie Ask, of the types of questions that users can ask bots. "I'd be surprised if this was game-changing on day one."

Even the developers of these artificial intelligence technologies acknowledge that mistakes - potentially big ones that could deflate consumer interest - will be associated with this technology for quite some time. In its apology for unintended racist comments made byTay - a Twitter-based chatbot recently launched, and then shuttered, by Microsoft - the company said such mistakes could be necessary for artificial intelligence to improve. "We cannot fully predict all possible human interactive misuses without learning from mistakes," the company said. (Flickr engineers had a similar response when its photo-recognition technology mischaracterized an image of a concentration camp as a "jungle gym.")

Moreover, the emerging market for bot platforms is fragmented among a different set of players than before. While Google and Apple took the lead during the app wars, one of the first companies to launch a bot store is Kik, the Canadian messaging app that has a $50 million investment from Chinese Internet giant Tencent. The store lets users interact, via chat, with and request information from companies such as The Weather Channel, Funny or Die, or Vine. Then there's the popular office productivity software Slack, which has also encouraged startups to build chatbots onto its platform to do things like order lunch. Even Taco Bell has recently gotten in on the action.

Tellingly, the US Web giants forging ahead with bot platforms - Microsoft, Facebook, as well as Amazon, which has allowed developers to build services on its virtual assistant, Alexa, - do not dominate the app universe. This makes sense. Apple and Google have a lot to lose if an ecosystem of bots could replace the functionality of today's apps. Facebook, Microsoft, and Amazon would have much to gain.

"Everyone who didn't win the app platform wars will get another chance with bots," said Libin.

Here Is What Siri Thinks of Game of Thrones
Hawking, Milner, and Zuckerberg Invest in Interstellar Spaceships