WhatsApp Voice Calling - Everything You Need to Know

WhatsApp, the most popular instant messaging service used worldwide, has started rolling out the voice calling feature to its users. The company is rolling out the new feature in phases, and it appears some will have to wait longer than others.

Here are the answers to all your questions about WhatsApp's voice calling feature.

What is WhatsApp voice calling?
Until recently, WhatsApp only let users send text messages to their contacts alongside allowing sharing of files (including images, music or even videos). With the addition of voice calling, the app now allows voice calls over mobile data or Wi-Fi - also called VoIP or Voice over Internet Protocol.

WhatsApp's CEO, Jan Koum, had in February last year announced plans to rollout the voice calling feature by the end of the year In October he revealed that the rollout would be delayed till Q1 2015. Koum cited several obstacles including technical issues before the service could work seamlessly. Interestingly, Koum had also revealed that the WhatsApp development team was working on ways to implement the voice calling service in poor data coverage areas, considering that many WhatsApp users in emerging markets are still on 2G networks.

What does it cost?
The service is free, and not charged by WhatsApp. Much like other apps like Skype and Viber offering VoIP, WhatsApp voice calling uses a data connection to place a call, whether over Wi-Fi or mobile data. This data use however can be chargeable, based on your Internet plan.

For users of unlimited broadband Internet plans, the only worry is if the voice calling feature will work properly on lower speeds once the FUP limit is exhausted. Similarly, users of 2G and 3G data plans who exhaust their allocated data will have to after that point pay per KB used, which can go up to as high as Rs. 0.10 per 10KB on 2G and Rs. 0.04 per 10KB on 3G. 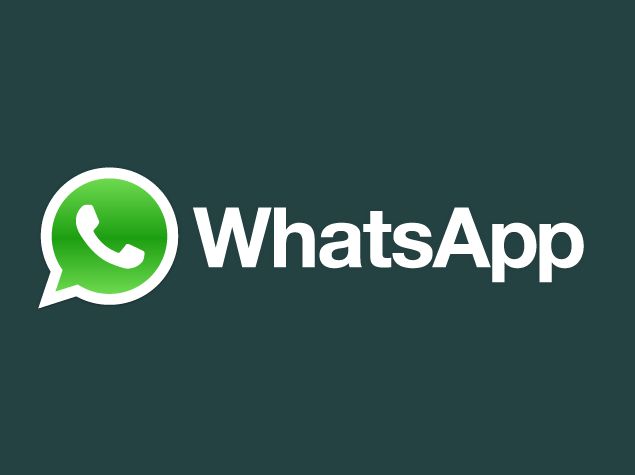 Soon after news about WhatsApp's voice calling feature was reported last year, Indian telecom player Airtel announced it would soon roll out a special plan to charge separately for data used on VoIP calls, although the company backtracked on this soon after, saying it was waiting for Trai's consultation paper on OTT players. It will be interesting to see how this plays out once WhatsApp voice calling really takes off.

Is it available to everyone?
Unfortunately, WhatsApp is rolling out the voice calling feature in phases, which means it is currently available to limited users. The company recently started pushing out the voice calling feature to all Android users with the invite window open for several hours. As of filing this report, the window has closed again, though it may open again without notice.

The wait for non-Android users might be longer as WhatsApp's voice-calling feature is currently rolling out to users of Google's mobile operating system.

After the latest WhatsApp Android version is installed, you have to ask someone with WhatsApp voice calling already activated to make a WhatsApp call to your number (yes that's the only way).

How does it compare to other services?
WhatsApp voice calling is similar in function as other VoIP apps, such as Skype, Viber, and Hangouts. However, considering that WhatsApp is the most widely used instant messaging service on mobile, having the voice calling feature in the app only expands the user experience.

Some of the other apps offering voice calling include BBM, which rolled the BBM Voice to Android and iPhone users back in February last year; Line, which launched a data-based calling service in March, and Hike, which rolled out voice calling (dubbed Hike Calls) in January this year for Android users.

A word of caution
A lot of people are waiting impatiently for WhatsApp's voice calling feature and it seems some people are exploiting this interest. Security company Quick Heal in a blog has reported about a hoax message spreading around various WhatsApp communities.

The message reads, "Hey, I am inviting you to try WhatsApp calling click here to activate now-> http://WhatsappCalling.com". Do not click on this link - as we noted earlier the only way to activate WhatsApp calling is to be running the latest version of the Android app and to receive a voice call from someone who already has the service.

Quick Heal explains, "this message is a hoax and an attempt to get users to download malicious apps and fill a survey form." So stay away from such messages and enjoy WhatsApp voice calling safely - once you finally receive it.

WhatsApp Voice Calling - Everything You Need to Know
Comment