The Jio Phone - first announced in July, and in the market from September - is an interesting device that tries to bridge the gap between smartphones and feature phones. We noted in our review that for a very specific niche, the phone has the potential to be a major game changer. However, there's one thing that's missing from the phone - the messaging-giant WhatsApp. The app is incredibly popular in India, and so it's perhaps no surprise that a lot of people were looking for workarounds to get it up and running on the smart-feature phone.

So it was not a surprise when videos showing people how to use get WhatsApp on a Jio Phone using a Web-based tool called Browserling soon went viral. Essentially, you could visit the Browserling website on the Jio Phone, and make WhatsApp think that you were visiting from a PC. This would allow you to run WhatsApp Web on the device.

This sudden interest from India came as a bit of a surprise to Peter Krumins, CEO of the Oakland, California-based developer-focussed startup Browserling, as tens of thousands of new users started coming in with no warning.

"I started Browserling in 2010 as a tool for developers. The idea of Browserling is to provide an easy cross-browser testing service to Web developers," Krumins explains. "It's very difficult to test websites as there are so many different browsers running on different operating systems. To make great websites you've to test your HTML code and JavaScript code in various Internet Explorer versions, and you've to test it in Edge, Firefox, Chrome, Safari and Opera, and then in mobile browsers, too. This requires the Web developer to maintain a bunch of virtual machines and various browser installs, which takes a lot of time. At Browserling we run all these operating systems and all the browsers and web developers can get a browser for testing in five seconds." 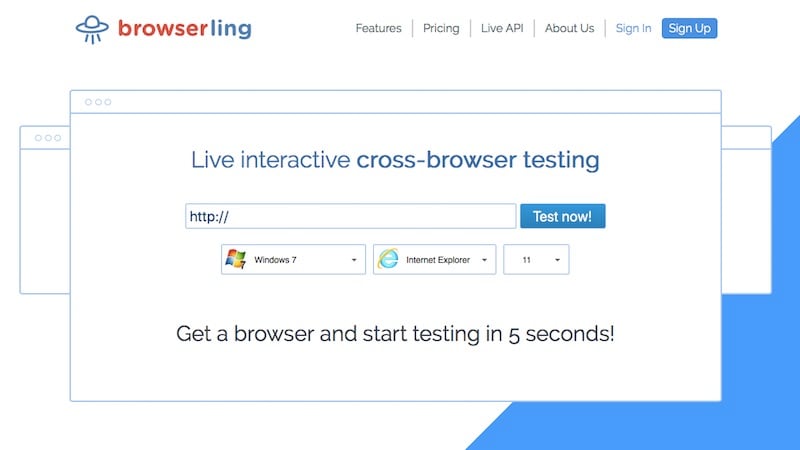 According to Krumins, Browserling is used by thousands of Web developers. But it was never intended for consumer numbers - far less for the sudden surge of traffic coming in from India for a very single-minded purpose.

"I thought I was under attack"
"I looked into the problem and saw tens of thousands of users accessing WhatsApp. I thought it was a DDoS attack," Krumins says.

Distributed Denial of Service (DDoS) is a kind of cyber attack to take services offline by overwhelming them with traffic from multiple sources. By exceeding the capacity of a service, DDoS attacks make it impossible to serve legitimate requests - effectively taking them down.

Looking into the incoming traffic saw a common user agent - the identifier your browser sends to the Web server - Jio. Deciding this was just a part of the attack, he took what seemed to be the obvious step, and started sending an error message to these Jio user agents. That should have helped, but the users kept hitting refresh instead.

Now convinced that something was wrong, Krumins looked into the details again, and saw the they were all coming from India. The next step was to block requests coming in from India.

"I didn't think it was a prank, I assumed it was a full blown DDoS attack, and immediately treated it as an attack on me and my business," Krumins says.

But as it happened, the requests weren't going to stop that easily.

Messages started pouring in
With Browserling cut off from Indian users, and there being no way to visit the site, things started to return to normal. But the thousands of people who were using Browserling to access WhatsApp were not happy, and they decided to find out what they could about its creator. After Krumins shut off access from India, his Facebook exploded as thousands of people started messaging him, wanting access to WhatsApp.

"I had no clue what was going on. I started blocking all these people but I was getting messages faster than I could block them one by one," he says "I was freaking out. I decided to delete my Facebook for my own safety."

Before he could do that though, Krumins finally came across the YouTube videos, and understood the reasons for the newfound traffic. The question was - what to do with all these people? There was no way he could sustain that kind of traffic, and at first he was happy to see guides pointing people to competitors. But then he thought, "This is the biggest opportunity ever."

Monetisation attempts
Step one was putting a $1 per day link try and monetise Browserling. Since that works out to more than Rs. 60 per day, it's probably no surprise that no one took it up. The price dropped to $0.50, and $0.10, and still no buyers. People were only interested in free things, or at the most, being asked to send out a Tweet promoting Browserling.

"Turns out Jio Phone users would tweet, follow, like, and do anything I tell them to get access to Browserling," Krumins says. They just weren't willing to pay. Part of the problem was the gateway, which only supported credit and debit cards. Signing up with Indian payment gateway Instamojo, Krumins built a version optimised for India, and started to experiment with different prices, ranging from Rs. 9 for a day, to Rs. 9 for a week, all the way up to Rs. 39 for a month. This didn’t lead to much success either.

"Out of last 100,000 users only 100 bought a subscription, which means the conversion rate is 0.1 percent," Krumins says. "Right now I'm trying to find other ways to monetise this traffic. If any advertising companies in India or outside of India are reading this interview, and are interested in working with me, please get in touch with me!"

Despite the tremendous amount of users, Krumins says he hasn't made any real money off the experience. To limit the number of users at a time and to keep people engaging with the brand on social media, he next created a lottery to give people free access, increasing their chances if they liked and followed the brand, and tweeted about it. There's a lot of people using Browserling, but very few are paying. Will have to start limiting
With monetisation still being a problem, Krumins says that he won't be able to sustain things the way they are. The buzz started around a month ago and it's been an interesting experience.

"I love randomness to dictate the paths I take so I will follow the path that comes up and that I like the most," he says, talking about how he's planned things so far - but server costs are a real thing, and Krumins admits that he will have to take some measures to check the tide.

"I will have to limit the number of active Jio Phone users," he says. "Instead of adding more servers to allow everyone to access the service, I will have people wait in queue and set a lower time limit for a single session for free plans. I plan to keep a few servers active as I'm gaining a lot of tweets, Twitter followers, and Facebook followers." For now, he's also made updates to make it easier to use not just WhatsApp, but also Telegram, Facebook Messenger, and Twitter on Jio Phone.

As to the enormous audience of users that Browserling has gained, Krumins says that he doesn't really know how to address them. "I don't have any other ways to address Jio Phone audience right now but I'm open to building something new for Jio phone users. If someone wants to team up and has ideas what Jio phone users would like, please get in touch," he says. "I'm open to collaboration."

As for Krumins himself, the plan is to continue to focus on Browserling. "I'll keep improving it and adding new features and products, such as headless browser api for quick javascript testing and automated screenshots api," he says. "Also I'm building a network of online tools for web developers. Often to get things done you need to break the problem you're solving into many smaller subproblems, then use many tiny helper programs to solve these subproblems, and then merge results back to solve the original problem.These tiny helper programs often just do one tiny task such as extract, convert, format, and filter data. I used to Google for tools like 'url encode' and 'convert json to text' all the time and I would end up on garbage websites filled with ads, popups, blinking download buttons or tools that don't work. I hated this so much that I decided to build my own network of online tools without ads useless configuration options or other garbage."