Uber's $40 Billion Valuation: Worth It? 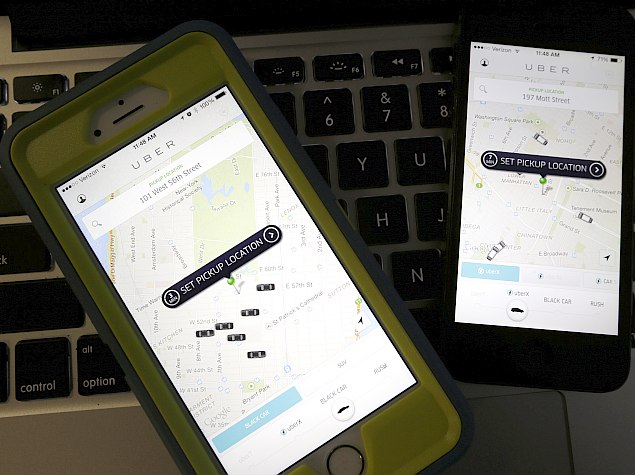 Can a company that didn't exist five years ago, an upstart with a knack for angering regulators who could close it down, really be worth $40 billion?

That is the figure that had investors from Wall Street to Silicon Valley abuzz a day after Uber announced it had received more money from venture capitalists than any private company this year. The investment places a value on the car-service company that is higher than American Airlines or Kraft Foods - a stunning vote of confidence.

Or maybe it's just too optimistic.

"It gives me a nosebleed," says Sam Hamadeh, CEO of PrivCo, a research firm. "You're being asked to buy on pure speculation."

The cash infusion from investors - $1.2 billion for a small stake - comes at a time when values for private companies backed by venture capitalists are rising fast. New investments in Dropbox, a file-sharing service, and Airbnb, a website for people renting out their homes, have sent their valuations soaring.

But, at $40 billion, the prize may go to Uber. That is more than double what investors valued the company at just six months ago.

With an easy-to-use app, the company promises to tap a big market that links drivers and customers who need rides. But it also faces regulatory hurdles, competition and questions about how it will make money.

A breakdown of the pros and cons of an investment in Uber:

Big market: Uber is offering car service in 250 cities in 50 countries now, up from 60 cities in 21 countries just a year ago. You can order a car using its popular mobile app in Asia, North America, and Europe. That's a big market. Taxi and limousine companies around the world generate maybe $100 billion a year, estimates New York University's Aswath Damodaran, a finance professor who blogs about Uber.

Powerful network effects: n some businesses, the more people who use a service, the more valuable it becomes. Think telephone companies or Facebook. With 1.35 billion people on Facebook, more people want to get on line to connect with friends, and that drives ad revenue. The same dynamic - called the network effect - may apply to Uber, at least on a local level. The idea is that more people using Uber will attract more drivers, which will cut wait times and attract still more drivers, which will attract more passengers in a virtuous feedback loop of growth and profits. "If you can get these networks going, it's very powerful," says Anand Sanwal, CEO of CB Insights, which tracks data on venture capital.

First taxis, next the world: Uber has its sights on expanding into many other businesses, like delivery services. It has teased customers with one-day deliveries of ice cream and kittens. Investors are hoping it will take on rental car companies like Hertz and Avis. Its payments system also offers promise as mobile wallets gain traction.

What else? How about subprime car loans? In a video promoting its financing program to potential Uber car drivers, Uber touts that anyone can buy or lease a car even if they have "bad credit or no credit at all."

"Based on its current car service business, you can't make the case (its valuation) is even close to $40 billion. But that's the not the pitch the company is making," says PrivCo's Hamadeh. "They can take on UPS, FedEx, even the Postal Service."

Regulatory backlash: Uber has been accused of flouting rules and regulations as it muscles its way into the taxi business. The company is fighting regulatory battles in Chicago and Miami. In Nevada, some of its cars have been impounded. Anti-Uber protests have broken out in Europe. In Berlin and Frankfurt, the service has been banned.

Even its wins can sometime feel like a loss. Last month, Pennsylvania regulators granted Uber an "experimental license" to operate in much of the state, but warned that this was a "last chance" for the company, and that it should "abandon its anarchist ways."

Of course, there is another way of looking at regulatory backlash. According to a recent 50-page report from Morgan Stanley on Uber's threat to the rental car industry, "The level of acrimony is a testament to the success of the model and how starved consumers are for choice."

New competitors: Uber faces competition not just from a taxi industry eager to protect its turf, but from a bevy of smaller startups such as Lyft, Sidecar, Hailo and Bandwagon. Lyft, which was founded three years after Uber, is pitching a cheery corporate image, with pink moustaches on its cars and the slogan "your friend with a car." It hired a chief financial officer this week, a sign that its business is maturing.

Where's the money?: Uber hasn't released key financial figures to the public, so valuing the company is guesswork. But it's a pretty safe bet that its revenue and profits, if there are any, don't justify its $40 billion valuation, says PrivCo's Hamadeh. To get to that number, you have to buy into a rosy vision of success in not just the taxi business, but many others, he says. "It's really blind faith that they can compete."

Amazon's Own Label Underscores Strength of Online Grocery Shopping
Gionee Elife S5.1 Review: Too Slim for Its Own Good