UberEATS Launches in Delhi-NCR With Lots of Unanswered Questions

"There is a pickup fee, and a further payment on the basis of the time and distance, and then of course there are some incentives right now to get people on the platform, which will be eased off in time," says Bhavik Rathod, the India head of UberEATS, ride sharing platform Uber's food delivery business. If it wasn't for the UberEATS part of his designation, you could be listening to any Uber executive talking about how the company pays its drivers, and how incentives play a key part in recruiting - and retaining - drivers.

It's a strategy that has worked for the company around the world, but it's not foolproof either. There's been a lot of backlash in recent times, as incentives for drivers have been reduced, leading to driver strikes.

Uber drivers staged a 1-day hunger strike two years ago because promised incentives were denied. This is something that has continued off-and-on since then; this year, there were strikes in multiple cities, with some demands met, but more strikes followed. 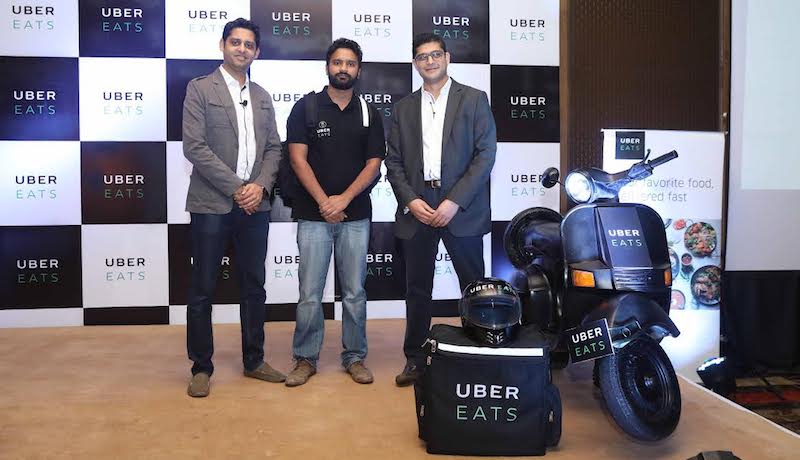 We asked Rathod if he was concerned that UberEATS would face the same kind of issues as Uber did when it reduced incentives. After all, if the delivery fleet were to go on strike, or be significantly reduced in terms of numbers, how would Uber keep the orders moving? Rathod didn’t directly address the question, instead saying, "I started with the company in 2013 in the rides business, and we’ve [Uber] learned a lot in this time," adding that incentive-related strikes from the past have helped Uber build a better understanding of the issue.

Rathod also emphasised that Uber is not handling the deliveries; rather, it is the technology layer that connects the restaurants, customers, and the "delivery partners" together, optimising the experience for "all three pillars".

This is much the same argument that the company makes when it talks about its "rider partners", to justify not calling them employees. In fact, Rathod suggests that the delivery partners could be college or university students, looking to make extra money on the weekends, or people who have another job but are free during the day, and can thus make deliveries for a few hours whenever they're not busy.

This makes it seem like a handy way for anyone with a two-wheeler to make a little extra money when they feel like it, and on being asked what the typical delivery partner is like, Rathod demurs, saying that there's no such thing as typical for the company. 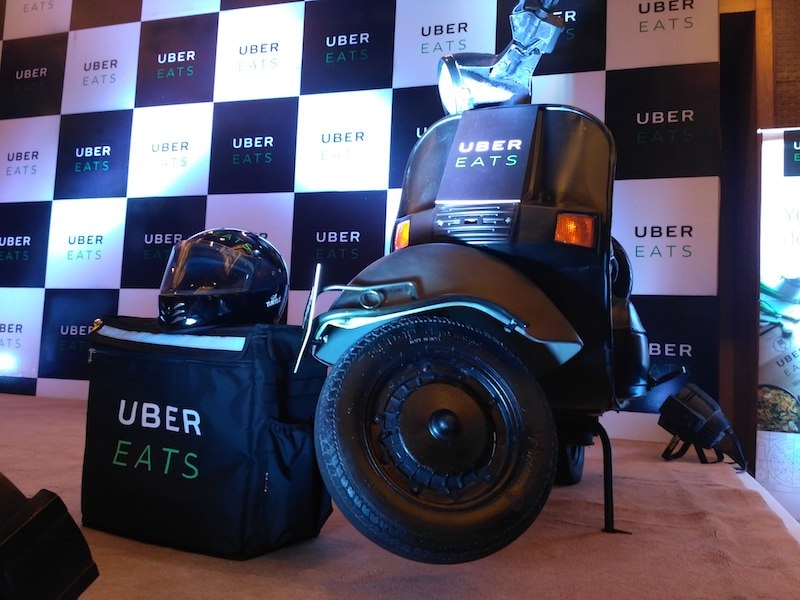 However, he did say that in Mumbai - the first Indian city where UberEATS was launched eight weeks ago - most of the deliverymen are working a full day's worth of hours for the company. They're not being paid a salary though, or being given any benefits, but he's quick to point out that there are some people in their 60s, who are using this to supplement their pension and put their two wheelers to use as well.

Since Rathod and UberEATS are not willing to go into the details about how much deliverymen are earning, or how many are there in the company's fleet, it's impossible to say whether or not the model is in any way sustainable or even equitable to the "partners". However, the fact that incentives are required to get them on board, which will be removed over time, it's not inconceivable that Uber could see the same kinds of strikes that it's regularly seeing with its driver "partners".

That's not the only issue that the platform will have to overcome either. Restaurants, in general, do not like the aggregators. The restaurants have to pay a commission for the food, which can be fairly high. Typically, the commission will be in a range somewhere around 15 percent, though the specifics vary from restaurant to restaurant. 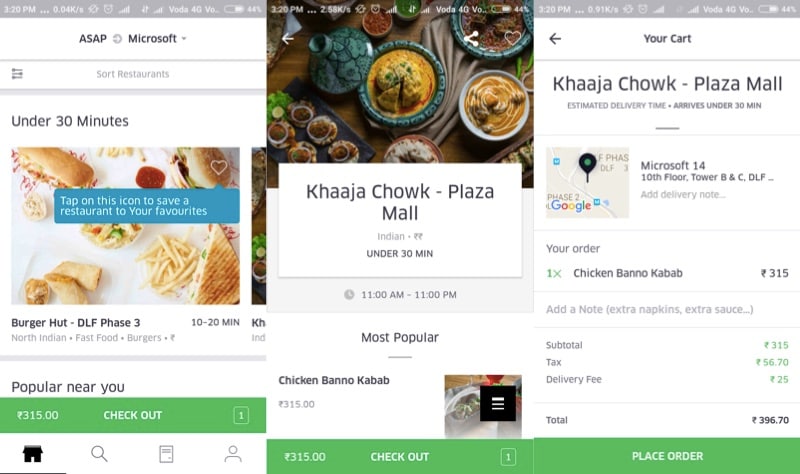 We asked Rathod what commission UberEATS is charging, as it's allegedly a lot higher. Rathod however would not answer the question, first stating that there are a number of different methods that the company uses to calculate the commission, which varies for each restaurant, but then later saying that he can't go into specifics.

This is again a worrying sign. If the company is indeed charging a higher commission, then it explains why it has a more limited range of restaurants compared to the existing companies, and why it hasn't started with Delhi, and is only available in Gurugram as of now.

Instead, Rathod says "UberEATS can offer restaurants data insights on what is popular on the per dish level to allow them to optimise as well." This is however something that all the other companies in this space also talk about. "The fact that we've grown so quickly, from just a couple of areas to most of Mumbai in just eight weeks, and we're adding a lot of new restaurants even now, shows that our partners are getting value out of what we have to offer," counters Rathod.

It's a valid point, but whether that's enough of a value proposition for restaurants to offer up a big cut over time remains to be seen; as does the question of how UberEATS will be able to handle reducing incentives to make the company sustainable, without losing its delivery fleet.

Further reading: Uber, UberEATS, UberEATS Delhi, food delivery, Incentives, Uber Strike
Gopal Sathe Email Gopal Gopal Sathe is the Editor of Gadgets 360. He has covered technology for 15 years. He has written about data use and privacy, and its use in politics. He has also written extensively about the latest devices, video games, and startups in India. Write to gopal@ndtv.com or get in touch on Twitter through his handle @gopalsathe with tips. More
Google Could Learn From Erstwhile Rival Microsoft in EU Deals
US Senators Seek Military Ban on Kaspersky Lab Products Amid FBI Probe

UberEATS Launches in Delhi-NCR With Lots of Unanswered Questions
Comment