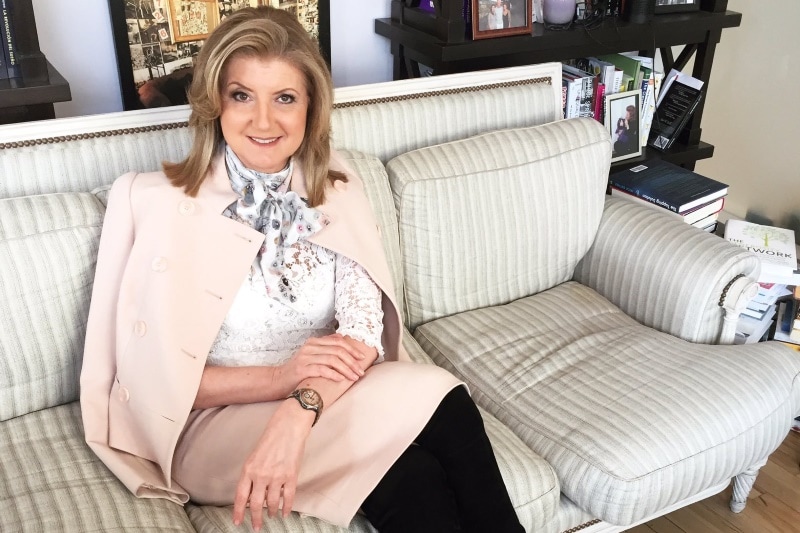 As the crisis at Uber reached a critical moment this week, a familiar voice filled the company's San Francisco headquarters. Board member Arianna Huffington - the onetime pundit and digital publisher with a distinctive Greek accent - addressed employees, emerging as the most visible leader of a company trying to recover from months of self-inflicted wounds.

But where many saw a company that exemplified the worst of the tech industry's male-dominated "bro" culture, Huffington had concluded that there was an additional reason for the rampant sexual harassment and other unprofessional conduct reported at the company: a work-life balance gone disastrously awry.

She had publicly warned of the dangers of coddling "brilliant jerks" at Uber, but she also worried that Uber - and Silicon Valley generally - had developed what she called a "workplace culture fuelled by burnout."

"It's one of the delusions that drives modern workplaces, especially here in the Valley - that burnout is necessary for growth and success," she said in a statement to The Washington Post. "That's why it was important to lose 'always on' and 'working longer' from the cultural values, especially given that we now have the data that proves conclusively that being always on and working longer, far from enhancing performance, lead to terrible consequences."

Her view carries special weight in light of the announcement Tuesday that chief executive Travis Kalanick would be taking an indefinite leave and the resignation of one of Huffington's colleagues on the board, billionaire David Bonderman, who stepped down after making a widely criticized quip about women during an event intended to address the company's problems with sexism and sexual harassment.

The flurry of moves, coming after months of executive departures at Uber, left Huffington with an uncommonly prominent role for a board member. Her concerns about employee well-being also dovetail with her latest professional incarnation as a self-described "sleep evangelist" and the founder of a company that sells products to help promote rest and a healthy relationship with work.

Uber, if it follows Huffington's lead, could provide a test case for her belief that work-life balance, sufficient sleep and meditation can improve employee well-being and lead to better behavior - and better corporate performance.

Skeptics might argue that - regardless of a better work-life balance - for Uber to improve, it needs a profound change in attitude toward what is acceptable behavior in the workplace. And Huffington's approach might also conflict with the data-driven, coffee-fueled start-up culture that is endemic to Silicon Valley.

Huffington friend Kenneth Lerer, a venture capitalist who co-founded the Huffington Post with her in 2005, offered a cautionary note about the risk inherent to trying to re-engineer how companies work.

"Uber got to where it is because of its culture. But Uber can't continue to grow and flourish if it continues with it's same culture," Lerer said. "If you take the culture out of Uber, might it not succeed? Only time will tell."

There are already signs of a possible backlash. When Huffington in an appearance on CNBC last week praised chief executive Travis Kalanick for having begun to meditate in stressful moments, the remark prompted criticism that the new approach was unlikely to remedy the many problems at a company built in his image. They also note that his choice of a venue, a company lactation room, was a space typically reserved for nursing women.

The mission of combating burnout is one that Huffington has embraced with characteristic fervor, writing books on the importance of rest and founding Thrive Global, described as a "corporate and consumer well-being and productivity platform."

It offers an online course on well-being and sells luxury sleep aids such as silk sleep masks for $39.95 each and, for $100, a cellphone charging station shaped like a tiny bed that "makes putting our smartphones to bed a regular part of our nightly ritual."

As Huffington pushes for a reformed corporate culture, the stakes are high for Uber. The company has prided itself on the breakneck growth that allowed it to upend the taxi industry while spreading to 75 countries and building nearly $70 billion in estimated investor value.

Uber's board on Sunday adopted 47 recommendations from a sweeping report by former US attorney general Eric Holder Jr. - a list that includes new policies devoted to family leave, employee compensation and responsiveness to allegations of sexual harassment.

But unanswered, for now, is whether a kinder, gentler and better-rested Uber workforce can thrive in the cutthroat fight for global supremacy in a ride-hailing market where rivals already are making inroads. Business experts say such radical revamping of companies can bring unintended consequences.

There is evidence, experts say, that happier workforces are more committed to their jobs. This is something that could be crucial to Uber at a time when many in Silicon Valley - especially women - are expressing distaste for the company even as Huffington and other board members promise sweeping workplace improvements.

"The data all depends on whether or not this translates into the employees' sense of work satisfaction and commitment," said James Bailey, a management professor at George Washington University. "If they impact job satisfaction and organizational commitment - those are the two concepts used in the literature - if it does that, yes, it increases productivity. That's beyond a shadow of a doubt."

Huffington, 66, a Greek immigrant born Ariadne-Anna Stasinopoulou, has shown a durable talent for invention and reinvention. She has written more than a dozen books, opined from the right, opined from the left, run for governor of California and co-founded a news organization that bears her last name - a remnant of her marriage to Michael Huffington, a former member of Congress, whom she divorced in 1997 after having two daughters with him.

She spent more than a decade leading the Huffington Post, which caught the rising digital wave to challenge entrenched news organizations for online readers. Huffington and the other founders sold the company for $315 million to AOL in 2011. She stayed as executive editor for five years more before stepping down in August. She announced the founding of Thrive Global that month.

Huffington's role at Uber - she was the first female board member at the company founded in 2009 when she was appointed last year - had begun to grow sharply after a February blog post from former employee Susan Fowler detailing what she said was her own terrible experience with sexual harassment at Uber.

That night, Huffington tweeted about Fowler's blog post, announcing that, after she spoke with Kalanick, the company was launching a "full independent investigation." Uber the next day hired Holder to lead the inquiry and, a week later, created a committee of three board members to oversee it. Huffington was one of them and soon began meeting privately and publicly with women at the company to hear their concerns.

"As the only woman on the Board at the time, in addition to helping oversee the Holder investigation I wanted to be available to everyone in the company who wanted to talk to me," she told The Post. "That's why I shared my email address at the all hands [meeting] back in February and went on to meet with employees in person at different offices."

Her role grew yet again when Bonderman abruptly quit the board Tuesday night after furious employee backlash to a remark he made at the employee meeting that day, joking that the addition of female board members would lead to "more talking."

Huffington tried to laugh off the joke at first, amid audible gasps in the crowd, but employees soon emailed in the hundreds, demanding Bonderman's resignation. When he acceded a few hours later in an apologetic statement, Huffington - and not the company or the board as a whole - issued a personal statement praising his decision.