We use smartphones for so much more than just making calls these days that the default dialer app is mostly ignored in yearly software updates. There’s huge scope for innovation in the way we make phone calls, but the good news - at least for Android users - is that there are a lot of third-party calling apps on Google Play that are doing just that.

Although scanning the Google Play store for calling apps will result in plenty of results, the fact of the matter is that most of them are either too old, or not unique in any way. Other calling apps are just plain gaudy. If you're just looking for a dialer that changes the way calling looks, there's plenty to choose from, but we wanted to focus on calling apps that actually add functionality, and help improve making phone calls.

To find these calling apps, we browsed through Google Play and tried out a lot of the different apps, checked user reviews, and recommendations online. Based on that, we drew up a list of the top calling apps, and then tried them out to find the ones which actually make a difference to users. Out of the lot, here are three calling apps that are worth installing on your smartphone.

1) TrueCaller
The king of third-party calling apps, TrueCaller is functional for many reasons. First, apart from blocking spam calls pretty accurately, it also fills names of unknown callers from its database into the call logs. Next, the tiny green dots in the interface show you if the person is ready to take phone calls. A red dot mean the person is busy on another call or their phone is in DND mode. You can ask the person to call you back when they’re free, and they’ll get a notification once they're available. The app also has swiping gestures to quickly initiate a call or text message. Lastly, you can choose a dark theme if you prefer.

TrueCaller constantly keeps updating the user interface and adds new features regularly. The only gripe is the in-app ads, although you can remove them, for Rs. 60 per month. It's a little expensive as a monthly subscription though, and we wish the company had gone with a one-time purchase model instead.

2) Drupe
Drupe is a multi-functional dialer with an interesting interface. This calling app lets you drag people to frequently used modes of communication. So you can drag a contact and drop it to say, the WhatsApp or Facebook Messenger icon in Drupe, to open up a chat with that person directly. Similarly, you can send SMSs, set reminders, and connect with many more apps. Drupe also has a built-in call recording feature. 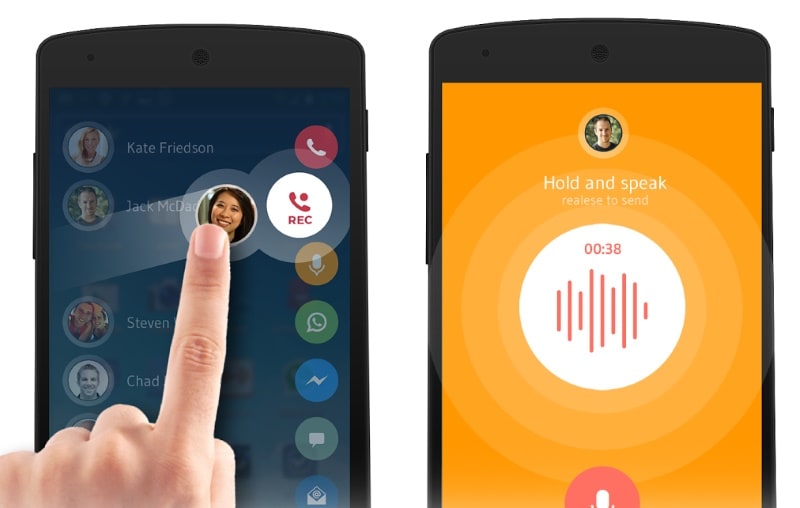 The dial pad has a built-in calculator too, for some reason. It also supports several gestures for quick access and actions. Lastly, there is a theme store to change its appearance to your liking.

3) Hangouts Dialer
The Hangouts dialer app is an add-on to the now-forgotten Hangouts messaging service from Google. So, why would we want to put it as a calling app you should have? Well, simply because calling to US and Canada using the Hangouts dialer is free. 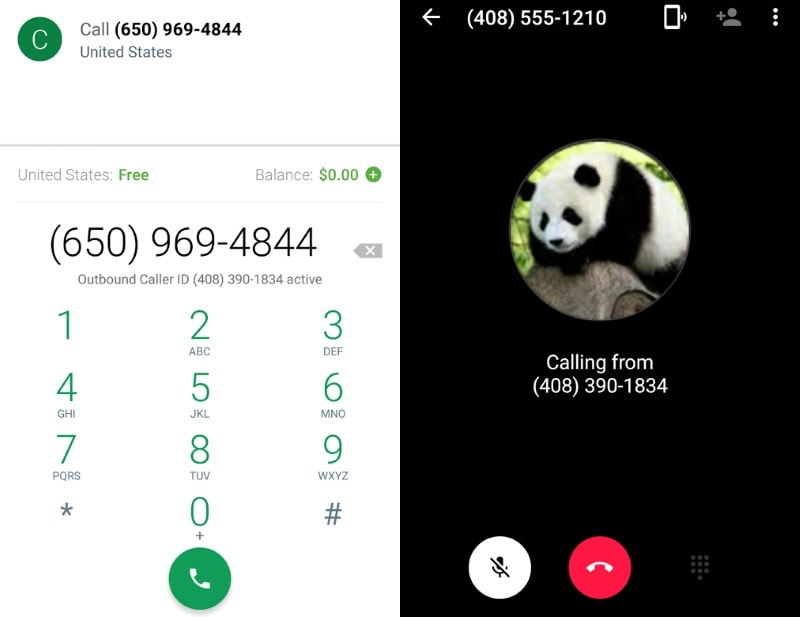 That alone is a good enough reason to keep this app installed, if you have people you know living in those countries.

These are three calling apps you should try out. Do you have any more to recommend? Let us know via the comments below.