"Less than 0.1 percent of the Internet is available in Hindi," says Debashis Roy, Hyderabad-based AVP, Business Development at Reverie Language Technologies. "There's has been so little standardisation in the past about Unicode for Indic languages that it really makes a mess of things like search."

To make his point, Roy shows us how using Unicode text, you can type the same word in multiple ways - for example, you could type in the single character for आ, or using some older systems, you could type in अ, followed by ा. "With longer words, the number of permutations and combinations becomes really bad,” he says. To address this, the company is hoping that its Indic keyboard, which is built to follow certain grammatical rules, will be able to simplify things.

This is something that Peeyush Bajpai, the co-founder of Indian-langauge search-engine Raftaar.in also highlighted in a previous conversation with Gadgets 360. "When we were starting in 2005 the biggest problem was that there were no standards," says Peeyush Bajpai, the co-founder of Raftaar.in. He added that since most computers have English keyboards, entering text in Indian languages was a big problem. Interestingly, Bajpai had told us that mobile phones are helping to address this issue, as software keyboards allow layouts to change, unlike PC keyboards that have characters printed on them.

Getting this right is something that Reverie, and the likes of as Indus from India, along with international giants such as Google and Microsoft are working on. And Roy believes Reverie has done just that, as we get a demo of Swalekh, Reverie's Hindi-language keyboard at the company's office in Bengaluru’s HSR Layout. 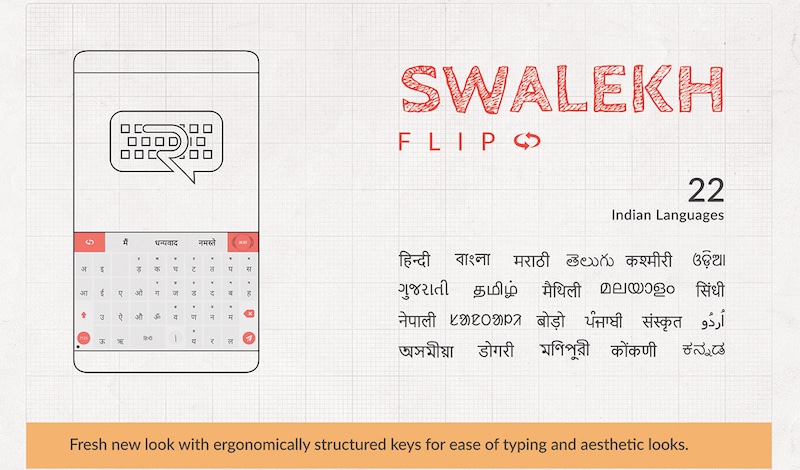 The main feature of the keyboard, Roy says, is its grammatical-level intelligence. "We spent a lot of time looking at the keyboard layout, and you know how in English it is laid out as full Qwerty - simply aping that kind of layout doesn't make sense in Indian languages though, because we use phonetic scripts," he says. "So if you look at other keyboards, they take up to six rows, filling up the screen. What we did was look at how languages are actually used, what characters are used commonly in which script, and what combinations make sense together."

"Based on that, we were able to bring it down to just four rows," he adds. "And then apply rules to things like vowels. For example, until you have a consonant, you can only add a full maatra (vowel), so that 'a' and 'aa' mess isn't possible at all with this keyboard."

Reverie makes use of rules like these to ensure that there is standardisation of spelling, but at the same time, the transliteration keyboard is able to detect Hinglish, or even do a kind of low-level translation on SMS-inspired phrases such as HBD, for हैप्पी बर्थडे.

"This isn't done with a one is to one transfer," explains Roy. "What we have to do first, is break the words down into what are called -grams. So as you're typing, our engine has to map the possible combinations of these n-grams, and narrow down the possibilities as per the rules." "Because K and Ka are both क, for example, since English is not a phonetic language," he continues. "We have to build out a large library of possible combinations, and then the challenge is to find the right balance between library size and application size. And then we have to fine tune it based on the user's feedback to adjust the vocabulary."

The keyboard has a number of other interesting features - and Roy also shows some upcoming tricks, such long-pressing on a word in the suggestion-bar to relevant results from your contacts, your messages, and search results. "One thing that a lot of people do is share a person's number, so this makes it easy to do right from the keyboard," explains Roy. "And then we wanted to take it to the next level. Like if you've gotten an address as an SMS and you want to add that to your message, again, just long-press, and then you can see the messages, and copy that, flip the keyboard and paste."

This is just one of the ways in which Reverie wants to take the keyboard beyond what everyone already offers. This makes sense as the company sees the keyboard more as a demo for its capabilities as a B2B solutions provider - the company also works on areas such as multilingual inputs, multilingual search, transliteration, font rendering, and localisation services.. "We built a Ferrari engine," quips Roy, "and this app [Swalekh] is like a concept car."

Reverie's clients have included the likes of HDFC Bank, Practo, Zen Mobiles, and Intex. The enthusiasm for the company's work is very obvious when we talk to Roy, who shows us apps such as an Indic phonebook that Reverie has developed. With this, you can type a name in any script - in English or across 22 Indian languages - and regardless of the script that was used to originally save the contact, you will be able to see the relevant details. 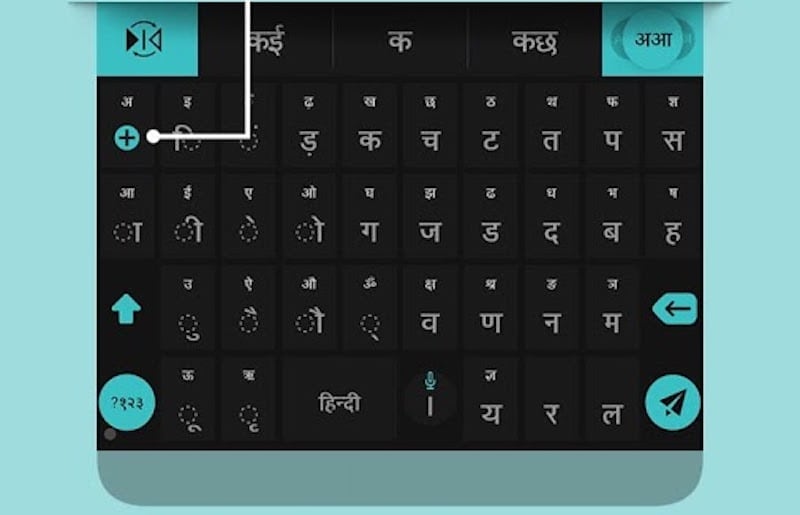 There's a lock-screen that lets you set the system language with a swipe, and a calendar that has some unique features that Roy showed us, but which we had to agree not to reveal just yet, as it's a work in progress. These apps are all developed to sell to phone makers, and other companies though. Swalekh on the other hand is available for download via Google Play and iTunes.

Like the other apps that Roy showed us, Swalekh looks very neat and organised. It supports 22 Indian languages - from the obvious choices like Hindi and Tamil and Marathi, to languages such as Bodo, Kashmiri, and Santali, which would have relatively fewer speakers. It allows you to type in all those languages, or to type in English and have the text be transliterated.

"Transliteration was a core focus for us," says Roy, "and we wanted to make the keyboard easy to use. So there's a Flip button on the corner, and all the settings, the customisation, everything, is accessible in one place, so people don't have to go to menus to change these things."

Reverie's Swalekh keyboard works well overall, though the transliteration feature - which was what we made the most use of, since we haven't really kept in practice with Indian languages - works with one language at a time. In contrast, something like SwiftKey allows you to transliterate between multiple languages simultaneously - spell out a Hindi word, and then a Gujarati word, and use an English word in the same sentence, and it can render them all in the correct scripts.

But this is something that SwiftKey tells us adds a lot of complexity, and when we bring this up with Roy, he points out that Swalekh is approximately 5MB in size. On Google Play, Swiftkey comes in at nearly 28MB. That might not seem like much, but it can be a big difference in India, where many users still have entry-level smartphones, with very limited storage. And although Reverie isn't sharing names right now, it's apparently in talks with some of the biggest phonemakers active in India to bring localisation to smartphones, so the strategy seems to be paying off.