This App Helps You Read Any Nonfiction Book in 12 Minutes

If reading has been taking a backseat and you shy away from picking up books for fear of abandoning them midway, an app by Brazil-based developers could have a solution. 12min creates summaries of nonfiction books for people to gain the most important ideas from each book, which you can read in less than 30 minutes. The app launched in Portuguese in Brazil first, before expanding to US, Canada, and Argentina and adding English and Spanish ‘microbooks’ to its library. It also has most of these books in audio form for you to listen to, in case you don't want to read. Now, 12min is gearing for a big push in India first via English summaries of books written by Indian (or Indian-origin) authors, and later via microbooks in Hindi.

Guilherme Petrin, 12min’s India head, says the company adds just 20-25 summaries every month as its focus is on quality. This is why the Hindi language launch hasn’t taken place yet. “I have already 50 titles in Hindi ready, but content isn’t ready yet,” Petrin tells Gadgets 360. Initially, Petrin had hired freelancers from the website UpWork to get translations ready, but the quality of their work wasn’t very good. Petrin adds, “I was thinking that it was good, but one Indian guy was in our office in Brazil. Diego (the founder) was speaking to this guy in Brazil. He showed summaries to this guy and he said, no it’s wrong. And then I really opened my eyes to it.”

There were apparently too many errors in the translations for them to be readable and that’s why Petrin has now contracted three people - including a voiceover artist because 12min offers most of these summaries in audio form as well - who are better at the job and polishing microbooks till they’re free of errors. This is expected to take 30-45 days. While 12min plans to launch with 50 book summaries in Hindi, it has 1,000 of those in Portuguese and around 500 each in English and Spanish.

These microbooks are pretty good for those who don’t have much time to read or aren’t inclined towards reading. However, they may not be the best fit for bibliophiles or those who appreciate good writing. For instance, we’d never come across the book Think and Grow Rich by Napoleon Hill at a bookstore, but we read the summary on 12min to understand what the book is about. While it gave us the information we needed, we can’t help wonder whether we missed some great writing along the way. 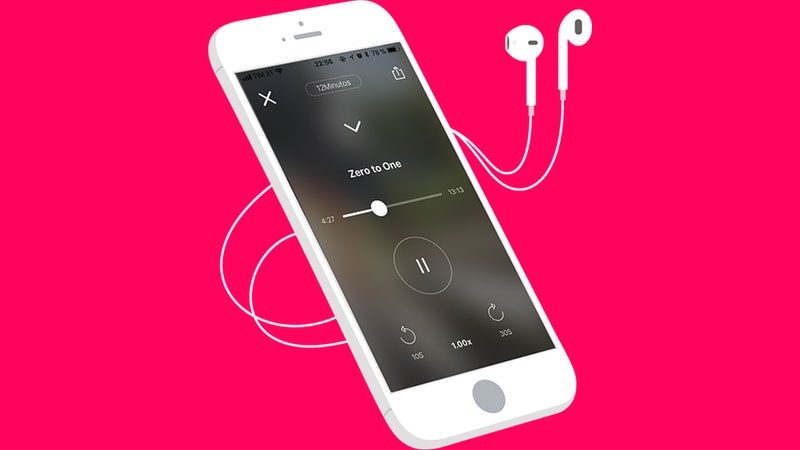 12min is not a replacement for books, but it offers a to quickly read summaries of books you’d never read otherwise. These summaries begin with an introduction to the book, various sub-heads that try to capture the best ideas from the book, and notes from the team about the book at the end, along with a book recommendation.

This made us wonder whether any authors or publishers had an issue with an app whose business revolves around summarising their work. Petrin says, “We didn’t have any problems with rights. We don’t pay for rights. It’s a summary… and (if you like it) the book is available for buying for everyone.” He says the company’s process of writing book summaries was created keeping this in mind and 12min takes a lot of precautions to ensure that it doesn’t suffer. “We don’t copy anything from the book. We extract the main concepts, send the first copy of the summary. We read again to check if it has been plagiarised or not, we ensure that it’s original content. It can’t have any part of the book. If it is, it has to be in quotes and have a reference to the author too,” he adds.

This is also the reason behind the app being called 12min but offering summaries that take longer to read. Petrin explains, “See, in 12 minutes you can read around 2,500 to 3,000 words. Around a year, year-and-a-half ago we started getting requests for longer summaries that have more details from the book. Now our average book summary is around 4,000 words.” This helped 12min improve the quality of its summaries while giving up the strict word limit that’s referenced in the name of the app.

The other hurdle for 12min is the pricing. While 12min is a free app on Android and iOS, the free tier only allows you to listen to the “book of the day”. You can read any book summary on the app for free, but those who want to go premium will have to shell out Rs. 2,700 per year with no option for a monthly subscription. Petrin says when he first arrived in India, the price was closer to Rs. 6,000 per year but the company chose to cut it a lot for the Indian market. “We do this comparing to other big players. We’re at half the price of Blinkist (12min’s biggest rival) for the annual subscription,” he says. 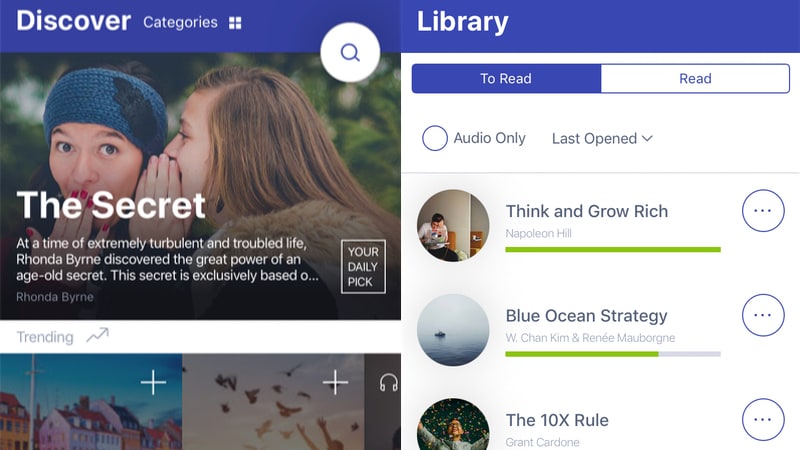 12min rival Blinkist has multiple tiers for its subscription service, which cost between Rs. 3,100 and Rs. 6,000. Blinkist is the biggest book summary service in the world currently. It has 2,500 book summaries in English as compared with 12min’s 500, and it has been in business for longer. The experience is just as polished on both services but unlike 12min, Blinkist isn’t localising its summaries for India. There’s also competition from within India via services such as BookBhook, which offers an ad-supported free tier and costs around Rs. 1,100 per year. BookBhook’s UI isn’t as polished as 12min and Blinkist, plus it offers just 75 book summaries as of now, which is a lot less than its competitors.

Many of 12min’s book summaries are also available via its blog for free. The blog doesn’t have a professional voiceover artist narrating summaries in audiobook form, and it includes summaries of some fiction books as well. Petrin says the blog is an open platform so the company is a little more relaxed about the kinds of posts written there.

“When we started 12min it was just for entrepreneurs, founders, etc. 12min is a business app. We want this kind of public, anyone who wants to learn new things in business. On the app we define it — let’s make it just nonfiction. It’s just for business things,” he says. “We don’t want to lose this main principle. I am going to go to this app to learn something new today, this is going to help me in my career.”

12min has 4,000 downloads in India, with just over 160 paying subscribers. Globally, the app has 8 lakh users with around 1.5 lakh active subscriptions. That hints at a strong base of users, especially considering that 12min doesn’t offer a monthly subscription — it’s annual only. Petrin says 12min is looking at launching a monthly subscription to lower the entry barrier further and the company is looking to test the annual subscription a bit more first. However, one thing that’s not on 12min’s radar is an ad-supported subscription. Petrin says the company doesn’t believe in interrupting people’s reading experience with ads.

12min is a free app (with in-app purchases) on Android and iOS.