SignEasy CEO on Building a Business Without Funding 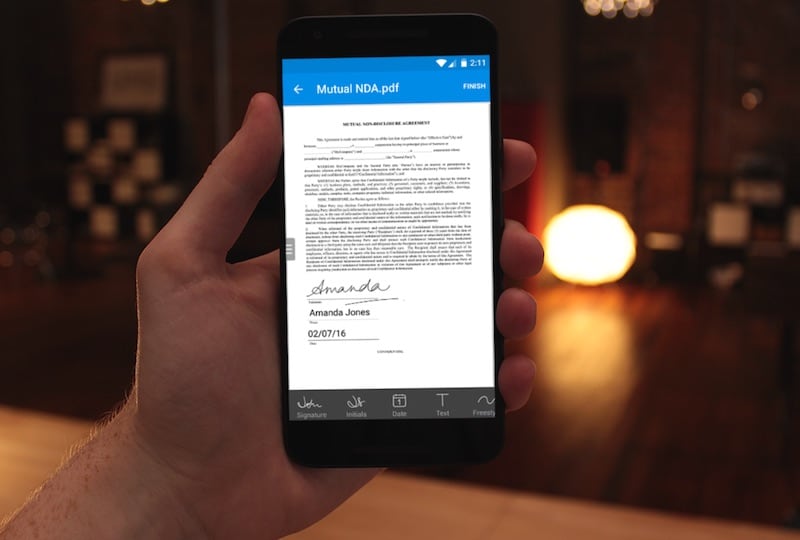 Today, when you talk about startups in India, there's a lot of focus on funding - these announcements command a lot of attention and in some cases seem to have become an end goal in and of themselves. But there are still a few success stories from India that are bootstrapped - that haven't taken institutional funding. Chennai-based Zoho is one such example, as is QuickHeal. Another example is the Koramangala, Bengaluru-based (and San Francisco headquartered) SignEasy, which is a solution for electronically signing documents.

The company got its start when founder and CEO Sunil Patro was living in the US, and he tells Gadgets 360 that most of the revenues, and clients, are still in the US, which is also where the company's headquarters are. But Patro, and most of his 20-member team, can be found in Bengaluru's startup-hub of Koramangala, in a small but well-lit office with the requisite glass windows and table-tennis table.

Patro says that a few years ago, SignEasy was considering looking at funding, but decided against it after some consideration. "We were never actively pitching, but here in India there was some interest in the company, and I thought it might not be a bad idea," he tells Gadgets 360. “But the mindset in India is not really there. VC money means growth at any cost, and I thought this [being bootstrapped] was much more sustainable, and steady. And we've been very streamlined and cautious with our spending, and made enough of a profit that we've hired a small team in the US now for sales in the North American region."

Consumer businesses need more funds
According to Patro, one of the reasons this approach has been possible for SignEasy is because it is a B2B2C SaaS product - business to business to consumer, and software as a service, for those who don't speak the jargon. What that means is that although SignEasy is a product that gets used by consumers, as a solution, it's sold to businesses which can then deploy it. It's a service that can be integrated into workflows by companies, and paid for with a subscription, not just a product.

"In B2B SaaS like us, it's okay to take the slower approach," he adds. "And because our customers are paying, they give better feedback also, which we can use to improve our offering. In fact, the more they pay, the more they stick around as well."

On the other hand, for consumer facing businesses, there's a much greater need to grow quickly, since they usually can't directly monetise their audiences early, and for this reason, says Patro, VC funding is much more important in those scenarios.

It's a philosophy that seems to be working for SignEasy, because Patro tells us that in the last four years, the company has been profitable, and seen "high double digit growth." According to him, the company has 130,000 paying users "across different tiers, from prosumers and freelancers, to the big enterprises," and it's seen 4.5 million downloads. Perhaps more importantly, in the same period, 10 million documents have been signed, and "in the last three years, the number of documents being signed has gone up year on year by 50 percent," says Patro.

India has a lot of potential
According to Patro, the bulk of SignEasy's business comes from the US. "We have most of our customers in the US, and we work with a lot of partners there as well, such as Google, Dropbox, and for that reason having our office in the US is very beneficial," he says. On the other hand he says that the company has only scratched the surface in India so far.

The problem with this, as Patro point out, is that although digital signatures are considered more secure, applying them involves a lot more friction for the end user, and doesn't work well on mobile. "In the rest of the world, e-sig [electronic signatures] really took off. We have customers in banking, real estate, legal firms, all kinds of uses, and any time someone asks you to scan a document with your signature and send it, this is really the same."

The important thing, he adds, is that any kind of signature must fulfil three needs - first, authentication of the user; second, integrity of the document; and third, it must be non-repudiable (can not be denied as having been sent). According to him, SignEasy meets all these needs.

New users, new features, new platforms
About a year ago, SignEasy launched its Web interface and according to Patro, that's the fastest growing part of the business, in terms of users, revenue, and documents signed. For now though, mobile users still account for 85 percent of the user base, he says.

Interestingly, mobile Web is one of the biggest new use cases for the company. "The thing is that business users will send documents to sign to customers, which could be an offer letter, or a loan application, and if they ask the customer to download an app at that stage, it's unnecessary friction," explains Patro.

He says that although the company has been growing steadily for seven years now, there's still a long way to go. He gives us the example of a new feature that the company has just launched, called Document Fields.

"So normally, when you send a document to sign, the user has to figure out where to sign, and has to check to make sure that they've signed in all the places," he explains. "Now, the sender can mark out document fields, so instead of panning and scrolling, you can just tap the 'next' button to get to every field. This way, you'll know where to sign, and won't miss anything."

New features like this will keep coming, Patro says, and adds, "aside from that, India is still a very big story, and even in the US where we've got a large customer base, we can still grow a lot more. In the pipeline now are tools for document creation and collaboration, archival, and shareability. There's a lot more to come."