Thanks to Reliance Jio, the price of data has dropped dramatically and people have started to look beyond YouTube and Facebook when it comes to viewing videos. Apart from on-demand video services like Netflix, Prime Video, and Hotstar, new 4G data plans have made your mobile phone a possible alternative to cable television or DTH as a way of watching live TV. The challenges to this have so far been the high cost of accessing apps that provide these services, and also the lack of fast and affordable Internet connections. While Reliance Jio-inspired competition has taken care of the latter, in the last few months the landscape of apps and services has changed quite a lot as well, and you now have apps such as DittoTV that offer live TV for just Rs. 20 a month.

There's also Reliance Jio’s very own JioTV app, which has improved significantly since it was launched to the public in September this year. For Jio Prime members, access to Jio's apps such as JioCinema, JioMusic, and JioTV is free through 2018, so the only cost included is data use. When we last checked the JioTV app in December, it had reached some 350 channels, mostly in regional content, and the app's navigation and ease of use left a lot to be desired. Still, in terms of content, that had been a step up from the roughly 200-plus channels that JioTV launched with. But how does the app measure up today? Let’s find out.

Now, three months later, 430 channels available are on the the Reliance Jio TV app, including the recently added HBO HD, which went live on the platform on Sunday, April 30.

This includes 62 HD channels, of which 23 are in English and 22 are in Hindi. Telugu has four, while Bengali, Kannada, and Malayalam each have three HD channels. Marathi, and Tamil both have two HD channels. Adding SD channels, Jio's offerings are available across 10 categories in 15 languages, including one Nepali channel. In SD, Hindi has a clear lead with 145 channels, and English follows with 63.

The JioTV interface is still pretty much like a set-top box's guide - you can swipe left or right to see upcoming shows, and shows that have been aired, and you can move up and down to see more channels. There's a menu to choose channels and categories, and you can also switch to a thumbnail view to look at channels, while search lets you look for content, and channels. 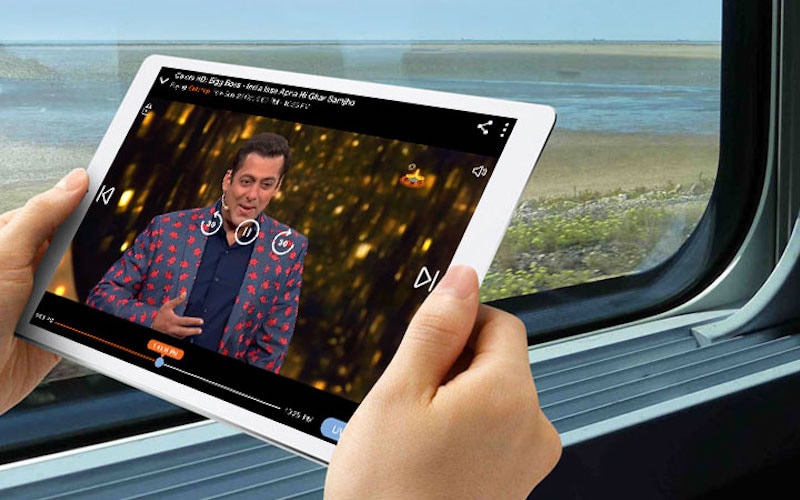 What's improved - apart from Reliance Jio's content selection (which is a pretty big deal by itself) - is that there are small tweaks to make it easier to mark shows or movies to record for watching later. This is a pretty big deal, as you earlier had to go into a menu to schedule recording.

One small gripe we have with the Reliance Jio TV app is that not all the content available on the app falls under the seven-day catchup policy. While most shows are available for catchup viewing (watching after it has been aired), movies are only available live. Not only can you not watch a movie after it has aired, the JioTV also doesn’t let you schedule the recording of a movie ahead of time.

Otherwise, the app works pretty much as expected - tap on any channel and you can start viewing. You can minimise the video and browse through other channels while you keep watching, and as mentioned above, you have the option of scheduling recordings so that you can watch shows offline - after they have aired, of course. The saving takes place automatically. Unfortunately, while you can schedule an upcoming show to save, it's not possible to save a show that has already aired, even if it's available under the catch-up listings.

Entertainment options on JioTV are limited

Although there are a number of GEC (general entertainment channels) options available if you're a Hindi-speaker, Reliance Jio users in the rest of the country, and those who want English-language content, will be disappointed.

Right now, there are 28 Hindi entertainment channels available via JioTV, while there is only one English entertainment channel - AXN HD. Other Indian languages have around 10 options each for the most part, though a few like Bhojpuri (1), Punjabi (1), Gujarati (2), Urdu (3), and Assamese (4), also feel a little under-represented. If you're used to watching a lot of Star World, Comedy Central, FX, Colours Infinity, and so on, then you're going to find the channel list quite limited. 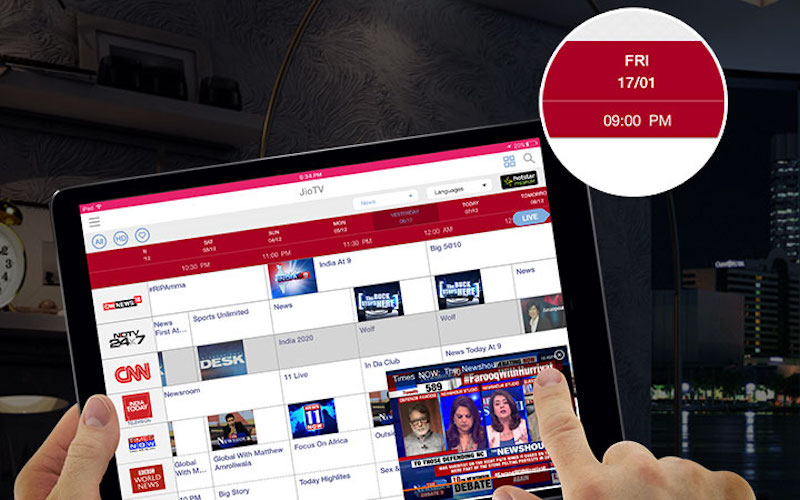 With that said, DittoTV has a far more limited list of channels, with around 100 offerings, largely restricted to the channels belonging to its parent, Zee TV. This does include Zee Cafe, but again, none of the other channels mentioned above that Reliance Jio’s offering lacks.

And with the way JioTV has been adding channels over the last six months, it's not too much to hope for that it will add more entertainment channels next, as it has built up a good movies category now. In movies, there are 15 Hindi channels, and eight English channels, though here the regional Indian languages have fewer options, with Telegu being the highest, at four channels.

Can you cut the cord with Jio’s live TV offering?

In the West, people who are getting rid of their cable subscriptions to get their TV via the Internet are called cord-cutters. This isn't a concept that has really caught on in India in a big way yet, but as DittoTV pointed out, the amount of video being watched on our phones is definitely growing.

Using JioTV, we noticed that across half an hour, as per the data tracker on the phone, our usage was around 140MB. This works out to roughly 300MB per hour with the quality set to low - that's pretty reasonable actually. If you're on Reliance Jio Summer Surprise Offer or the Dhan Dhana Dhan Offer, then you get at least 1GB of data every day, so you could easily watch an hour or two of television while also using the Internet for other things within the FUP limit.

The lack of English entertainment channels on the Reliance Jio TV app could be a deal breaker for some, but if the channel list meets your needs though then JioTV could well be a good option for cord-cutting - unless you really binge-watch a lot of television anyway, in which case the data costs might be prohibitive even if you are on the Jio network.

Further reading: Reliance Jio, JioTV, Live TV, TV Streaming, live stream
Gopal Sathe Email Gopal
Gopal Sathe is the Editor of Gadgets 360. He has covered technology for 15 years. He has written about data use and privacy, and its use in politics. He has also written extensively about the latest devices, video games, and startups in India. Write to gopal@ndtv.com or get in touch on Twitter through his handle @gopalsathe with tips. More
Merriam-Webster Adds 'Sheeple' as an Official Word; Lists Apple Fans as an Example
iPhone 8 Image Leak Tips Design Details, Analysts Bet on iPhone 'Super Cycle'