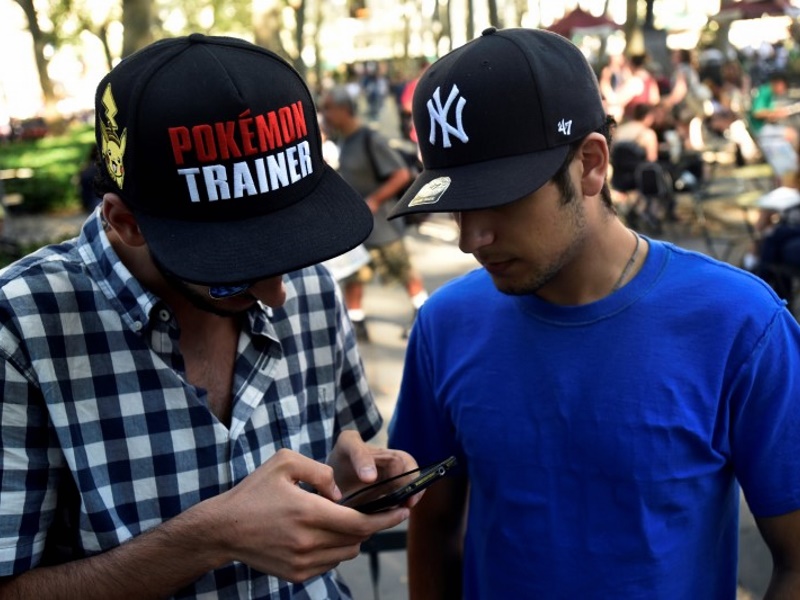 The Pokemon Go craze is blamed for several robberies of distracted mobile phone players, but the game's cartoon characters have also helped US police improve strained community relations and even arrest wanted suspects.

The app, created by mobile game developer Niantic for Nintendo Co Ltd, is upending the world of gaming, getting players off the couch and walking outside to play.

The game was the most downloaded free app on Apple's app store, and Nintendo shares surged nearly 25 percent on Monday.

Less than a week after launching in the United States, where it has drawn more than 7 million gamers to hunt virtual Pokemon, the game is also facing a backlash.

Hallowed places including Arlington National Cemetery outside Washington, D.C. have urged players to stay away, and the US Holocaust Memorial Museum has asked to be removed from the game, a museum spokesman said.

Across the United States, players have been drawn down dark alleys and into dangerous neighbourhoods in search of the imaginary creatures, only to be targeted by criminals.

In College Park, Maryland, university students holding their smartphones out to play Pokemon Go were robbed on Tuesday night by an armed suspect, police said. In Antelope, California, two men playing the game in a park late on Sunday reported being robbed and carjacked by a gunman.

Fireworks were thrown from an SUV at a group playing the game after midnight on Monday on the streets of Boca Raton, Florida, police there said. No injuries were reported.

And in Wyoming, a 19-year-old woman who set out to catch a Pokemon by the Big Wind River on Friday instead found a dead body.

The game was also to blame for a rash of car accidents in the United States. An illegally parked car whose driver had exited to catch a Pokemon was struck from behind, according to reports from Texas A&M University police, and another car struck a tree while its driver was playing the game while driving, Auburn New York police said.

At the same time, Pokemon characters have aided police, from helping catch elusive suspects to burnishing officers' public image at a time of strained ties between law enforcement and communities throughout the United States.

Noticing people playing the game on the street in Fall River, Massachusetts on Sunday, an officer on patrol jumped in to join them. The fun was captured in a photo that police posted on Twitter and was liked more than 4,000 times.

"They were able to talk about a common subject and it broke all barriers between them," Detective Nelson Sousa told local television station WPRI.

The New York City Police Department's 19th Precinct tweeted a photo of an officer riding in his cruiser with his "new partner" seated beside him, the popular Pokemon character known as Pikachu.

Two gamers playing in a Fullerton, California park on Tuesday wound up catching a man sought by police for crimes including attempted murder, authorities said.

They were alerted by other players to a man following women and improperly touching children, and so the pair notified police and detained him until officers arrived. He was later found to have an outstanding warrant for multiple offences.