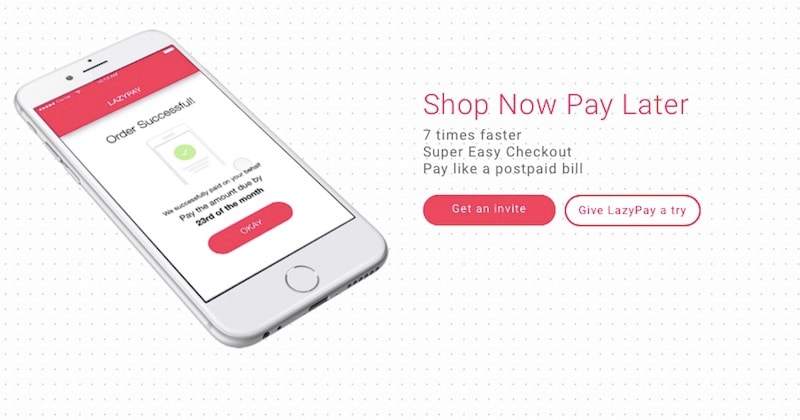 PayU India got its start as one of the many wallets competing in the Indian market, but soon exited that space and has instead established itself as one of the bigger payment gateways in the country. Some of India's most popular services like Zomato, Cleartrip, Myntra, BookMyShow, Lenskart, and Ola use PayU's payment gateway.

The company has two businesses: PayUBiz for enterprises, and PayUMoney for smaller customers. Recently, it also added a third 'buy now, pay later' option for consumers, calling it LazyPay.

PayU initially launched LazyPay in April but since then, the service has been in beta. Now, the company says it's ready to take the service live across partner platforms, and will be enabling it this month. PayU says that it's in talks with IRCTC to implement the option for rail tickets you can buy now, and then pay later, though IRCTC has already launched a pay later service powered by Mumbai-based ePayLater.

"Initially we were a wallet, but as PayU India our core business today is the gateway," explains Jitendra Gupta, MD, PayU India. "The credit market in India is broken, and that's what makes it difficult to carry out simple transactions. That's why we came up with the idea of LazyPay. Today it's still a pilot, but we're now in the process of acquiring merchants."

The way it works is simple - the company has a demo you can try if you like - when you are shopping online, on sites and apps that support it, you'll see LazyPay as a payment option, alongside credit cards, debit cards, net banking, wallets, and UPI.

Choose LazyPay, and you'll be prompted to enter an OTP sent on your phone. Confirm this number, and you're done with the payment. Once you've done this the first time, the LazyPay system will simply verify your registered phone number against your device ID, allowing you to skip the OTP in the future, as long as you're using the same phone to make the transaction. The idea is very similar to what ePayLater, and fellow Mumbai-startup Simpl are doing, though thanks to its established business, PayU believes it can reach a wider audience more quickly.

Simpl Is an Anti-Wallet That Brings the Buy-Now, Pay-Later Model Online

PayU's LazyPay is essentially a small, short-term loan that you're given, and Gupta says that the amount you can transact depends on a lot of different variables that the company gleans from user behaviour - your loan can be as little as Rs. 500, to as much as Rs. 10,000.

"LazyPay is engineered in a way where analytics and machine learning are a part of the internal architecture," adds Gupta. "That is in some ways the unfair advantage we have over startups that are in this space, because the more data you have, the more effective your system becomes."

"The idea itself is one we also had a long time ago," he continues, "but rolling it out took a lot of time. The reason we knew this was important was because it allows you to separate the purchase and the payment, and this reduces a lot of drop off."

To accomplish this requires a lot of data, as you're essentially providing credit without KYC, but Gupta says that in the three months of testing with four to five merchants, around 20,000 different consumers have made use of the platform, with roughly 30 percent repeating in a fortnight. And it's available across apps and websites on all devices, he adds.

"We've got a fortnightly payments cycle, and we've seen virtually no delinquency [people not making the payment], less than 3 percent delinquency," says Gupta. He adds that there are over 80 different variables that are taken into account, from your location, to the time of transaction, to the device being used, and even the type of connection. "We also look at other things like the speed of the transaction, so if you're on a desktop, using IE 6, and are taking time over the transaction, just as a rough example, we might conclude that you're a senior citizen, someone tech savvy but not a digital native," he explains.

As an end user, you're not charged extra for using LazyPay. Instead, like the other services, PayU makes its money by charging the merchants a fee.

For LazyPay payments, this would typically be 3 percent - compared to 2 percent on other payment options - though the exact number may vary depending upon the specifics of the deal signed between PayU and the merchant.

The LazyPay demo we tried out shows that the experience is really straightforward, and it does offer some advantages over a mobile wallet, especially if you are a frequent user. As your mobile wallet usage goes up, the frequency with which you have to top it up also increases. On the other hand, a deferred payment service which sees you as a good customer would just raise your limits in the background, with no input required from your side. And your money is not sitting idle in a silo when you're not using it either.

"Things where you repeat transactions, small and frequent transactions, such as food, ticketing, and cabs, are all very good categories for this kind of product," says Gupta. He adds that the company is already in advanced talks with IRCTC to integrate the option there, though he didn't say whether this would affect the existing options like ePayLater. People might not buy train tickets that often, but as Gupta points out, IRCTC is still one of the busiest online sellers, and a great place to expose people to a new payments product. Beyond that, he adds that LazyPay would also help decrease the payments failure rate when making online payments, something that can be quite frustrating about using the IRCTC site.

Whether these kinds of deals will allow LazyPay to take over the emerging pay-later market that is just starting to be seen in India is an open question.