Facing a cash crunch in the wake of demonetisation, the people in India have adopted digital payment gateways like never before. And with plastic money – credit and debit cards – restricted to point-of-sale (POS) terminals, mobile wallets are having their day in the sun for now at least.

We’ve previously covered the most popular wallet options at your disposal, but using them isn’t always as simple as handing over the card to the merchant. If you've used a mobile wallet to pay a friend - maybe to split your food bill - then you've probably transferred the money by sharing your phone number. That's not something many people would be comfortable doing, when buying vegetables or paying for an auto, at every single shop. The good thing is that the wallets have plenty of alternatives to allow you to pay without giving away your private details.

If you too are interested in exploring a digital-wallet-driven world, but are hesitant to part away with sensitive information, here’s what you need to know, for some of the biggest apps:

Paytm
With Paytm, you can scan the QR code displayed by a shopkeeper to make payments. You can even pay using an auto-refreshing one-time password, just as with Google’s two-factor authentication system, via its Authenticator app. Other payment options include generating your own barcode or QR code to make the payment. All three options refresh every minute.

How to access: Hit Pay or Send in the first row of the Paytm app and then choose your desired option: Scan Code or Show Code. 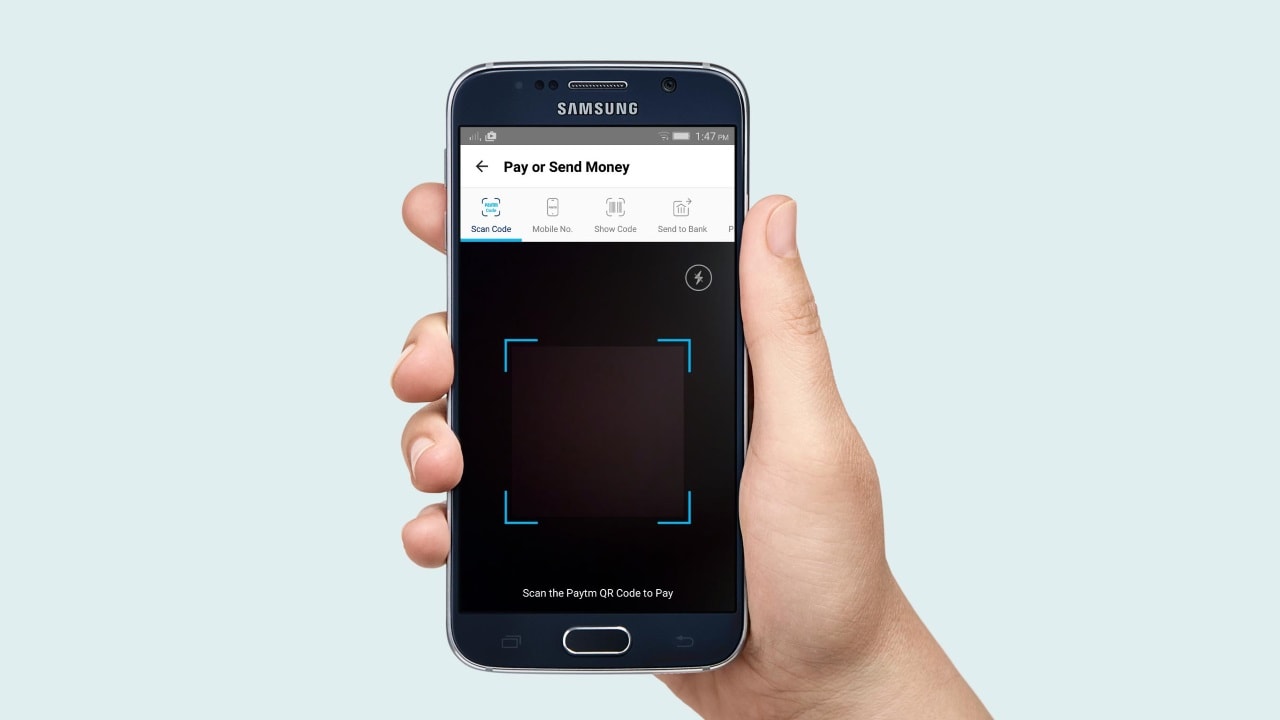 FreeCharge
As with Paytm, FreeCharge supports scanning QR codes or displaying one on your screen. It has a one-time password option as well, which FreeCharge labels as “OnTheGo Pin”, and it refreshes every minute as well.

FreeCharge supports two other payment methods as well – its PayTag system, meant for merchants, allows them to create a unique identifier akin to a username; and Sound Payment, which uses ToneTag’s technology to initiate payments, which works a bit like NFC, but with sound.

How to access: Choose Pay or Send on the app’s opening screen, and then pick from the options: OnTheGo Pin, Scan QR Code, Show QR Code, or Sound Payment.

MobiKwik
Apart from the regular options, you can scan QR codes and an auto-refreshing alpha-numeric code to pay via MobiKwik at offline stores. And like FreeCharge, MobiKwik also has a unique identifier system for merchants (in the format of ABC123), and the entire database of registered sellers is searchable via its app.

How to access: Tap on Transfer / Pay to… at the top of the app to look through the database, or touch the QR code symbol just to its right for, well, QR code scanning. To access auto-refreshing password, hit the contacts-hamburger menu icon on the top-right, and then select Pay at Store. 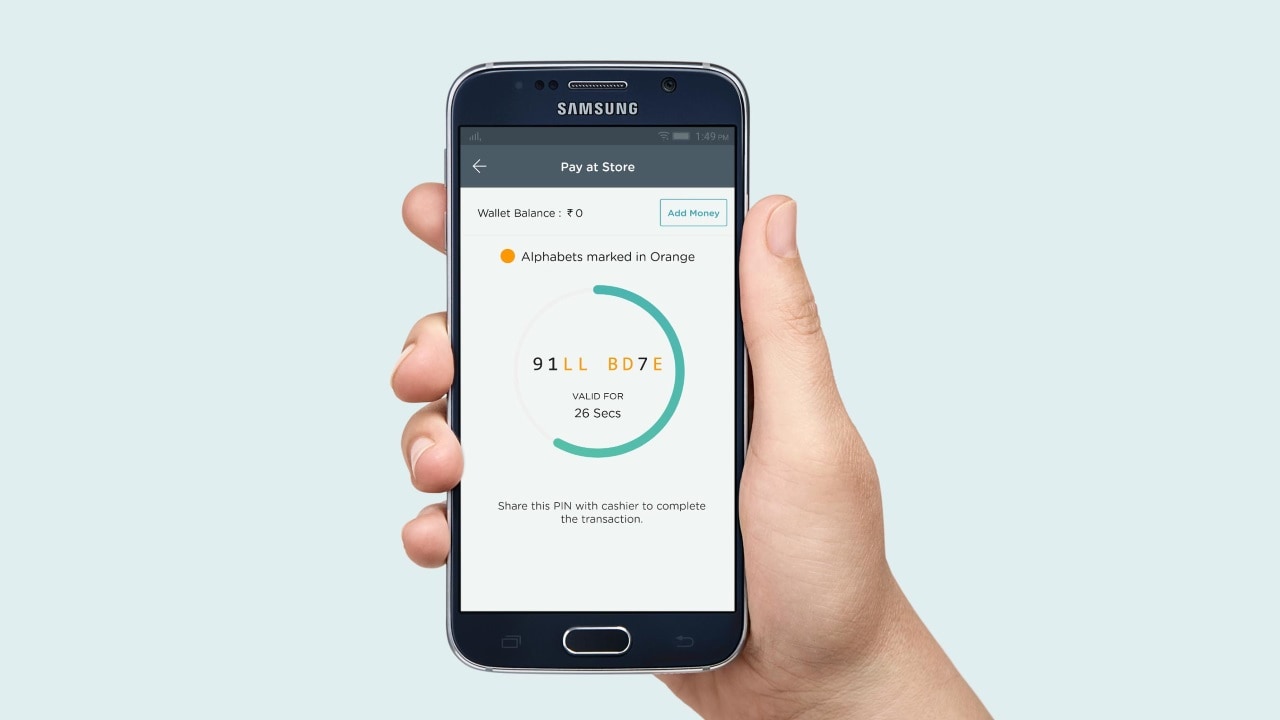 Ola Money
For offline payments, Ola Money isn’t equipped very well. The only payment method is by using an Ola Money PIN, which refreshes every 24 hours, as opposed to the 1-minute refresh cycle of its competitors. Probably not the best implementation considering the security risk.

How to access: The option to view your daily PIN is front and centre on the Ola Money app, under Your Ola Money Pin. It can’t be any more obvious. Also, the app displays it on the main screen itself, so you only have to open the app really.

PayUMoney
PayUMoney lacks in both options and its UI when it comes to offline payments. You can search from a database of available merchants to avoid paying cash, but that’s all there is. If you’re at a local shop and you wish to use a mobile wallet system, stick to the ones above.

How to access: Hit the hamburger menu icon in the top-left corner, and choose Search Merchants. Voilà.

Oxigen
Instead of an auto-refreshing one-time password, Oxigen generates one upon your request. You can then pass that onto the shopkeeper to make your payment. With the app, you can also search for retailers near you that accept payment via Oxigen with its Stores Near You feature.

How to access: Choose the hamburger menu icon in the top-left corner, and touch on Generate OTP. You will then receive one via SMS. You’ll find Stores Near You right under Generate OTP. 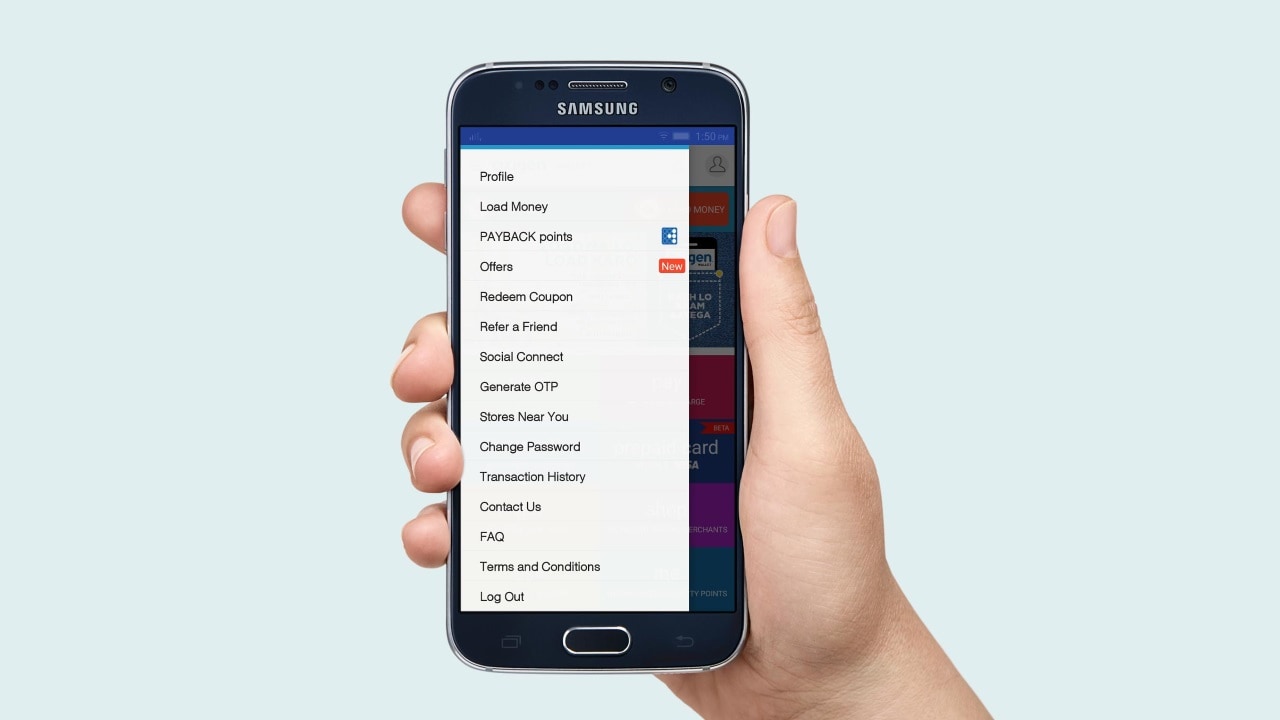 Airtel Money
Just as with Oxigen, you can make find out the places that accept Airtel Money around you with its View Merchants Near You function. And while there is no QR code option, Airtel Money does support ToneTag’s sound-based proximity payment method, like FreeCharge.

How to access: In the top bar of the app, select the third option labelled Pay Merchant. There you’ll find Tone Tag beside Mobile Number, and View Merchants Near You towards the bottom.

Jio Money
The only offline payment method supported by Jio Money is a unique barcode system, which expires every 2 minutes but is only generated after you enter the amount to be paid.

How to access: Jio Money complicates matters as it makes you enter your mPIN every time you open the app. Once you’re in though, the Pay At Shop function is one of four options at the bottom. Enter your bill amount, and click Generate Code to get a barcode.

Have you been using some other mobile wallet? Did you face any problems? Share your queries via the comments below.