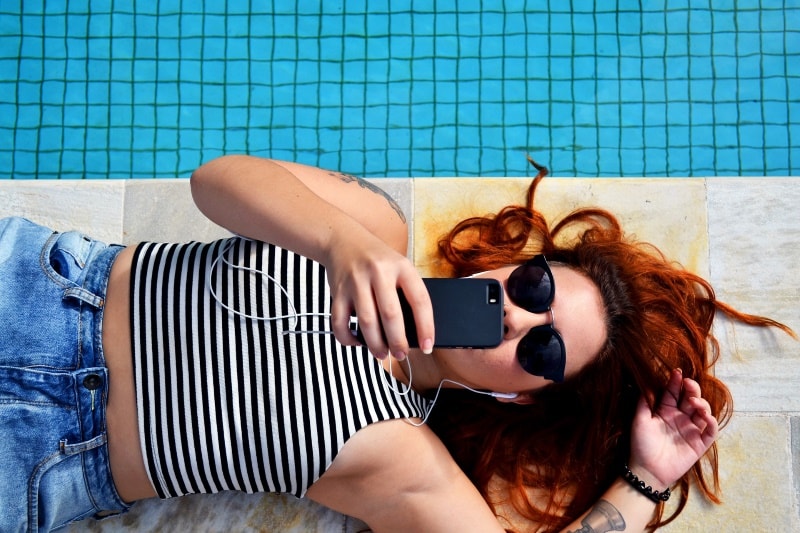 Game developer Glu Mobile Inc. is working to let users play a future release by streaming it on their devices. No sifting through an app store to find it and no download required.

Applications are streamed by clicking a link on a mobile website, in a text or e-mail message or through social media. The ability to access them without downloading is gaining the attention of companies like San Francisco-based Glu because, let's face it, it takes time and effort to search for and install apps.

Almost half of smartphone users don't download a single app in any given month, and the average user downloads two, according to researcher ComScore Inc. One of the problems is there are just too many apps, even within games, and that's made it harder for people to find ones that interest them, said Richard Au, a senior technical director of a Glu studio.

Streaming "presents the experience of your app without all the barriers; that really helps with discovery and brand awareness," Au said. The ability to tap into apps through social media also boosts engagement, he said. Friends or Twitter celebrities might invite users to join them in games by clicking on a link.

Streaming could threaten the livelihood of app stores run by Apple and Google parent Alphabet Inc., both of which offer more than 2 million applications and take a cut of as much as 30 percent of an app's price.

That's a lot of money: Total app store revenue worldwide, excluding in-app ads, should reach $102 billion in 2020, up from $52 billion this year, according to researcher App Annie. And while fewer than 100 are enabled for streaming today, the number will climb to about 100,000 in five years, said Raul Castanon-Martinez, an analyst at 451 Research. He called that a conservative estimate.

"App streaming is certainly a very viable and very threatening future way of interacting with mobile content, mobile games and mobile apps," said Roger Entner, an analyst at researcher Recon Analytics. "It could very significantly impact app stores, especially if you have a blockbuster app. It's a huge revenue impact."

Take the summer phenom augmented-reality game Pokemon Go, for example. It drew almost 55 million users in July, according to ComScore.

Sega, the Japanese publisher of Sonic the Hedgehog games, and Glu are using technology from startup 1APP to stream their apps on iPhones or Android devices. Menlo Park, California-based 1APP, which launched this month, takes an undisclosed share of revenue, though Chief Executive Officer Raheel Hasan says it's less than what the app stores get. He said the company has a second business model in which it charges per use.

Other developers are adopting Google's streaming technologies, including Instant Apps, which rolled out in May and lets users access parts of an app. Facebook Messenger began letting developers embed app-like capabilities, bypassing app stores so that users can, for example, summon and pay for rides with Uber.

One big drawback: app streaming only works where connectivity is available. That could be problematic in rural areas, emerging countries and even at crowded places like football stadiums where lots of people try to get online with mobile devices at the same time.

"The cons of it is, you need a constant network connection," said Mike Facemire, an analyst at Forrester Research. "The offline network capabilities are obviated. There's a difference between having a connection, and having a good connection."

On the plus side, streaming has shown to increase app usage. Startup Chimani, which has 64 apps that act as guides to national parks, was one of the first developers to try Google's streaming last year. The functionality increased the number of user sessions - essentially, the number of times users accessed the app - by 23 percent from a year ago, according to the Portland, Maine-based company.

"They are virtually interacting with our apps and not doing a download," Chimani CEO Kerry Gallivan said in an interview. That's a big deal because the company, whose apps are free, makes money off sponsorships from companies like Subaru Co. "By having increased user sessions, that translates into increased impressions, which is one of the measures we use."

Google's technology only works on Android devices, and that's a problem, Gallivan said. Older Android phones working on more dated versions of the Google operating system may not be able to use the streaming feature. With Apple the top smartphone maker in the US with about 43 percent market share in September, according to ComScore, Chimani wants to target Apple devices as well.

1APP works with all operating systems and devices, which has helped it snag more than 1 million users since it began trials last year. It streams the apps from remote servers.

As wireless networks get speedier and more widely available, streaming will become more reliable and the connectivity risks will likely diminish.

"It is just not practical for users to keep downloading apps endlessly," said Castanon-Martinez, the 451 Research analyst.