Myntra Moves Towards Profitability, With an Eye on Machine Learning

Jabong is for youngsters, college-going customers who are looking for more quirky clothes; Myntra skews slightly older – people in their 20s; and Flipkart is for the masses. With three e-commerce marketplaces that all sell apparel under one umbrella, it’s not surprising that the company has found ways like this to differentiate between its brands, and see that they don’t cannibalise each other.

Although e-commerce remains a tiny part of the apparel retail ecosystem in India, within the online space, for a while now it’s been pretty much a two-horse race between Flipkart-owned Myntra and Jabong. So when Myntra acquired Jabong earlier this year, it gave the company a pretty commanding position in the market. “Between Flipkart, Myntra, and Jabong, we cover 70 percent of the market,” says Ananth Narayanan, CEO of Myntra and Jabong.

The company claims to have grown 80 percent year-over-year, and Narayanan adds that it’s on track to be profitable by 2018. It hit a run rate of $1 billion this year, and is aiming to double this next year, as the monthly active users have been growing steadily. 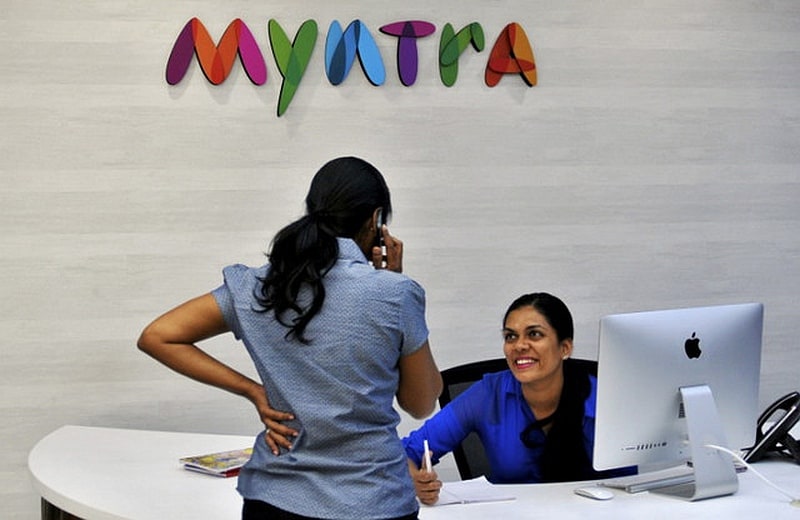 According to Narayanan, the majority of these users still come from the app – when Myntra went app-only in 2015, it had said that there weren’t enough people using the site from the desktop. Myntra relaunched its desktop website this year, but he says that Web users only account for 10 to 15 percent of the revenue; mobile Web adds another 5 to 10 percent, and the remaining 80 percent all still comes from the apps.

Demonetisation is good in the long run, and not bad right now
Like most online businesses, Myntra stands to gain from a long term shift to a cashless economy. Cash on delivery has been a problem area for most e-commerce companies for a number of reasons, and the demonetisation of Rs. 500 and Rs. 1000 notes is actually kind of beneficial.

But cash on delivery has also historically been a huge part of online orders – so is the tradeoff worth it in the short run? Yes, says Narayanan. “Online is still so small in India, from 2.5 to 3 percent of the total market, so growth will keep happening. But we’ve seen it drop from 80 percent to 60 percent growth, but this is only temporary,” he says, “and in the long term it will have a lot of benefits. And one interesting thing we’re seeing, is that earlier CoD was 60 percent of the orders, and now it’s about 50 percent, but the percentage of card on delivery has shot up dramatically. Earlier, card on delivery was around 5 percent of all CoD orders, but today, it’s 50 percent of all CoD orders.”

It’s clear that even if people have the means to pay online, they would prefer to make the payments only after receiving their products.

(Also see: Simpl Is an Anti-Wallet That Brings the Buy-Now, Pay-Later Model Online) 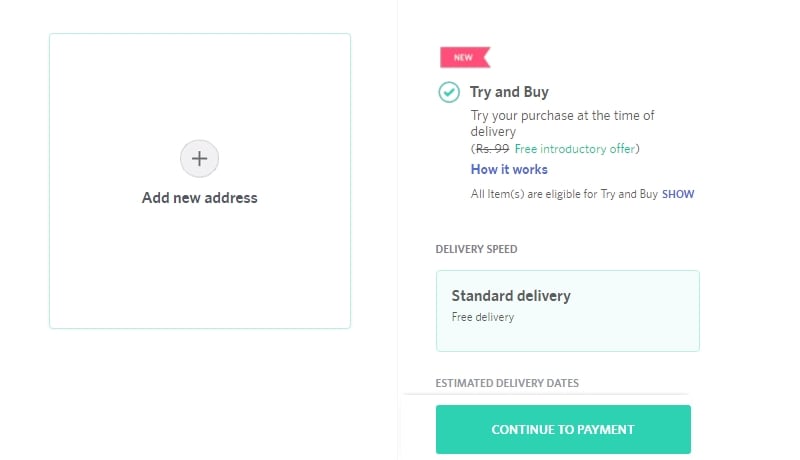 Ambarish Khenge, SVP and head of product at Myntra says that trust is an important factor for a lot of people, although you still have to pay before accepting the package. “We wanted to see how we could make this even better, and that’s why we introduced try before you buy,” he explains, “where you can get more than one size or colour, because the fit and feel is so important with apparel. Now, you get the products, try them on at home, choose the ones that fit and look good, and only pay for those and return the rest on the spot.”

“It takes away the risk completely, and lets you shop without any worries,” he says, “while reducing returns and addressing the same trust issues as cash on delivery.”

Making money
Although Flipkart has plenty of competitors in the apparel space including Amazon, and Abof.com BY the Aditya Birla Group, controlling such a huge part of the market between its three brands means that it’s been able to step away from discounting, and actually start making money. Myntra is on the road to EBITDA profitability – that’s earnings before interest, taxes and a few other similar deductions – and even Jabong has reached positive unit economics, Narayanan claims.

“E-commerce has been discount led, but we now have as much full price sales as discounted, with over 200 brands, and with the brand accelerator program, we’re proving that you can build a brand online,” he says. 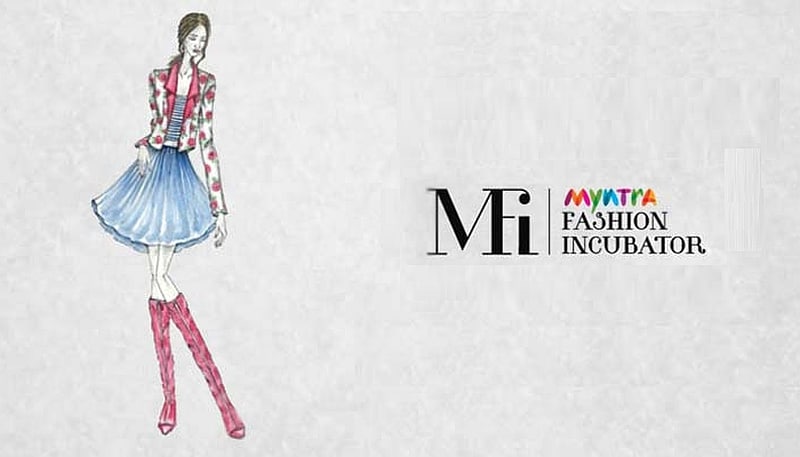 Another example of how its large share of the market is helping it become more profitable is in how it was able to use this to cut discounting. “We looked at the common styles and realised that there were a lot of products which we could stop discounting without losing customers, and that helped us to make the business more sustainable as well,” Narayanan says.

Jabong will remain independent
He also adds that there are no plans to shut down Jabong – something that was said even at the time of acquisition – but to keep it running as well. He points to the 30 percent overlap that the brands have, and says that this means that for a lot of users, Jabong is able to offer something Myntra doesn’t, and vice versa.

“Myntra has 13 million users, and Jabong has 5 million. Online is so small right now,” he reiterates, “there is scope for growth for both brands. Aside from that, we did look at ways to make it profitable on a unit-level, and part of that was cutting down on unnecessary discounting, while part of that was looking at the logistics, and seeing where synergies could improve things. This has worked out really well.”

“Our goal is to ensure profitability across our brands,” he adds. 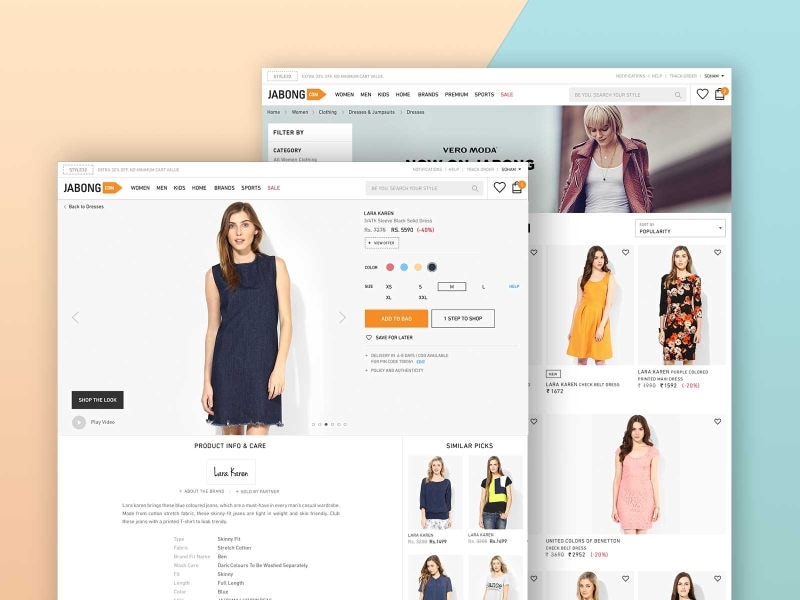 Better business through AI and machine learning
One initiative to help accomplish this is a growing foray into artificial intelligence and machine learning, Narayanan says. “Personalisation is very important, and we’ve been doing a lot of work on that front – it can help with a better customer experience, but also helps us in planning and executing our business,” he says.

“Right now, we are already looking at a lot of different data points,” Khenge explains, “so we are looking at things like the products you were looking at, the brands you like, and let’s say your location. Let’s say this [showing a screenshot to explain the idea] is a customer who likes these brands, and lives in Kochi. We know that she typically likes western wear, but on Onam day, we might recommend traditional and fusion clothes because of the location.”

“Then there would be suggestions similar to the brands you like, and what other people are buying from those brands, which we already do,” he continues, “but we could do more. For example, with a calendar integration, we could know that you’re going on a holiday soon, to Goa let’s say, and suggest outfits for the trip.”

“We are also looking at a personal assistant, so if you’ve been browsing for a while and not gotten anything, it will pop up to help you,” he adds. “And you can choose what type of clothes you’re interested in, and then look through different variations, ask for advice, and once you’ve found something, then you can ask what looks good with this. Now we can suggest looks based around the items you’ve already picked, which you might already own, and if you don’t you can buy them from us.” 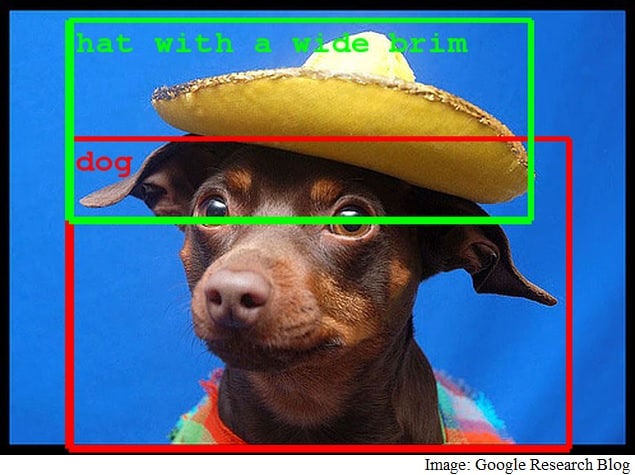 The idea is to boil down fashion tastes into a lot of mathematical pointers, and that’s where image analysis, text mining, and other such concepts come into play, says Ajit Narayanan, Myntra’s Chief Technical Officer.

“What we do is scan the image through a neural net, that performs more than a hundred layers of inspection to analyse the image, and breaks it down,”Narayanan explains. “So one layer will locate the edges, another could identify shapes, another could break down the textures, and then it uses all this information to ‘parse’ the clothes and break it down into a lot of tags, so you can say that this is a raglan sleeve, or that is a varsity sweater, and so on.”

“By doing this, we can generate all the ID attributes of an item, a full semantic breakdown, which allows us to tag the items at scale,” he says.

This in turn is helpful to the customer as it leads to better suggestions – but it’s also helpful to the business as it speeds up and cuts the costs for things like building the catalogue. It also helps surface data across the collection, to predict where trends are headed, which affects Myntra’s stocking, ordering, and warehousing operations as well, says Khenge.

Further reading: Myntra, Myntra Jabong, Flipkart Myntra, Apparel marketplace, Ecommerce, Indian ecommerce
Gopal Sathe Email Gopal Gopal Sathe is the Editor of Gadgets 360. He has covered technology for 15 years. He has written about data use and privacy, and its use in politics. He has also written extensively about the latest devices, video games, and startups in India. Write to gopal@ndtv.com or get in touch on Twitter through his handle @gopalsathe with tips. More
Snapchat Spectacles Get Customised Prescription Lenses Starting From $99

Myntra Moves Towards Profitability, With an Eye on Machine Learning
Comment