Must have games and apps for your iPhone 5

Share on Facebook Tweet Snapchat Share Reddit Email Comment
Apple has just updated the iPhone into its fifth incarnation. Skinnier, lighter and more powerful than its predecessors, and with a bigger screen, the iPhone 5 has tempted millions of buyers - including me. As a gadget fan, I had yearned for one and, with a perfect sense of timing, my 2-year-old son helpfully dunked my iPhone 4S into a cup of tea last week.

The arrival of the newest iPhone has prompted a flurry of new apps, many optimized to make the most of its bigger screen. So it's an ideal moment to highlight the more interesting ones that Apple is promoting. 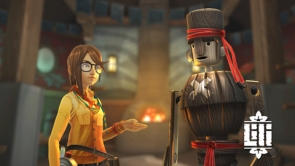 Games are always a great way to showcase a new device. Perhaps the most impressive of these apps for the iPhone 5 is Lili, a $5 game whose 3-D graphics could almost be for a games console. It's a role-playing game where you assume control of Lili, a young woman exploring a magical island. There's the usual mix of puzzles and tasks to be solved, but Lili uses an unusually simple control system where you tap and drag at the screen. This makes the game a joy to interact with, and it means even your younger children can play. Lili has amazing imagery and its own innocent Harry Potter-esque charm. 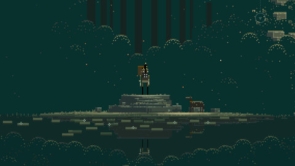 In a similar vein, Superbrothers: Sword and Sworcery EP is another charming $5 game. Despite its deliberately blocky graphics, which hark back to the early era of computer gaming, it's actually more complex than Lili. As you stroll through the role-playing adventure game, you use a sword and magic to progress. You can also collaborate with friends over Twitter. Its graphics don't stretch the iPhone's capabilities, but they do make the most of its new wide screen. Superbrothers is surprisingly engrossing, and funny too. And you'll want to play it with headphones because there's a lot of audio feedback, including an album's worth of original music. 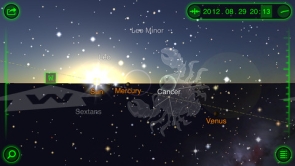 I'm an astronomy fan, and I've tried many star guide apps, but the $3 Star Walk may be the best. Like its peer apps, Star Walk uses an augmented reality system to display a picture of the stars in the sky. This moves as you rotate your phone, mapping the sky. But unlike some of its rivals, Star Walk allows you to use the phone's camera so it shows the real view of the sky on the screen behind the app's graphics. This helps you work out what stars and constellations you're seeing. The app also has real-time data on satellites, so if you're curious whether that fast-moving streak in the sky is actually the International Space Station, the app can tell you. The iPhone 5's bigger screen is an asset because you see more sky at once. 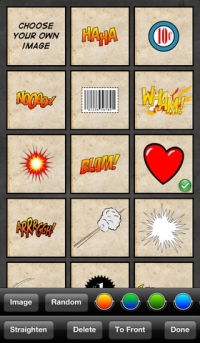 Despite one of the iPhone 5's strengths being its camera, a couple of apps are designed to deliberately spoil the image quality of your photos. Halftone app turns them into spotty halftone images like those in a color comic magazine. You can annotate your images with classic comic speech bubbles, captions and so on. It's fun and pretty easy to use. While some effects are included in the $1 price, there's an in-app purchase for the more extreme effects. Halftone might be perfect for generating a quirky birthday card image; I plan on using it like this.

E Color Splash is also a neat $1 app that'll let you turn parts of a photo to black and white while leaving selected bits in color, generating a Spielberg-like effect in a static photo. It's clever, and though it has slightly mystifying controls, they are well explained in the built-in help video. It's another app that is great for making card images, probably best for the holiday season if you highlight spots of green and red.

Prismatic, a free news aggregator tool, has been optimized to use the iPhone 5's full screen. It uses your online profile at sites like Twitter and Facebook to calculate your interests and sets up a rolling feed that contains news stories that you'd probably like to read, versus the unfiltered Web. Prismatic is more basic than the popular free Flipboard app, which has also been made easy to use on iPhone 5, but its graphical simplicity and gestural interface may appeal to you. And it's always good to try alternatives.

SpeedTest.net is not optimized for the phone's new screen size, but this free app is useful if you're curious about how fast your 4G-capable iPhone 5 really is for mobile data. If you're getting true 4G speeds, its needle will shoot past the maximum 20 megabits per second on its on-screen dial. Very satisfying.

Quick Calls
As promised, TomTom, the GPS company, has finally released its app for Android phones. But buyer beware. The North America edition, $60, is not 100 percent compatible with all Android phones, including some high-end ones. ... AT&T has released Voterhub, a nonpartisan voter assistance app. It's free on Android and Windows phones, and lets you register to vote or find your nearest polling place.

Must have games and apps for your iPhone 5
Comment