On Tuesday, Microsoft announced the availability of Office 2016 for Windows desktop platform. Used by more than 1 billion people worldwide, Office is not only the most popular productivity suite available on the planet, it is also one of the biggest revenue channels for the company.

Microsoft drops a new version of Office every three years. But despite being one of the oldest, and the single-most dominant player in the market, Office today faces more competition than it has in the recent times. A number of emerging players including Google's Drive suite, and open source alternatives like OpenOffice and LibreOffice offer several of Office's features for no cost at all. So what new features has Microsoft added in Office 2016 to drive it miles apart from the rivals? Here are the top 10 features.

1) Co-Authoring
Perhaps the single biggest addition to Office is the introduction of a feature called co-authoring in several of Office applications -- Word and PowerPoint. Co-authoring allows more than one user to work on a document simultaneously. Microsoft says that users can work on a document regardless of the device - read the operating system - they are using.

2) Office Sway
Microsoft has bundled Sway, a tool the company introduced earlier as a standalone service, right into the Office suite. Sway lets you make stylish media presentations that can be quickly made and embedded on websites.

3) Tell Me
Remember the annoying assistant Clippy that used to come in older versions of Office? Tell Me is a smarter version of it. Available in Word, PowerPoint, Excel, Outlook, Project, Visio, and Access, Tell Me is a smart assistant that can understand your queries written in completely human-y words. It will assist you with whatever issues you're having. There is also a feature called Delve, which as the company claims, uses algorithms to bring together the most relevant information or documents in one place.

4) Smart Lookup
Forget the crippled built-in dictionary, Smart Lookup features in the new Office version will provide you with contextual information about words and phrases you need to know more about. When you select a word or a phrase - in Word, PowerPoint, or any other Office application - the sidebar opens at the right side with details about the selected text from various sources, including Wikipedia. 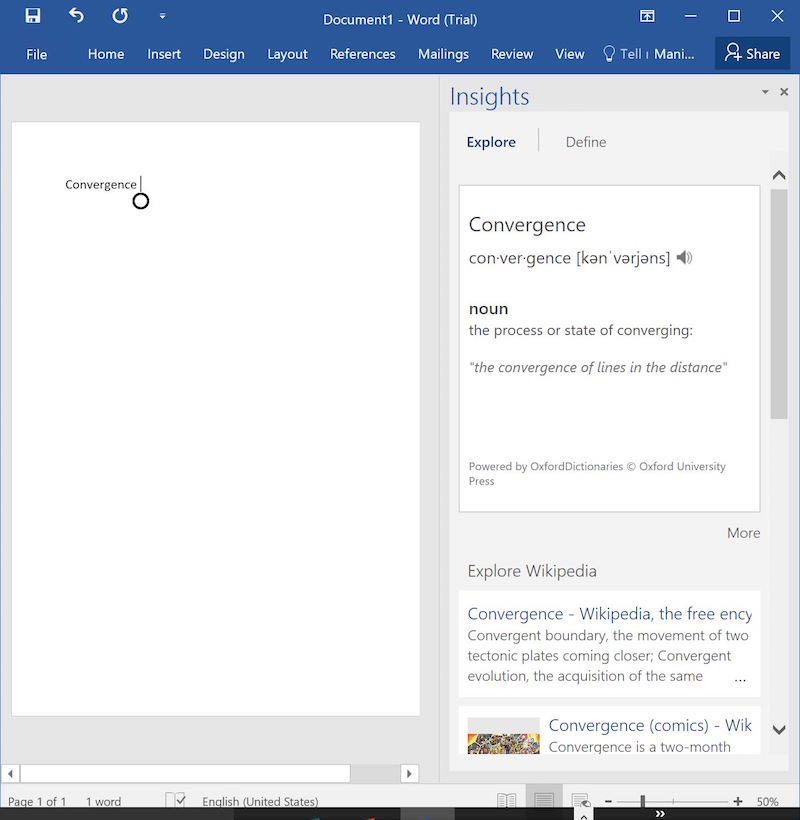 5) New themes
Microsoft has finally introduced the much-awaited, and requested dark theme option in Office. Users can now change the light, shiny interface to a rad-looking Dark Gray theme. The dark theme will also come in handy while working at night hours. There are a number of other themes as well.

6) Create forecasting with one click
It is now easier than ever to create a forecast charts based on historical data. Just select the cells, and Excel now offers one-click option to predict the future trends. The company mentions that it utilises industry standard Exponential Smoothing (ETS) algorithm to offer accurate data. You can find the one-click forecasting option called Forecast Sheet under the Data tab. 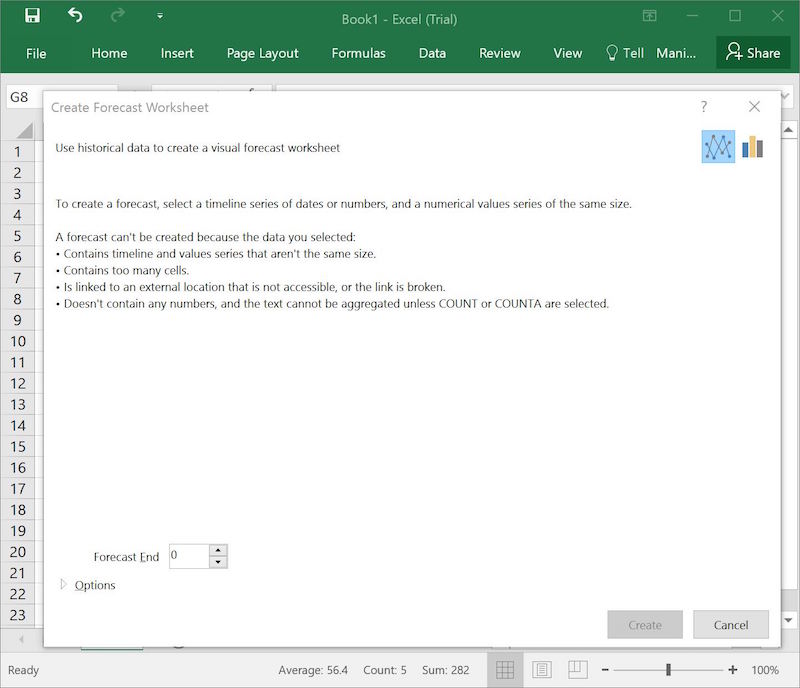 7) Mail Triage
Microsoft's Clutter feature in Outlook analyses your email pattern and also observes the people you interact with the most, and using these metrics, it prioritises your emails and only shows you what's really important to you while putting low priority emails into a separate folder.

8) Better integration with OneDrive and Skype
OneDrive integration enables you to open an Office document from anywhere and from any supported device. Not only can you access these files, you can in fact pick up right from where have you left on another device.

9) Planner
Microsoft is also introducing a feature called Planner that allows a team to make projects and quickly make tasks and documents. It utilises Office Graph, a feature that keeps a record of every document, email-related actions, and other activity log of a user. It is very similar to Trello, but with its ability to tap on Office Graph, Planner is arguably more efficient and useful.

10) Windows 10 support
There are several Windows 10 features that work great with Office 2016. Windows Hello - a biometric authentication measure the company introduced with the new desktop operating system which checks a person's face to login to the computer - also works with Office 2016. In addition, Cortana can work in conjunction with Office apps too and fetch important information and perform handy tasks.

What are your favourite Office 2016 features? Let us know via the comments.